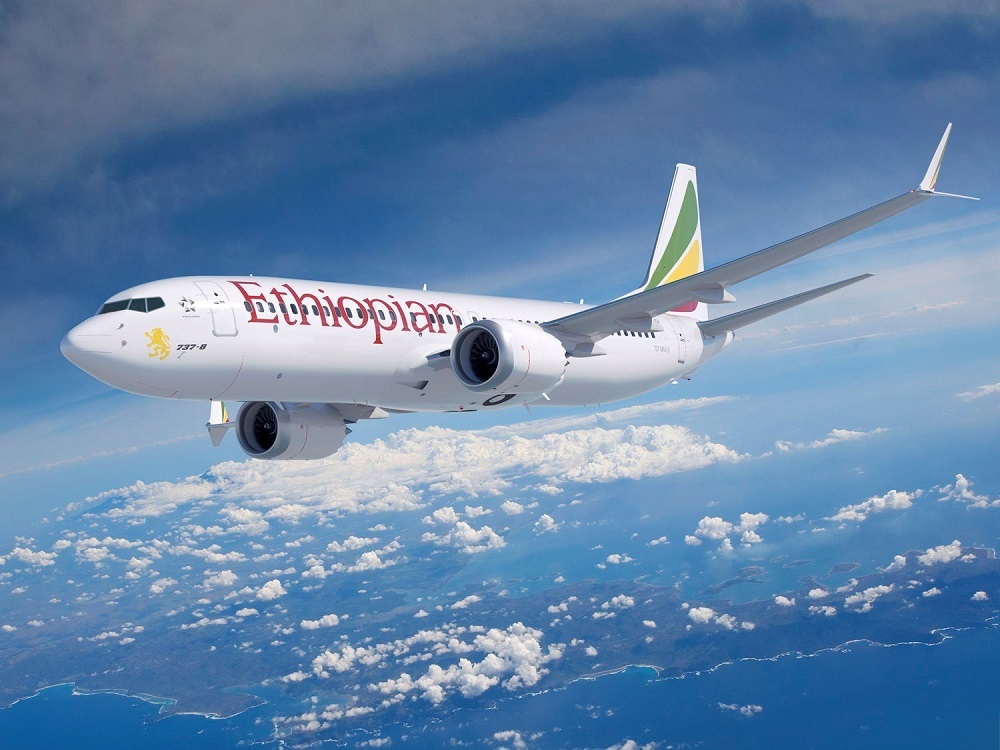 An Ethiopian Airlines jet crashed six minutes after it took off from Addis Ababa leaving no survivors.

The airline said that all 157 souls were lost in the crash of flight ET302 that was heading to Nairobi. It said 32 Kenyans, 18 Canadians, eight Americans and seven British nationals were among the passengers.

The cause of the disaster is still unknown and the airline confirmed that investigation is still ongoing. The pilot had reported difficulties and requested to return to the airport. The plane reported that its vertical speed was unstable after take off. The plane crashed near Bishoftu. Immediately, recovery operations were underway near the crash site.

However, witnesses at the scene claimed that the aircraft was in an intense fire as it hit the ground.

“At this stage, we cannot rule out anything,” Ethiopian Airlines CEO Tewolde Gebremariam told reporters at Bole International Airport in Addis Ababa.

“We cannot also attribute the cause to anything because we will have to comply with the international regulation to wait for the investigation.”

Slovak MP Anton Hrnko later confirmed via Facebook that his wife and two children were on the plane.

Deeply saddened by the news this morning of the plane crash in Ethiopia, claiming the lives of all on board. My heartfelt condolences to the families and loved ones of all the victims — including our own @UN staff — who perished in this tragedy.

A UN source also told Agence France-Presse that “at least a dozen of the victims were affiliated with the UN”, and that this may include freelance translators. The passengers were headed to a session of the UN Environment Assembly which begins in Nairobi on Monday.

The WFP family mourns today — @WFP staff were among those aboard the Ethiopian Airlines flight. We will do all that is humanly possible to help the families at this painful time. Please keep them in your thoughts and prayers.

World Food Programme executive director David Beasley said seven members of agency staff had died in the crash. Among them was engineer Michael Ryan, who was doing life-changing work in Africa”.

The pilot was named as Senior Captain Yared Getachew who had a “commendable performance” with more than 8,000 hours in the air, the airline said.

The same plane model was involved in a crash less than five months ago when Lion Air plummeted in the sea in Indonesia with nearly 190 souls on board.

In the case of Ethiopian Airlines, the aircraft is only four months old. This reignited the speculations that the airplane model could be at fault.

Ethiopian rolls out onboard wifi offering

Aviation round up: 20 years of Oneworld and the pride of Ethiopia

Aviation round up: BA waves goodbye to an icon, Ethiopian says hello Moscow and more