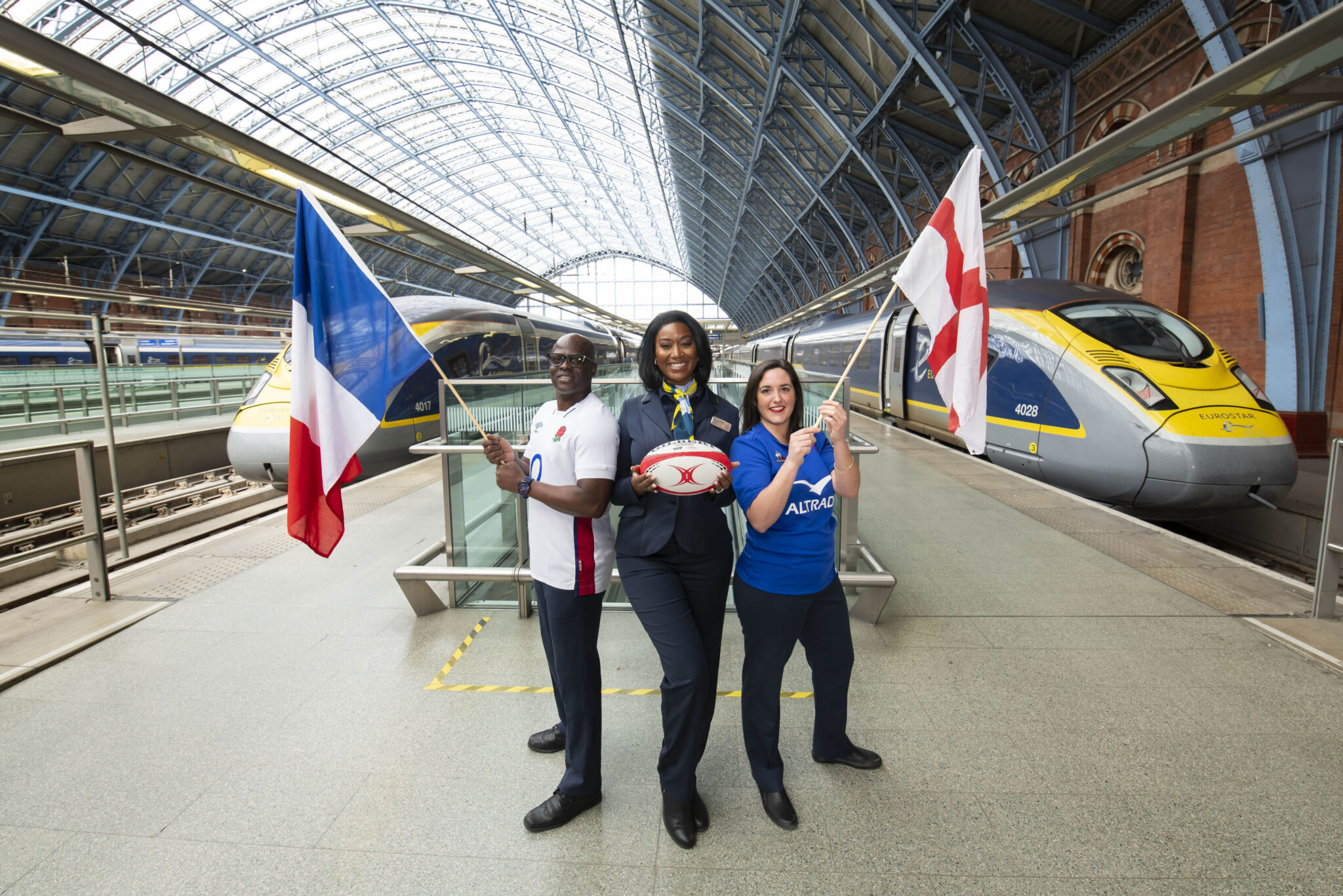 Eurostar, the high-speed passenger rail service linking the UK with mainland Europe, is set to welcome thousands of British rugby fans this weekend as they travel to see England take on France in the Six Nations rugby tournament.

Over 20,000* people are expected to travel by Eurostar from London St Pancras to Paris Nord this weekend, a near 12%* surge in normal service and the busiest weekend for Eurostar so far this year. The high-speed rail operator has added an extra service on to accommodate fans returning to the UK. Coined ‘Super Saturday’, all three of the final matches will take place one after the other on the same day. With France beating Scotland, Ireland and finally Wales last Friday, England are the only team left to take on the champions on their home turf in Stade de France, Paris.

Francois Le Doze, Chief Commercial Officer at Eurostar, says: “With the anticipation of the final game our French and British colleagues are united in cheering on both sides. We all very much look forward to welcoming England fans onboard Eurostar this weekend. With the UK’s removal of all testing requirements and the passenger locator form from this Friday, fans will be able to enjoy a seamless city-centre to city-centre travel experience.”