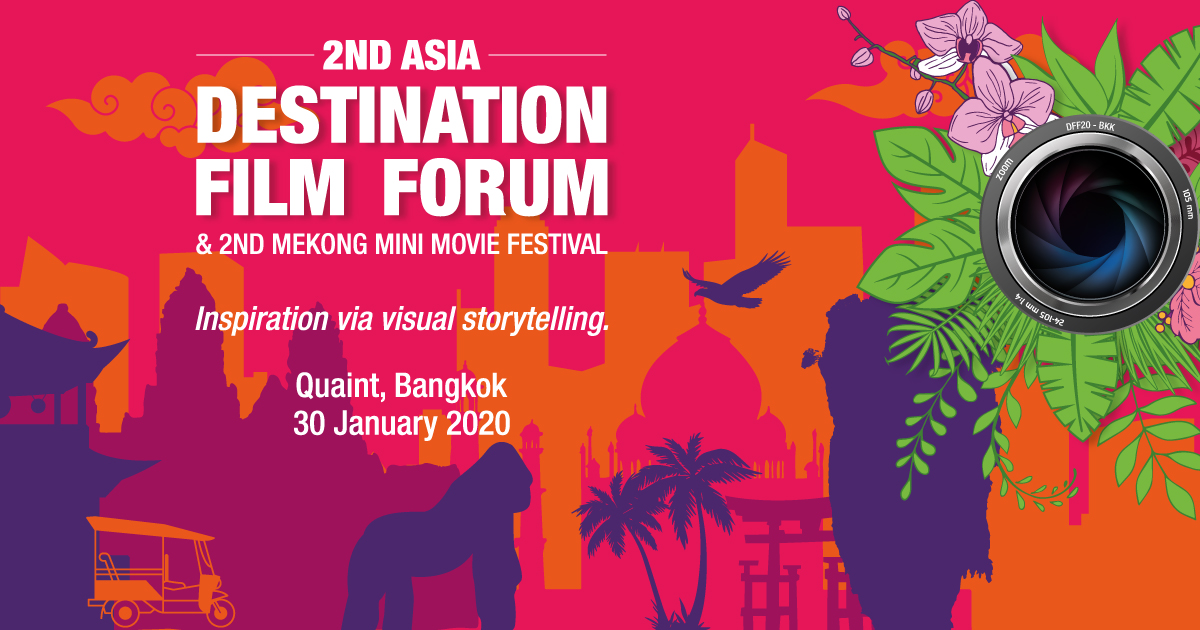 With close to 1,000 submissions and a total of 340 hours of playtime, the Asia Destination Film Awards received much attention from international filmmakers, tourism boards, travel companies, and content creators.

To highlight the role of visual content in destination marketing and sustainability, the 2nd Asia Destination Film Forum and Awards will take place in Bangkok on 30 January 2020 under the co-chairmanship of Itthipol Khunpluem, minister of culture in Thailand and Dr. Sorajak Kasemsuwan, secretary general of the National Federation of Motion Pictures and Contents Associations, Thailand.

An impressive line-up of speakers from Thai filmmakers such as Ekachai Uekrongtham (The Stranded – Netflix) and Tom Waller (The Cave) to producers of Hollywood movies such as Nicholas Simon (Avengers: Endgame, Kong: Skull Island), and Nick Ray from Cambodian film production company Hanuman Films (The Last Reel) will present on the importance of locations for filming and the role of Asian destinations.