Five US monuments that were never built

Monuments are prime tourist spots that signify a piece or moment in history.

Some monuments, from Mount Rushmore to the Statue of Liberty, are built with good intentions at hand. However, they were dropped due to controversy involved in choosing what to commemorate and where to do it.

Here are five US monuments that didn’t quite make it to completion, according to CashNetUSA. 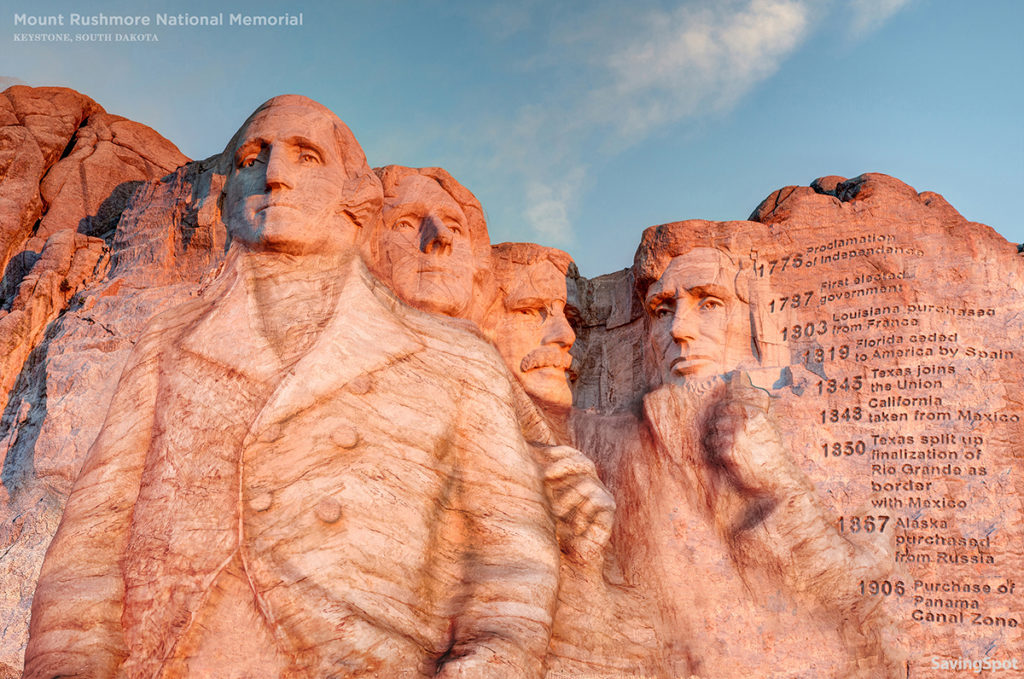 The presidential faces on Mount Rushmore represent four presidents by which future presidents are judged. Apart from the faces, there should be an inscription listing the nine most important events in American history in the shape of the land gained through the Louisiana Purchase. Due to problems in the rock, Lincoln was placed where the inscription was due to be. The project was further altered from the original intended design when disagreements over the allocation of funds became a sticking point and the sculptor, Gutzon Borglum, was forced to cut his presidents off at the neck. 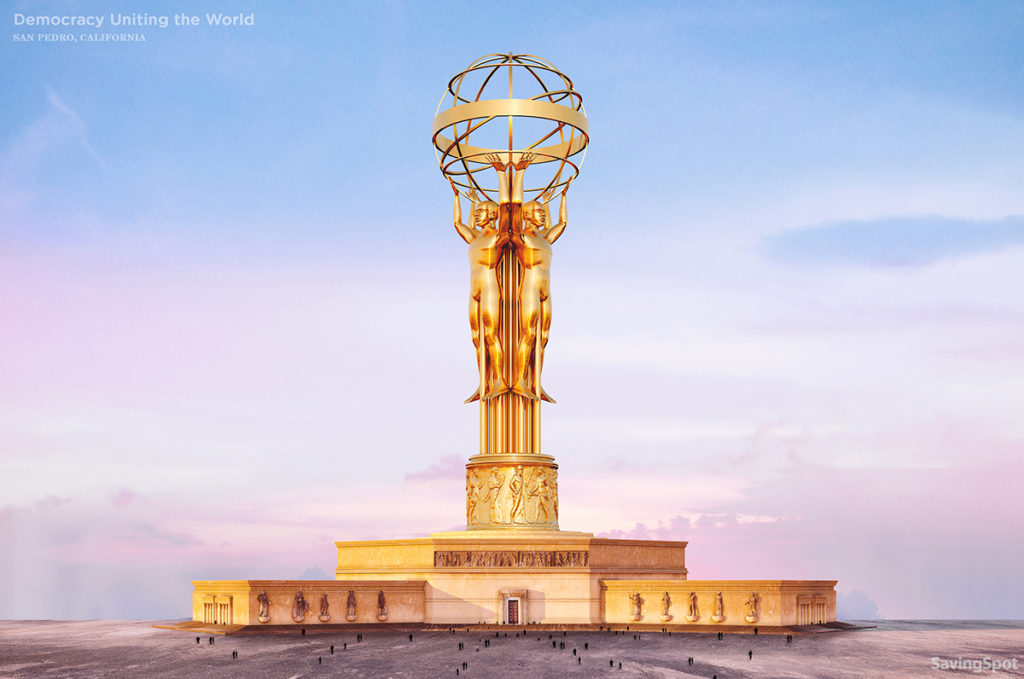 The Monument to Democracy was a failed 1954 attempt to give the west coast its own Statue of Liberty in San Pedro. The idea was to inspire the Asian nations on the far side of the Pacific to embrace democracy. 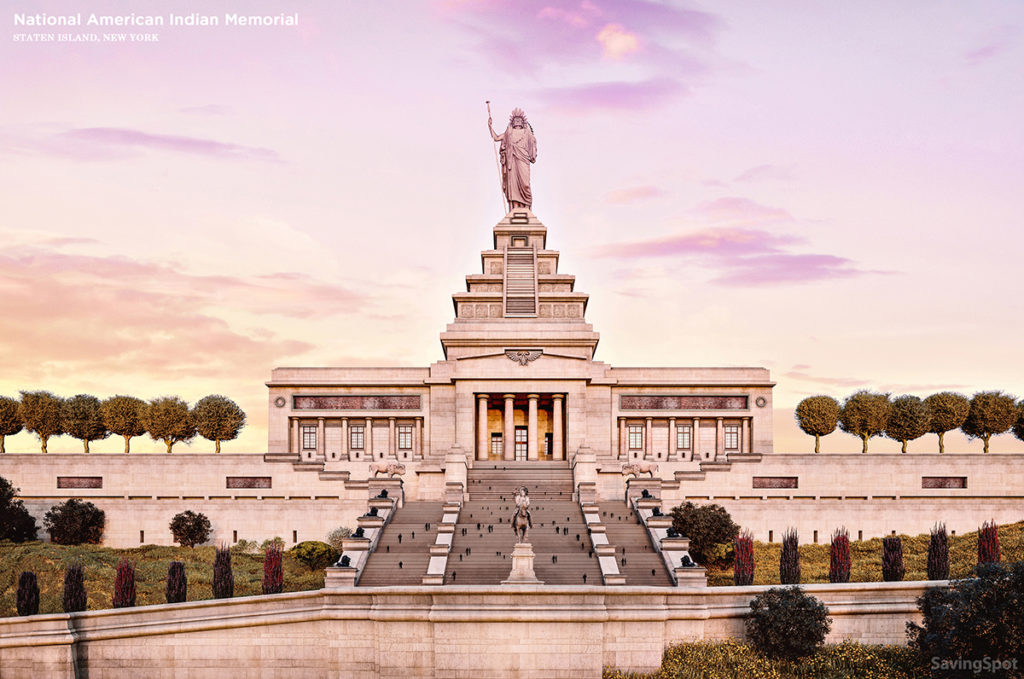 The sculptor of the Abraham Lincoln statue at the Lincoln Memorial was drafted to realize department store heir Rodman Wanamaker’s tribute to America’s indigenous peoples.

The native American figurehead, which would have been taller than the Statue of Liberty, stood on a Neo-Aztec pyramid, itself standing on an Egyptian Revival museum complex. The land was donated for the monument by an Act of Congress but withdrawn after the outbreak of World War I since it happened to be on a US naval base. 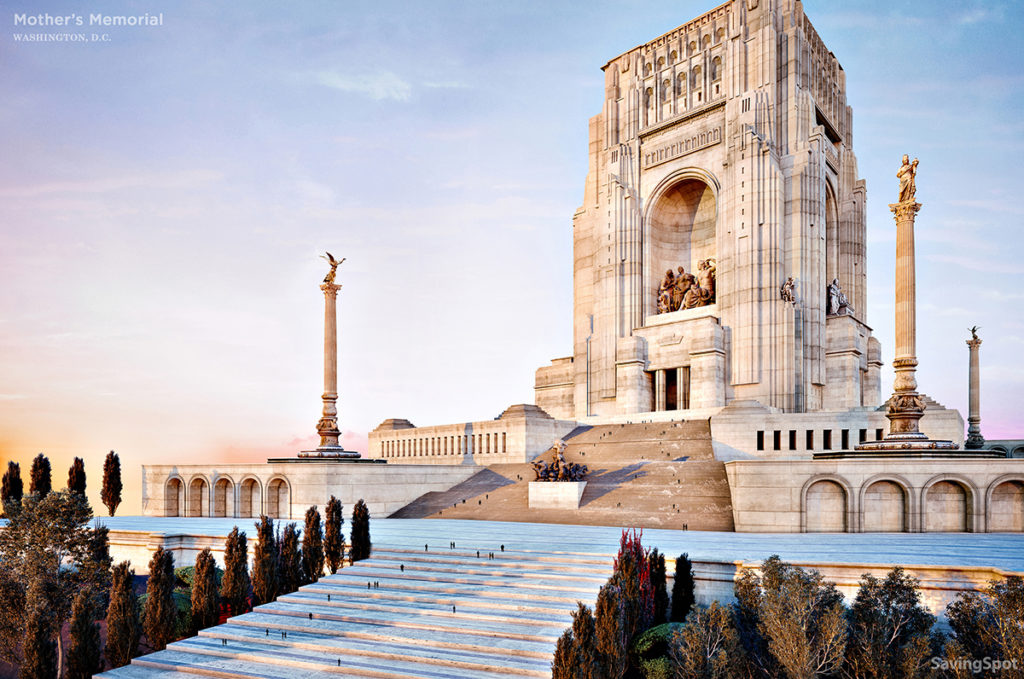 Mother-of-12 Calhoun’s tribute to motherhood fell apart amidst a bizarre and bitter court case against the memorial’s designer, William Clark Noble – himself orphaned in infancy. She accused him of blackmailing her; he accused her of withholding payment for the design and framing him for blackmail to get away with it. Noble collapsed with a heart attack at the climax of the trial and the monument, understandably, failed to materialize. 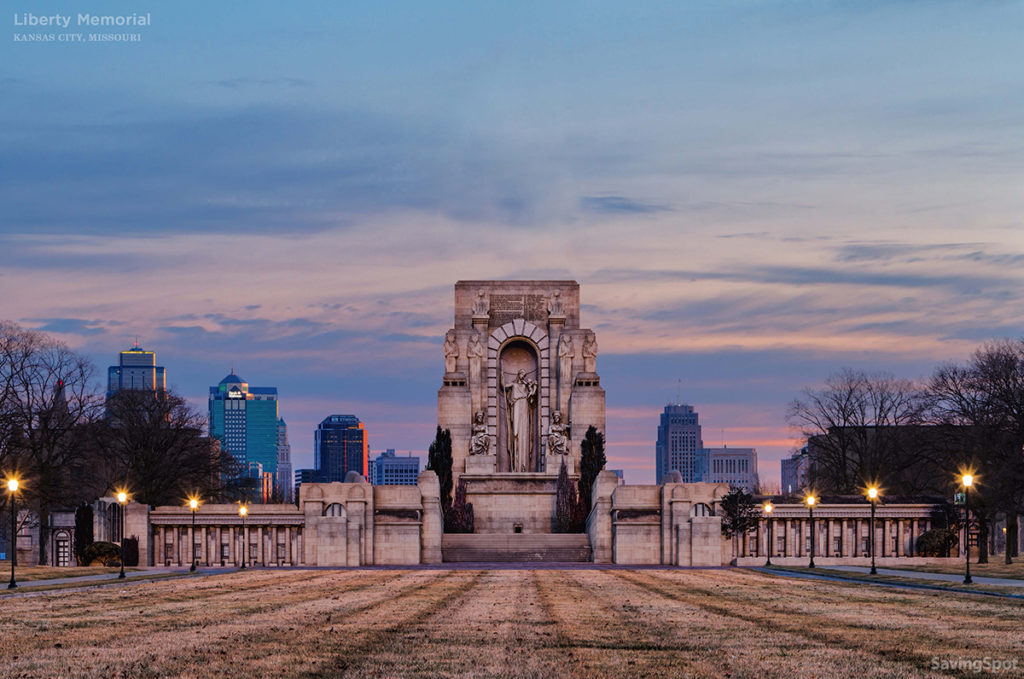 Bertram Grosvenor Goodhue’s entry to the competition to build a war memorial in Kansas City was considered the “most dramatic” design by the judges. His Gothic Revivalist walled acropolis would have had the appearance of melancholy sunken ruins broaching the city’s Signpost Hill.

To put it politely, this was not the upbeat and forward-looking structure the city hoped to see “soaring to the sky.” The judges gave it fourth place and instead opted for Harold Van Buren Magonigle’s illuminated tower, which can still be seen from across the city.

America’s monuments tell a story more complex than their intended message. The instinct to memorialize is a very human one which,  even if it often gets caught up in the knots of politics and money, results in some incredible structures – and some inspiring near-misses, like those above.

7 most underrated state parks in the US

Five US monuments that were never built