Friends with the sea: Coral conservation at The Andaman, Langkawi 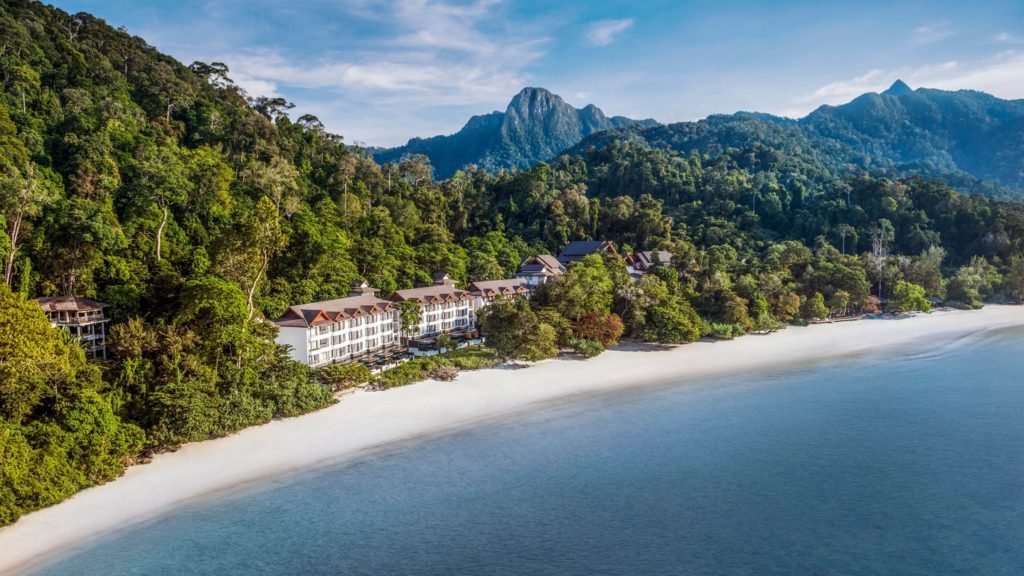 Luxury properties are often proud of their in-room jacuzzis an romantic dinner settings. From competing excellence in service to a secluded experience, islands resorts whet the leisure traveller’s tastebuds to the fullest.

But the marine life near Datai bay in Langkawi are blessed to have a local guardian that cares for them just as much as they do for their guests – The Andaman Langkawi. Shaped like the Langkawi mascot, an eagle, the Andaman is cosily tucked away between a 10 million-year-old rainforest and the tranquil Datai Bay and its 8,000-year-old fringing coral reef. It became a part of the Marriott Luxury Collection that rewards unique properties in the world owing to their crafted blend of localisation, in 2010.

Strategically located within an ancient rainforest, cradled between Malaysia’s Mat Chincang Mountains and the beaches of the Andaman Sea, the eco resort retains nearly 75% of the rainforest as it vows to achieve high levels of sustainability. From centuries-old trees, sparkling limestone outcrops and dense vegetation that offer a window into history and nature the property also cohabits rare species (unique to Langkawi) like the flying squirrel, flying fox and the Sunda lemur. But I saved a coveted walk with the in-house naturalist for another time; to explore the world under the sea.

Nature has its ways of lashing back at us almost as if to claim punitive damages for the modern lifestyle. The deadly 2004 tsunami might have caused less damage to life and property above water in northern Malaysia, but it did cause considerable loss of life underneath. The high tidal waves devastated the delicate corals in the reef at the Datai bay. In an ongoing effort to reinstate the Andaman Reef the resort launched the Coral Conservation programme in December 2010. 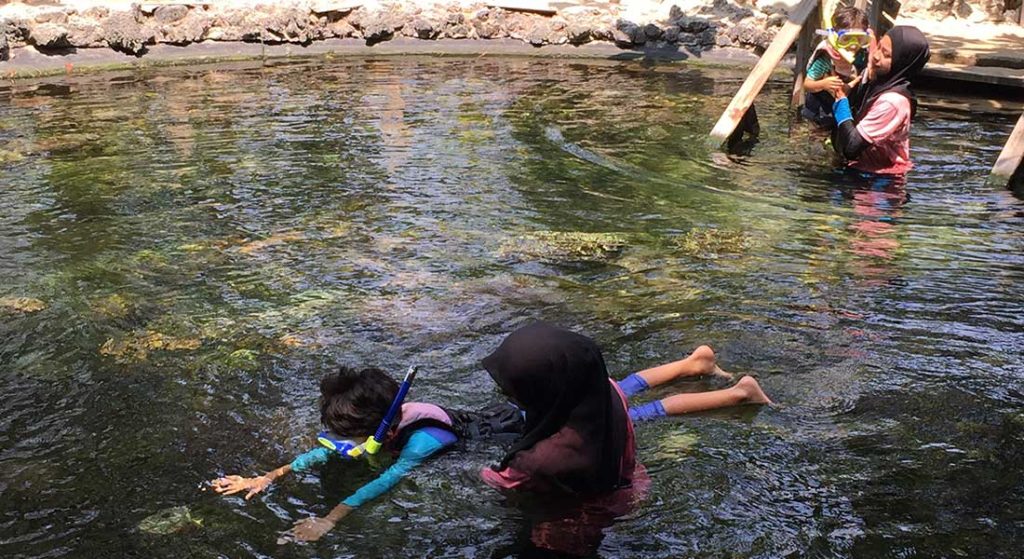 The project includes an on-site Coral Nursery, believed to be the first of its kind in Southeast Asia, and a marine lab that also doubles up as in-house activity for kids and their parent guests to get up, close and personal with their marine neighbours. Resident marine and coral curator, Hidayah Bt Husein, said: “Guests, especially kids love the idea of ‘finding nemo’ in the coral nursery. And at the same time they also learn a lot more about the environment and play an active role in conserving it”. As a part of Coral Reef Walk, a marine biologist takes guests to see amazing reef creatures and learn about their habitat, revealing the beauty and fragility of this ecosystem.

“It offers guests the opportunity to participate in the unique and inspiring activity of growing new corals which, after four to 12 months of nurturing, will be returned to the sea.Guests of all ages are welcome to participate in activities such as Private Guided Snorkel, Coral Nursery Feeding and Coral Reef Walks,” added Husein. 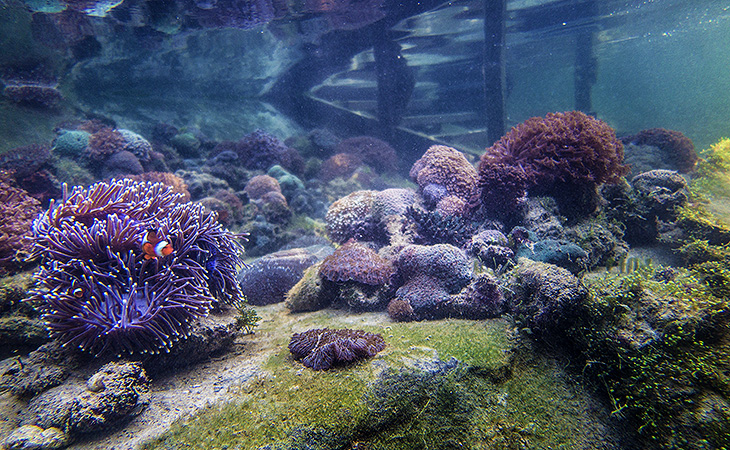 With a small army of two helpers, naturalist Husein is set to save as many species of corals and animals as she ca. Husein said: “Every time we go out in the water, we find new species that need to be protected and helped. Hence, the programme is starting to stretch beyond conserving corals. We no have a few varieties of crabs, sea urchins and also some fishes.” Ever since the Coral Conservation Project was initiated, many projects have been carried out periodically. The project started with a simple Coral Walk, Coral Talk and Coral Clearing and has now expanded to the mini ARMs (Artificial Reef Modules) being introduced as a base for coral propagation/coral transplant.

Moving forward, the project will be expanded to other areas of marine conservation such as the Sea Cucumber Project – an initiative to increase the number of the decreasing sea cucumber population due to over-farming (considered to be a priced delicacy in China). Simultaneously, the resort will also be starting on a Sea Anemone Rehabilitation Project, a project to restore the colour of the sea anemones that was bleached due to global warming and consequently, results in a decrease in population due to starvation.

Coral transplanting project began in 2012 and since then each year at least 1000 pieces of corals been transferred back to the coral garden area. In 2018 itself, the resort managed to release 2038 pieces of corals back to the sea, mainly due to the increase of awareness from corporate companies who then played their role in helping the reef through the resort’s unique Coral Team building program. “Currently, our main focus for coral transplanting is to transplant a species of coral known as the flower coral (Goniopora stokesi) as this has one of the highest transplant success rates compare to the other species of corals,” added Husein. Thanks to the participation and donation of the guests and the hard work and research put in by Husein and her team The Andaman Langkawi has estimably restored about 20% of the reef area.

Friends with the sea: Coral conservation at The Andaman, Langkawi