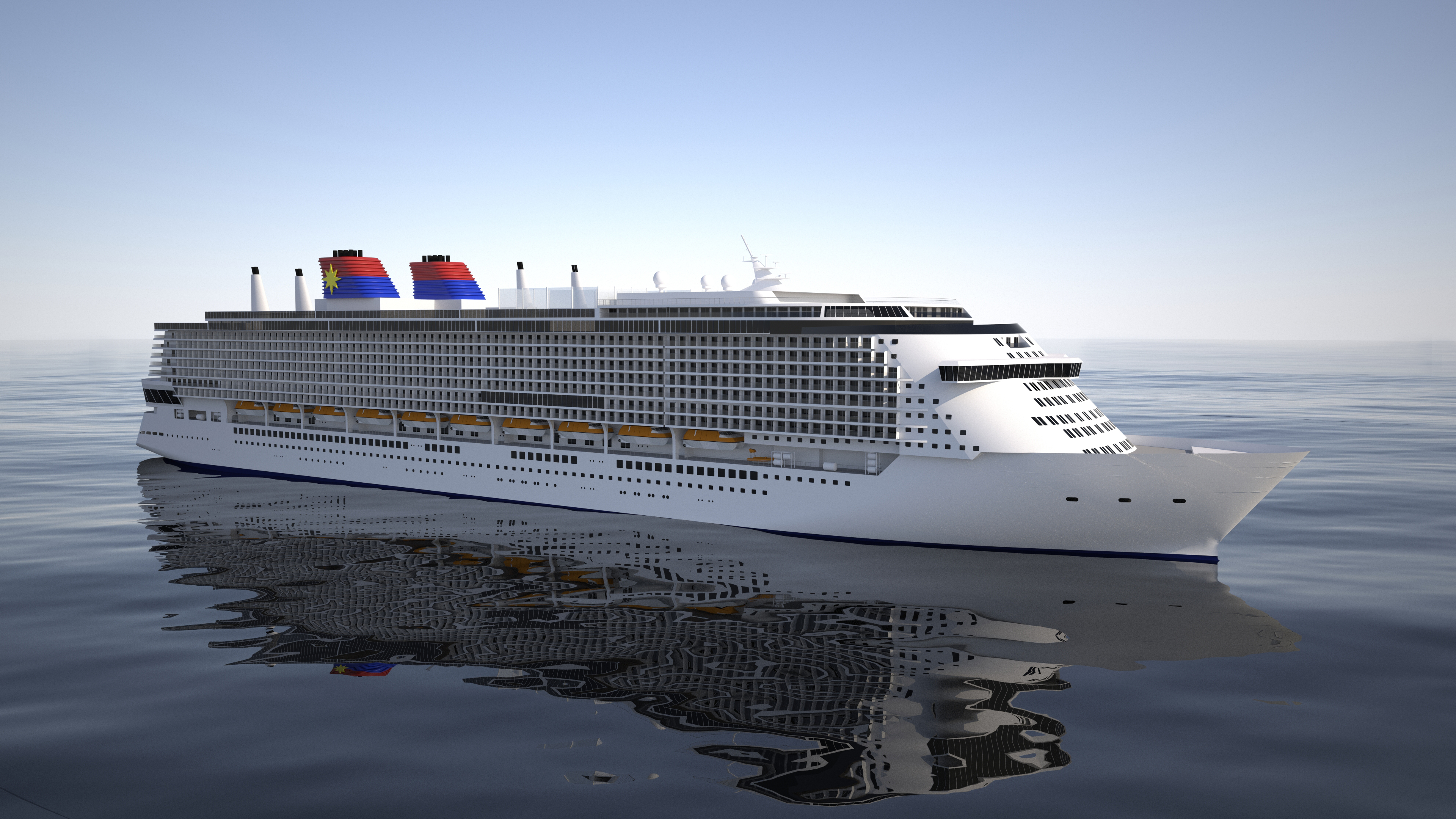 The financing package will be backed by export credit guarantees of the Federal Republic of Germany and the Finnish export credit agency Finnvera, as well as by a guarantee from the state of Mecklenburg-Western Pomerania. At an overall cost of EUR 3.1 billion (USD 3.44), the two new vessels are currently being built at GHK owned MV Werften in Germany.

“To be launched at IBTM China.”

The ships have been designed for the fast-growing Asian cruise market, which will see the largest increase in the number of middle-income households in the world over the next decade.

Tan Sri KT Lim, chairman and chief executive of Genting Hong Kong said: “Dream Cruises’ focus now is to launch the Global Class ships at IBTM China in Beijing on 28 August, building on the foundation established by Explorer Dream in East and North China this year.”

The Global Class ships will also be the largest cruise ships ever built in Germany and the world’s largest cruise ships in terms of passenger capacity. Each 204,000 gross ton ship will feature 2,500 suites and cabins providing 5,000 lower berths. Accommodating up to four passengers in each cabin, the ships will have a maximum capacity of up to 9,000 passengers, serviced by 2,500 crew during peak holiday seasons.

The two Global Class ships will enter into service in early 2021 and early 2022, joining the current Dream Cruises fleet of three vessels. Both Dream Cruises’ Genting Dream and World Dream have been recognised as two of the top 10 large cruise ships by the Berlitz Guide to Cruising 2019 and are the only two highest-rated cruise ships to be deployed in Asia.

Dream Cruises’ third ship, Explorer Dream, commenced service this year in Eastern and Northern China and has enjoyed record occupancies. At the end of the year, Explorer Dream will be repositioned to Australia and New Zealand for Asian sourced passengers who are looking to escape the northern cold winter to enjoy summer cruises in the southern hemisphere.

By 2022, Dream Cruises will consist of five ships that will be the youngest and most modern fleet in the world. The only global cruise line with all “Made in Germany” cruise ships, Dream Cruises’ fleet features the highest safety standards, build quality, speed, power and luxury finishes.