Get your Bond on with Four Seasons Resort Maldives underwater adventure

By Alastair Newport On May 16, 2018
Guest Contributor 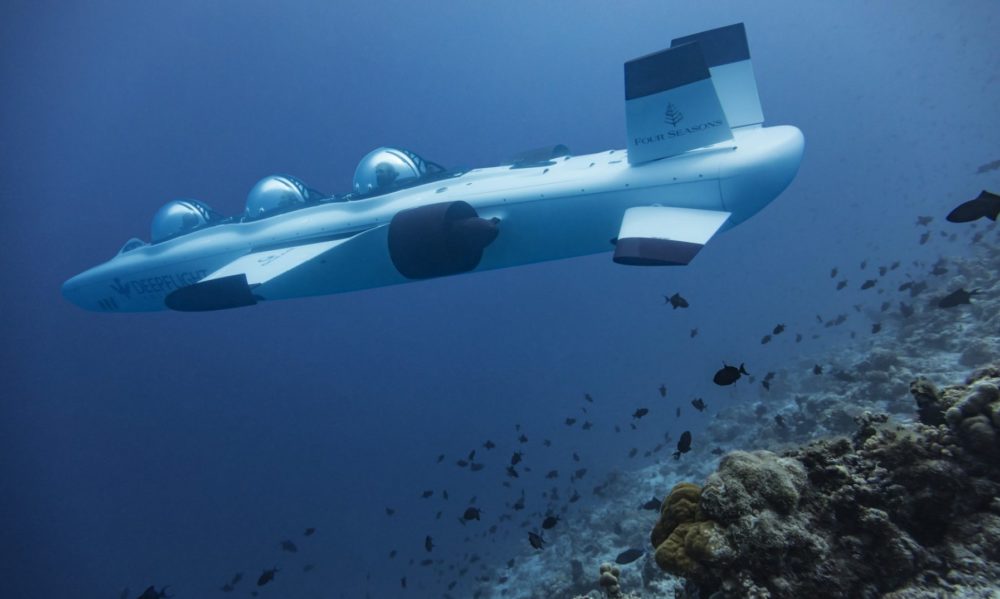 I have already mentioned Four Seasons Resort Maldives at Landaa Giraavaru once this week, as part of the Baa Atoll Summer Festival, but news of the sultry accommodation’s latest underwater excursion inside one of the DeepFlight mini subs is not to be sniffed at.

Available from now, the trips, put together by Ocean Group Ltd — specialists in dive and water sports experiences in Asia – places the intrepid guest inside DeepFlight’s latest and most advanced model yet, the Super Falcon 3S.

Created by marine engineering company DeepFlight, credited with designing 70% of manned submersibles during the seventies and eighties (one of the designs even appeared in the 1981 James Bond classic ‘The Spy Who Loved Me’ starring Roger Moore) the Super Falcon 3S is the apex of its dream to build environmentally friendly, battery-operated personal submarines.

Commenting on the launch, regional vice president Armando Kraenzlin said, “At Four Seasons Landaa Giraavaru, we have long been aligned with DeepFlight’s mission to bring awareness to the oceans. These submarine excursions redefine marine exploration and bridge the gap between the world we see above the waves and the one that exists below. We couldn’t be prouder to be the first resort in the world to launch the DeepFlight Super Falcon 3S.”

Under the expert guidance of a skilled Super Falcon 3S  pilot, guests will dive under the waves inside a very comfortable pressurised and air-conditioned cockpit completed with individual viewing domes.

The domes effectively disappear under water, allowing for crystal-clear, 360-degree views of the dolphins, turtles and sharks as the Super Falcon ‘flies’ over the coral formations where they make their home. The personal sub can venture as far down as 37 metres into the Indian Ocean –not bad considering you don’t get the least bit wet.

I, for one, am doing backflips over this opportunity, I am due for a trip to the Maldives and can’t wait to have a go on this marvellous machine.

Even my well-worn sense of preservation won’t stop me, what with the Super Falcon’s “fixed positive buoyancy and a patented thrust and lift system” ensuring the boat will naturally float back up to safety if, for some reason, it were to lose power. Also, the surface team monitors your underwater jaunt, making sure the pilot is kept up to date with the ebb and flow of the environment around you.

To find out more about the launch of DeepFlight Adventures (www.deepflight.com) at Four Seasons Landaa Giraavaru and please contact the Reservations department via email at reservations.mal@fourseasons.com or telephone +960 66 00 888.

A solar story: Four Seasons absorbs heat in the Maldives