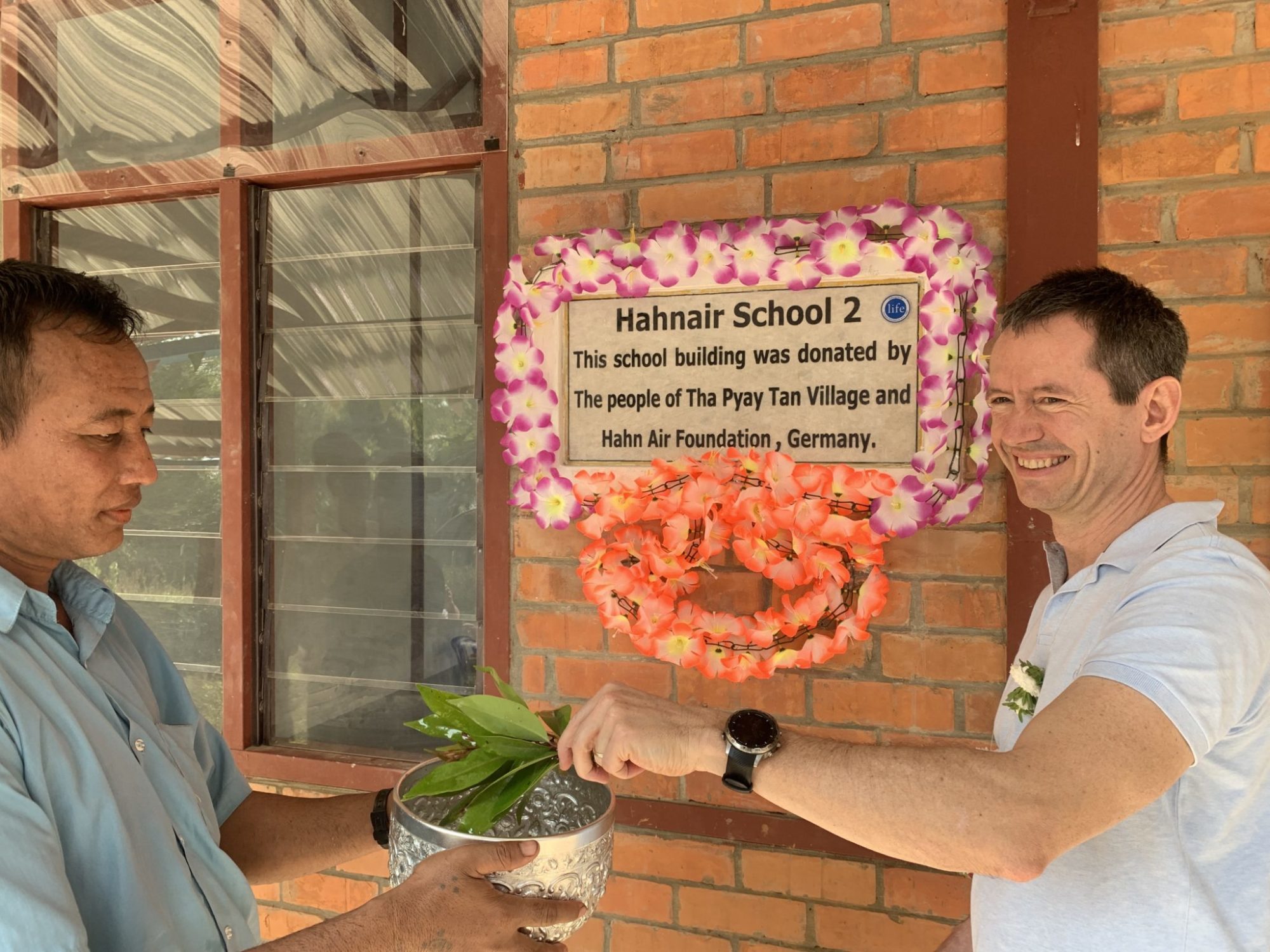 Nico Gormsen, general manager of Hahn Air inaugurated the Hahn Air School in Myanmar on behalf of the Hahn Air Foundation. The festive ceremony was attended by almost 500 citizens of the village of Tha Pyay Tan, including the 228 children aged between six and ten who will learn and study in the five new classrooms.

It took about four months to complete the construction of the school building. The cost of approximately EUR 30,000 (USD 33,130.50) were covered by the foundation, a non-profit charity organisation founded by the Hahn Air owners, Hans Nolte and Nico Gormsen, in 2012. To show their commitment to the project, the citizens of the village contributed EUR 6,000 (USD 6,626.10), a sum that will be put towards for future expenditures, such as repairs and maintenance work.

Tha Pyay Tan Village has 1,300 citizens and is located in a secluded area of the Irrawady Delta region, about 90 kilometres from the city Yangon. The school premises include not only the spacious classrooms but also restroom facilities and housing for the teachers.

The school in Tha Pyay Tan is already the second school opened by the foundation in Myanmar. Hahn Air School I opened its doors in Bagan in 2018 and provides room for more than 300 students.

Hahn Air birthday competition: One lucky agent wins a flight to anywhere in the world