Here’s where hackers compromise travellers during their holiday 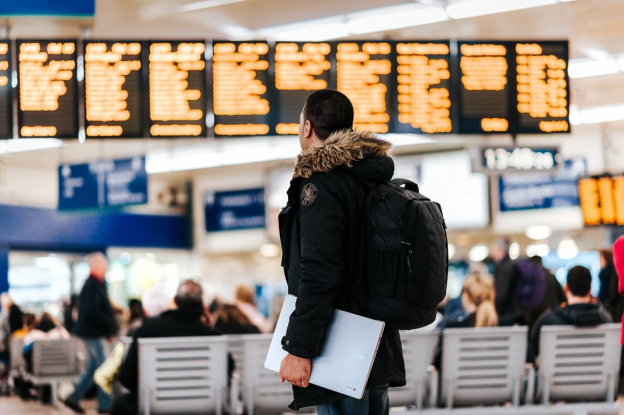 According to recent research by NordVPN, 1 in 4 travellers have been hacked when using public Wi-Fi while travelling abroad. Most of those hacks happen while travellers are in transit at train stations, bus stations, or the airport.

“It is typical to scroll through your phone while waiting for a flight or train. However, when on vacation, people tend to forget about their online security,” Daniel Markuson, a cybersecurity expert at NordVPN says. “Hackers take advantage of that and use the public Wi-Fi network weaknesses in airports and train stations to get their hands onto sensitive personal or corporate data.”

What are the dangers of public Wi-Fi in airports and train stations?

Travellers are easier to trick because they usually don’t know what the legit Wi-Fi name in a certain place abroad is. This makes it easier for hackers to set up “evil twins” —  fake Wi-Fi hotspots —  in places frequently visited by tourists, like airports or train stations. If a traveller connects to such a hotspot, all their personal information (including payment card details, private emails, and various credentials) will be sent to a hacker.

However, legitimate public Wi-Fi networks can also be unsafe because they’re still public. A hacker can connect to an open network anytime, snoop on users’ online activity, and steal their passwords and personal information. This attack is called a man-in-the-middle attack and is performed when a cybercriminal places their device between the connection with a person’s device and the Wi-Fi spot.

“The only way to protect the device from man-in-the-middle attack is using VPN. Our research shows that more than 78% of people don’t use VPN while connected to public Wi-Fi on their trip, which increases their vulnerability to hackers’ attacks,” Daniel Markuson says.

How can travellers protect themselves

Even though public Wi-Fi poses risks to our data, it still remains a necessity for many travellers. Experts at NordVPN listed what users can do to keep their devices protected during the trips:

6 countries with the most restrictive firewalls