On target for its grand opening in early 2019 the Hyatt Regency Sukhumvit Bangkok is one of the most exciting new-builds to hit the Thai capital. To get an insight into the hotel’s take on recruitment I spoke to Frederick Farina, the hotel’s mild-mannered but compelling executive chef, on his unique method for building the best team.

How did you come to be in Bangkok?

I first arrived in 2002. Coming from Milan, where I couldn’t find the right working environment. I had been there for a while, with a stint in Miami, but it was not a job I was in love with and I wanted to work overseas.

Eventually I found a job in a restaurant in Bangkok. From far away it seemed it was a good work opportunity, but It didn’t go very well as a first step in the Kingdom.

Very soon after, I applied for a job at a four-star hotel,  Before moving to a private business club two years later and then Hyatt at the end of 2005. I went to Vietnam to open a resort in 2011, but I missed Bangkok; I know the culture and I speak Thai. 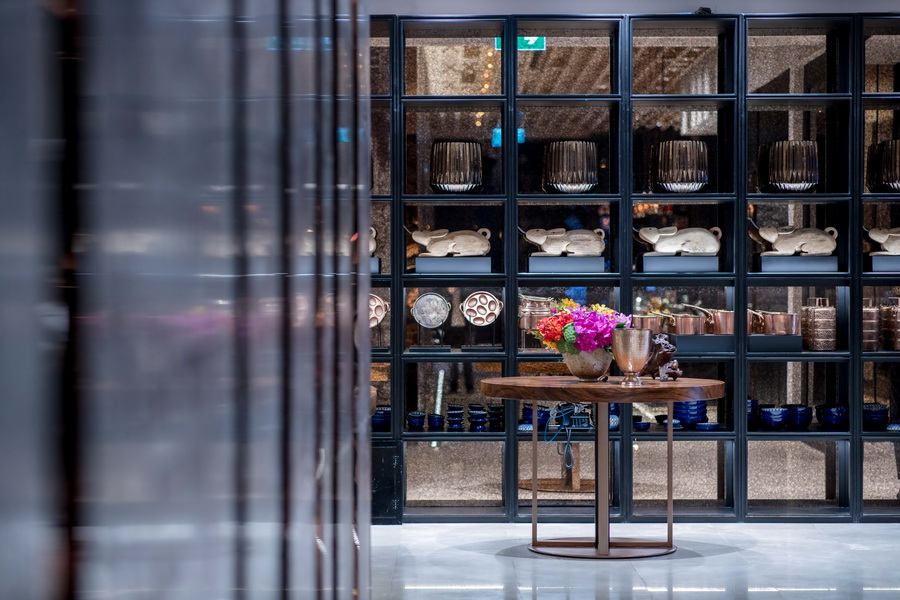 What is the thrust of the Market Café?

Well the Market Café is a Thai restaurant serving traditional Thai cuisine from real recipes, made in a simple authentic style.

Consider where we are coming from: Thailand food culture is based on home cooking; although you do have some elevated styles — which refer to the dishes of the Royal family and the other big families in Thailand. Thais, in general, eat out a lot – especially in Bangkok, you don’t go home for a meal after work, you go out to eat and then go home.

However, over the last ten years Thai food has become so much more than the basic dishes we may have heard about such as phad thai. This is because of a new generation of entrepreneurs and the current wave of interest in food culture. So the food offering needs to be there. You can find anything here now, even Michelin-starred Thai food, but what is our point of reference here at Hyatt Regency? Traditional culture. 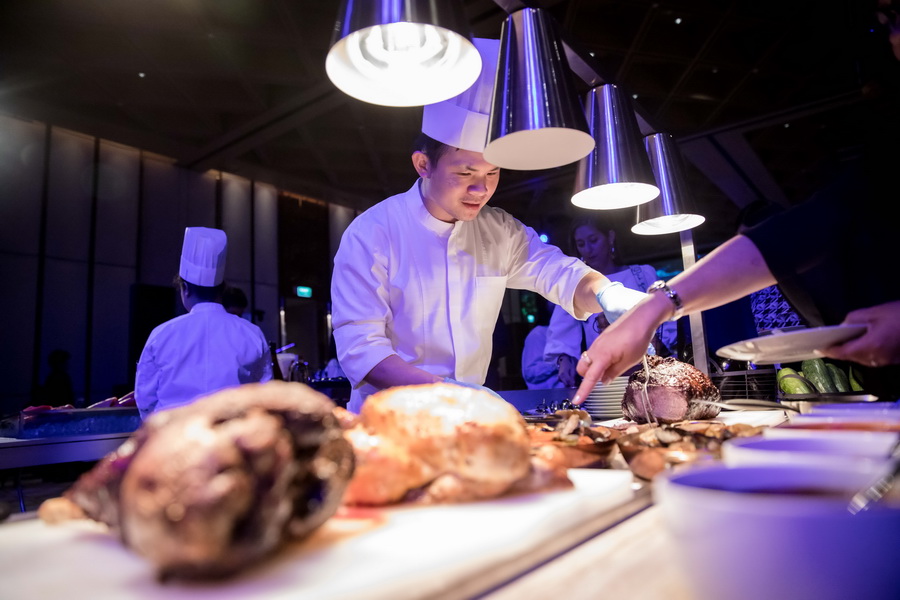 Here in Thailand the best thing you can give guests travelling from overseas is Thai food. Hyatt encourages us to use what is on-hand. Don’t aim for something which is not part of the local culture or use produce from the other side of the world. Basically, you are in Thailand, so find the best Thai chefs you can to work with you.

We found Khun Beer, in a local restaurant. He was a suggestion from an acquaintance as I really wanted someone from that particular restaurant as I like their way do things.

Everybody was asking me, Why? My response was this is exactly what we haven’t done until now and we don’t want to repeat ourselves. Plus it fits in with Hyatt’s ethos.

What did Khun Beer think?

I had to convince him to come and work in a hotel, which in terms of a working dynamic and team work it is very different to what he was used to. It takes some time to adjust and understand what is happening and why.

I need to coach these guys at so many different stages. They think, ‘I am coming to hotel so I will cook hotel food’ – but I can find that in any hotel on Sukhumvit. I would tell him, ‘I want you to cook the way ‎you know how to cook’ and make food that you would make in the restaurant.

He was surprised and thought I wanted him to make hotel food, which is tailored to more international tastes and therefore might lose the authenticity of the cuisine. But I didn’t want him to do that; I wanted Khun Beer to make the dishes he makes for locals.

You don’t strike me as the stereotypical chef we hear about — temper tantrums and apocalyptic rants. Would I be right in thinking that your more temperate vibe works well in a Thai kitchen?

Ha ha. No I am not like that at all. I soon learned, with my first experience in Thailand, that the European style is not going to work here.

“You do it again and you’re out”

On my first day in a kitchen in Thailand, I was shouting at the staff as I had learnt in Europe. The next day I was called in by the big boss and he very plainly said: “You do it again and you’re out.” He didn’t want to coach me or anything like that; he just didn’t want to see it again. As you would expect, I had a found a new way to work by the next service.

What other challenges have you encountered?

As I said, I have to coach the onboarding process of moving to a hotel restaurant.  I needed to watch each step of building a dish, see what was happening and correct it. Then you give feedback on why something is wrong and – importantly – why something is right. If you do not do that then you will get a reaction you don’t want. If you just say ‘This is no good’, they will stop doing it.

For example, one of the team wanted to present a drink in a certain way. I thought this was a good idea, but we eventually we saw it wasn’t quite right – it was making a mess from spillages.

I had to go back to the team member and explain the issues but, at the same time, we need to go somewhere with this idea and make sure it works next time. This helps builds confidence to try out new things and learn from mistakes.

Has it been successful hiring locals who don’t have that hotel experience?

Let’s put it this way. We now have four local guys in a team of eight. So, yes, it’s going very well.

If you are considering making a career move or perhaps just fancy browsing available jobs in the industry? Check out opportunities at TD Jobs

We ‘pre-preview’ the Hyatt Regency Bangkok Sukhumvit – and meet the…

What you need to work in hospitality – from a Hyatt GM

Where to Stay: new hotels from Hyatt, Dusit, Holiday Inn Express, and more

Where to Stay: New hotels in India, Australia, Maldives and more…