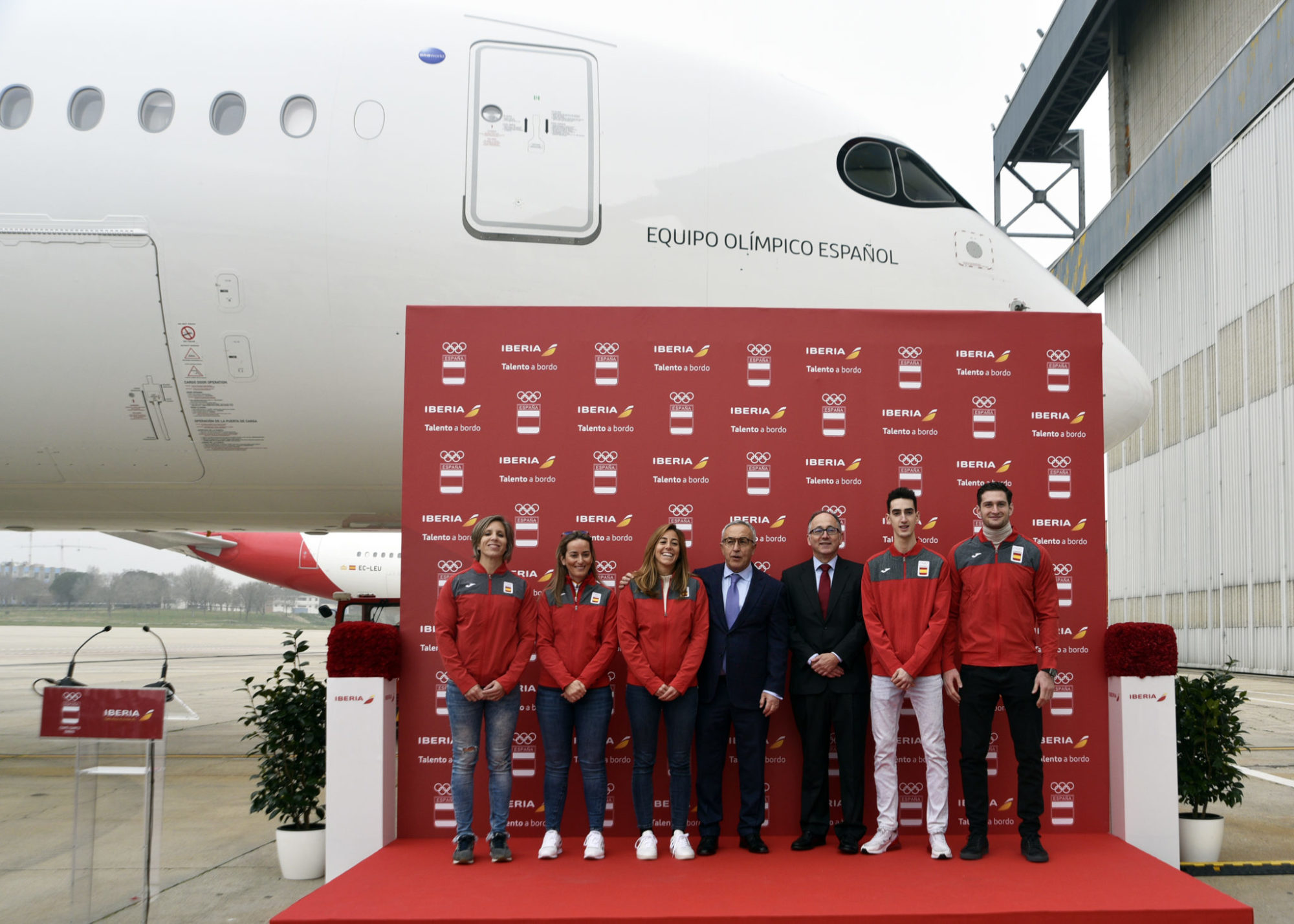 The signing took place in an Iberia hangar at Madrid Airport next to the Spanish airline’s latest Airbus A350 which has been christened ‘Equipo Olímpico Español’ (Spanish Olympic Team) in honour of the Spanish competitors at the Tokyo Games.

The airline thus, reaffirmed its commitment to Spanish sport, facilitating air travel by members of the committee and by Spanish competitors, promoting the team all around the world, and associating the brand with this year’s most important and well-attended sporting occasion.

In addition to supporting the Spanish Olympic Committee, it is also a sponsor of the Casa España Tokio 2020 project at the Tokyo Cervantes Institute, which will be a meeting place for Spanish competitors and their families and fans who can watch the games on television and celebrate Spanish victories.

In April, Iberia will start operating the advanced, fuel-efficient A350s for its direct Madrid-Tokyo flights, and in June flights will be operated daily instead of five times per week. Total seats available on the route will be increased by 70% this year.

Iberia and UNWTO team up for sustainable tourism