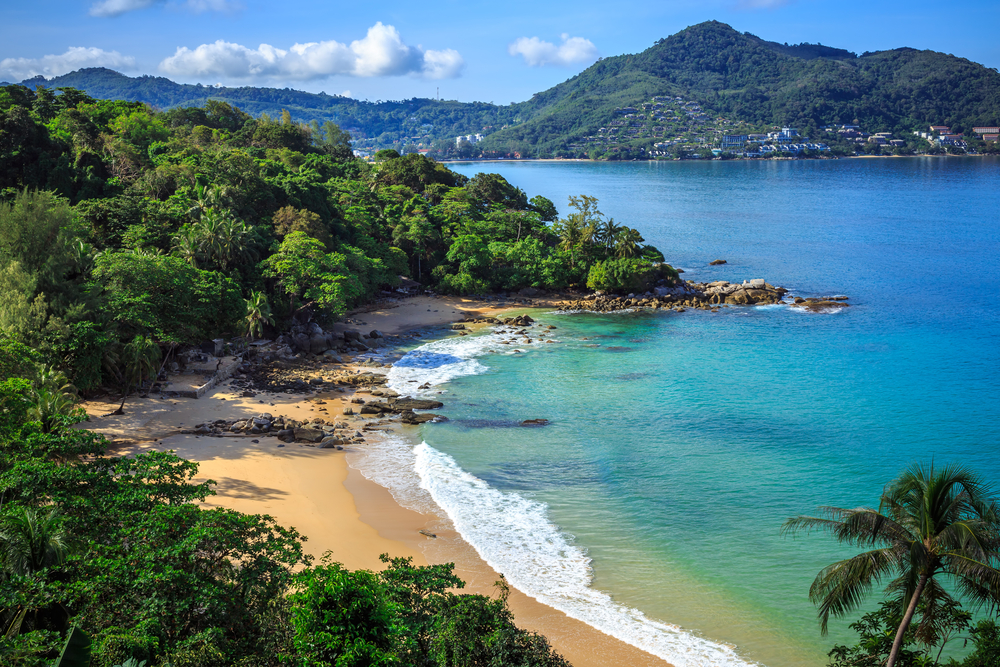 The Imagine Phuket campaign focuses on the sights, sounds, feelings, tastes and – most importantly – emotions that Phuket evokes in fans around the world, making them yearn for all they have missed during the global pandemic.

Motivated by a desire to restore the island’s tourism industry and save jobs, Phuket Hotels Association kicks off the campaign with a fresh logo and video, below.

The initiative enables island hotels to come together with one voice and one message. Each property will be given the creative resources to personalize videos, images and logos with their own branding, creating bespoke versions of the campaign’s inspiring message. By reaching the combined audiences of 75 participating hotels in the private sector, there is the rare opportunity for authentic, large-scale virality.

Phuket has been one of the hardest-hit destinations in Thailand, and hotels have struggled to reopen. In a press conference on 10 June, Phuket Chamber of Commerce President Thanusak Phungdet told reporters that COVID-19 had already cost the island over THB 120 billion (USD 3.9 million) in lost income, with losses expected by to reach THB 280 billion (USD 9.1 million) by the end of the year if the situation doesn’t improve. But despite unemployment increasing by over 34% YoY, according to local reports, island residents remain resilient. This campaign seeks to be the first small step toward recovery.

With Phuket Airport open, and Thailand poised to reopen to international travel this summer, Imagine Phuket reminds viewers of the flavours of Thai food, the dreamlike limestone karsts of the landscape, the beguiling smiles and the feeling of freedom that comes with every visit to Phuket.

“Phuket is the leading resort destination in Asia and one of the most loved resort destinations anywhere in the world,” says Anthony Lark, president of Phuket Hotels Association. “Our members have come together with QUO to create a campaign, in both English and Thai, to evoke the soul of the destination.”

As Asia’s most-visited island destination, with over 10 million arrivals last year, Phuket is among the first to embark on a significant relaunch. In the months after reopening, Phuket’s hotel industry is hoping that it will be able to attract many of Thailand’s 20 million domestic travellers.

“The Imagine Phuket video, and integrated social media campaign, are designed to drive emotion,” said QUO CEO David Keen. “We know that there is a massive desire to travel again, both locally and internationally. Our intent is to bring the story back to Phuket.”

Aimed at the international market, the campaign will reach the audiences of the best-known hotels in Phuket. From signage to buttons, to long and short videos, each hotel will invite the world to dream, plan, envision and – above all – to Imagine Phuket with hope and anticipation.