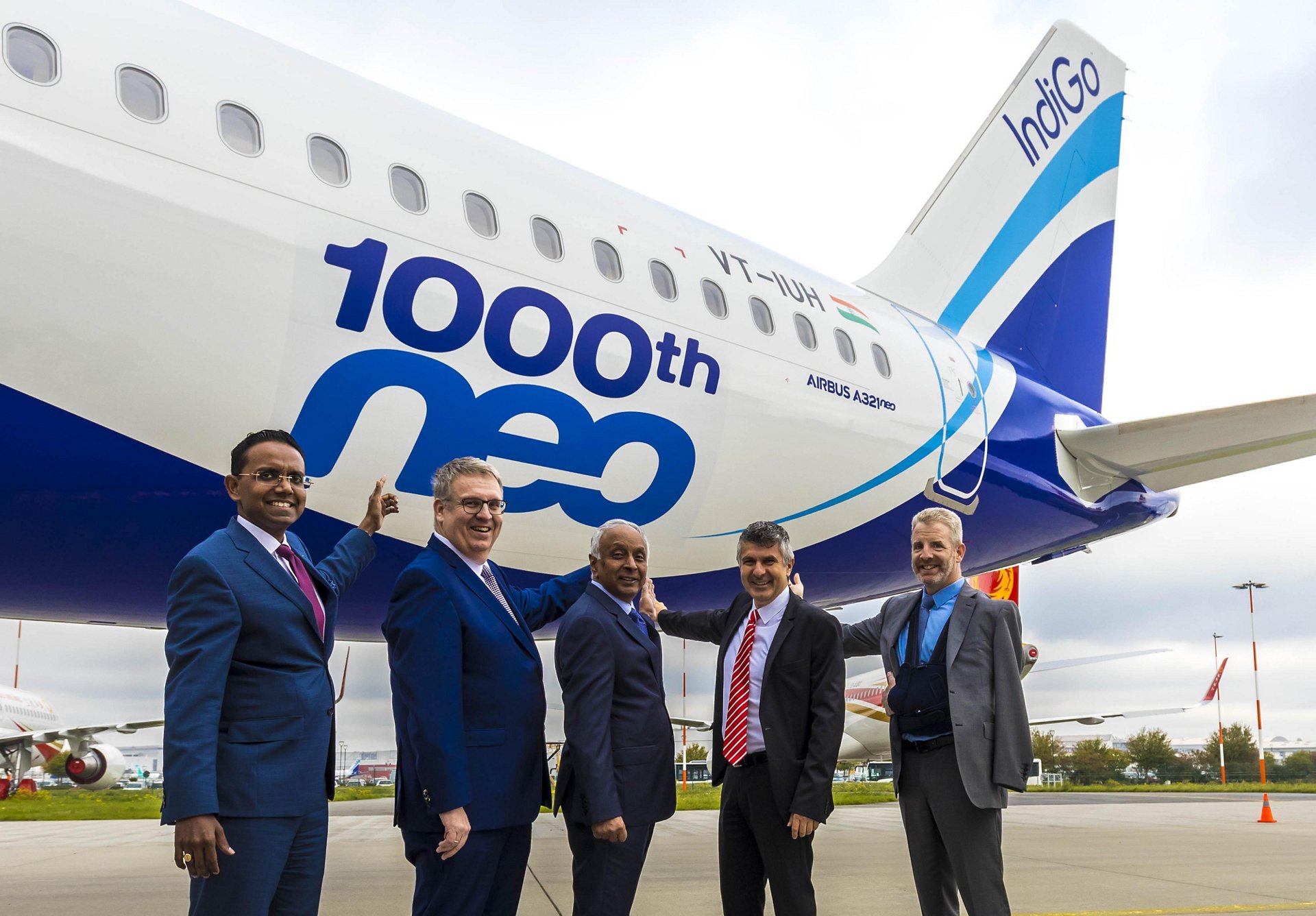 Airbus has delivered the 1,000th A320neo Family aircraft. The aircraft, an A321neo produced in Hamburg, Germany, was delivered to Indian airline IndiGo.

IndiGo is the world’s biggest customer for the A320neo Family with orders totalling 430 aircraft. Since its first NEO was delivered in March 2016, its fleet of A320neo Family has grown into the world’s largest with 96 aircraft operating alongside 129 A320s. In an extremely competitive aviation market, the fuel-efficient A320 Family has been instrumental in IndiGo’s rise to become India’s largest airline by fleet size and passenger numbers. 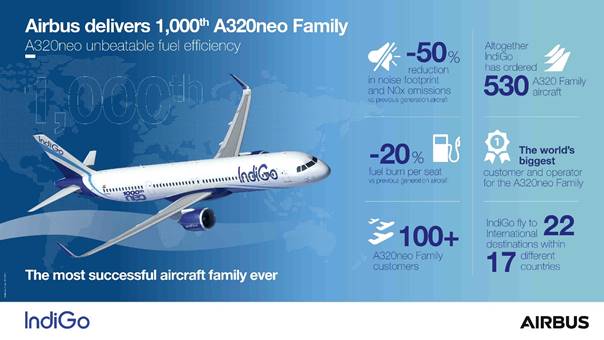 The A320neo Family is assembled at Airbus’ four global sites: Toulouse, France; Hamburg, Germany; Tianjin, China; and Mobile, USA. The world’s first A320neo was delivered in January 2016 and the programme has achieved milestones every year since: the first A321neo in 2017; the first A321LR in 2018 and the launch of the A321XLR in 2019.

The A320neo programme was designed with fuel efficiency in mind. Building on the A320ceo’s popularity, the aircraft delivers 20% reduced fuel burn as well as 50% less noise compared to previous generation aircraft. Seating up to 240 passengers, depending on cabin configuration, the A320neo Family features the widest single-aisle cabin in the sky and incorporates the very latest technologies including new generation engines and Sharklets. At the end of September 2019, the A320neo Family had received more than 6,660 firm orders from close to 110 customers worldwide.