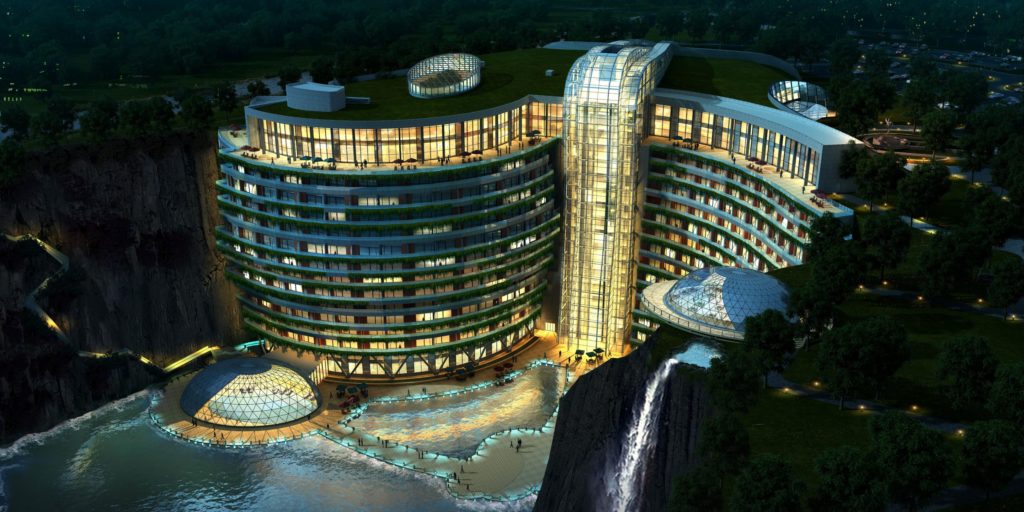 China’s financial capital is set to welcome InterContinental Shanghai Wonderland, a luxury hotel mostly below ground within in a deep pit of a former quarry in southwestern Shanghai, in the fourth quarter of 2018.

Developed by Shimao Group and managed by InterContinental Hotels Group (IHG), the new property set in the southwest of Shanghai showcases unconventional design and reflects the natural landscape of the quarry it is built within.

It is located at Sheshan Mountain Range and features quiet luxury, exotic flora and fauna and world-class cuisine. 30km from Hongqiao Airport and close to attractions like Sheshan National Park and Chenshan Botanic Gardens the hotel features rooms and suites with panoramic views of Shenkeng Quarry. 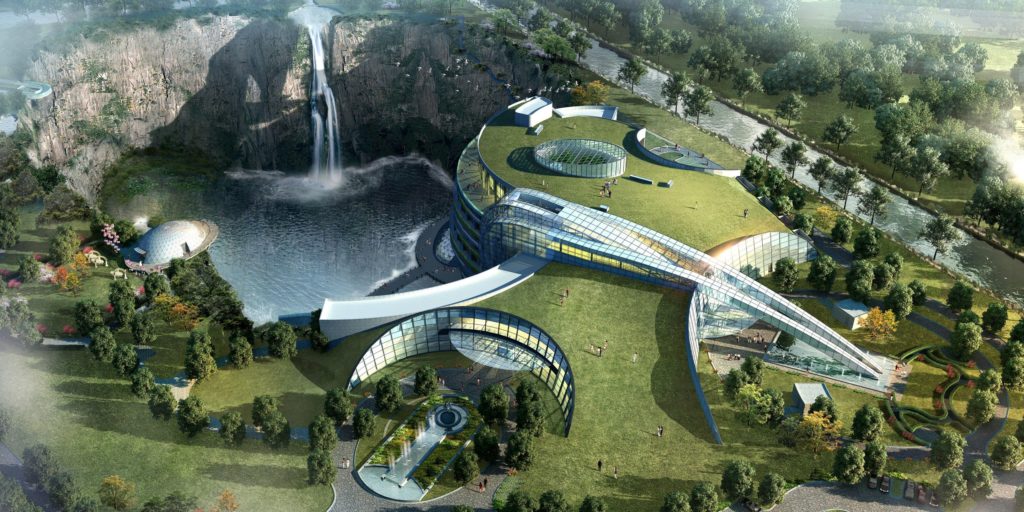 The 18-storey hotel has 16 floors below ground including two underwater, and two floors above ground. With a construction area of more than 61,000 square metres, the hotel features 336 rooms and suites that feature balconies where guests can enjoy the view of the waterfalls from the surrounding cliffs. The hotel also offers a grand ballroom and four meeting rooms, including Grand Ballroom.

In contrast to the traditional architectural concept of building high-rises, InterContinental Shanghai Wonderland adopted an unconventional design of extending space beneath ground by reflecting the natural landscape of the quarry.

“Reshapes the relationship between city and nature”

Reaching down to 88 metres below ground, the hotel “reshapes the relationship between city and nature”, says the hotel company, turning an abandoned quarry into a treasure of wonder and beauty.