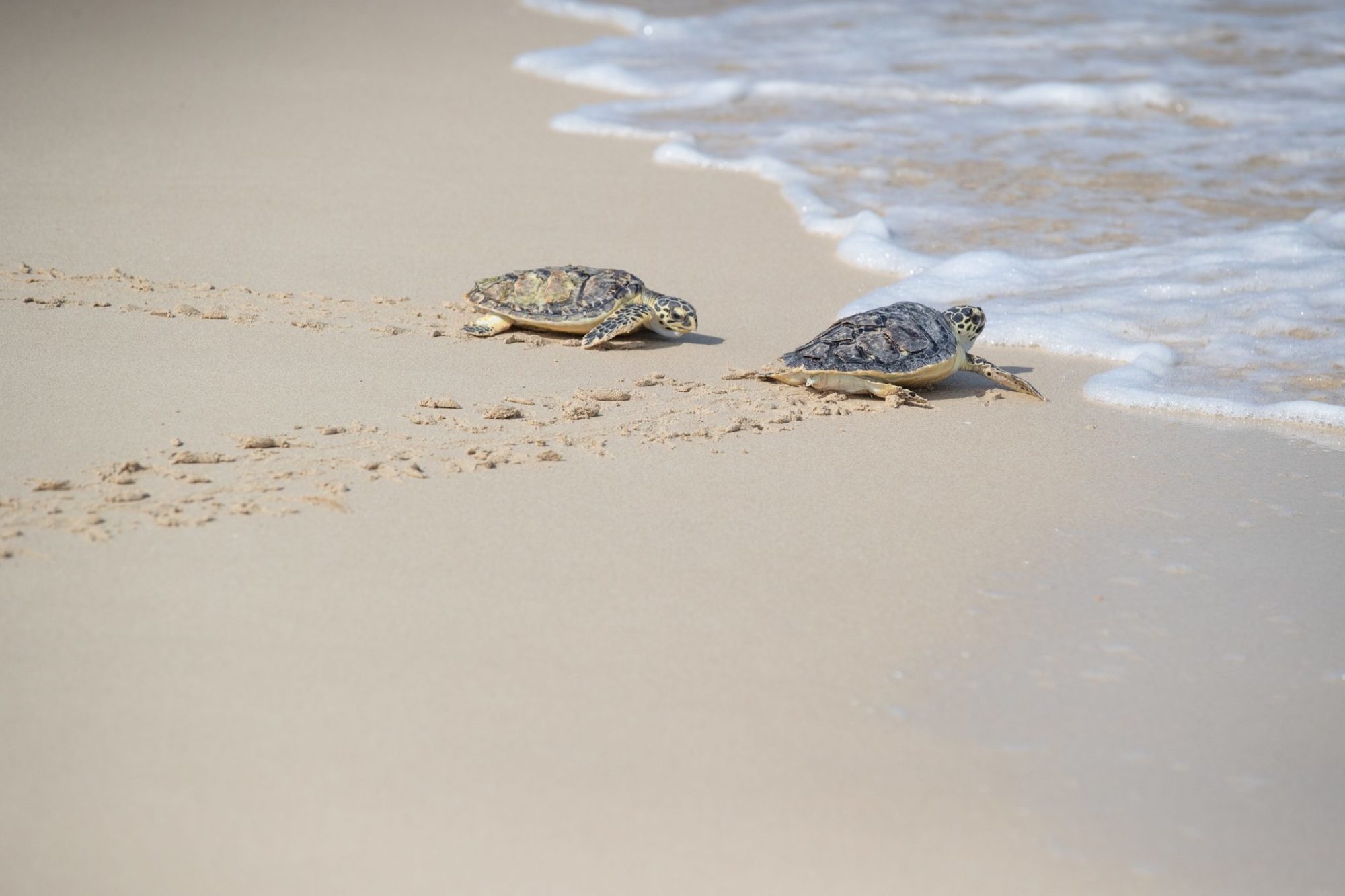 The release was attended by Sheikh Hamdan bin Mohammed bin Rashid Al Maktoum, crown prince of Dubai, who participated in the release of the hatchlings from the shore, as well as the larger animals directly into the sea via boat.

Each of the 45 rehabilitated turtles have spent the last few months being treated for various ailments including cold-stunning during winter, plastic ingestion, and injuries requiring surgery. The hawksbill-turtle forms part of the three-year National Plan of Action for the Conservation of Marine Turtles in the UAE, fully supported by the Dubai Turtle Rehabilitations Project.

Launched by the Ministry of Climate Change and Environment, the plan aims at expediting laws to protect turtles. Hawksbills are especially important to coral reef health as they forage on and keep sponges in check, which out-compete corals.

“The rehabilitation process starts with critical care at the facilities at Burj Al Arab Jumeirah, then progresses to the state-of-the-art, sea-fed turtle rehabilitation lagoon, where the turtles acclimate to ambient conditions, and build up fitness levels prior to release back into the wild,” said Gerhard Beukes, director of aquarium operations and animal husbandry at Dubai Turtle Rehabilitation Project.

The team has now successfully returned over 1,900 turtles to the Arabian Gulf from all over the UAE since its inception in 2004, with an average rescue of 225 turtles in recent years.

“A place like no other”: Jumeirah opens its first eco-conscious luxury resort