Jumeirah Group adds another icon to the Saadiyat Island

The Jumeirah Group, a global luxury hotel company, announced the opening of its latest property on an island of world-class leisure – Jumeirah at Saadiyat Island Resort.

Following the opening of some of the world’s premier cultural assets, Saadiyat Island has got to be one of the hottest destinations to watch for right now. And not just in the Middle East, but I’m talking about the world. To prove my point, just last year, it has opened three major attractions – Guggenheim Abu Dhabi, the Zayed National Museum, and the Louvre Abu Dhabi.

With these international tourist magnets, come luxury accommodations to cater to international tourists (about 500,000 per year). We’ve already covered its story as early as 2015, and now Jumeirah at Saadiyat Island Resort is finally ready to open its doors on 11 November 2018. 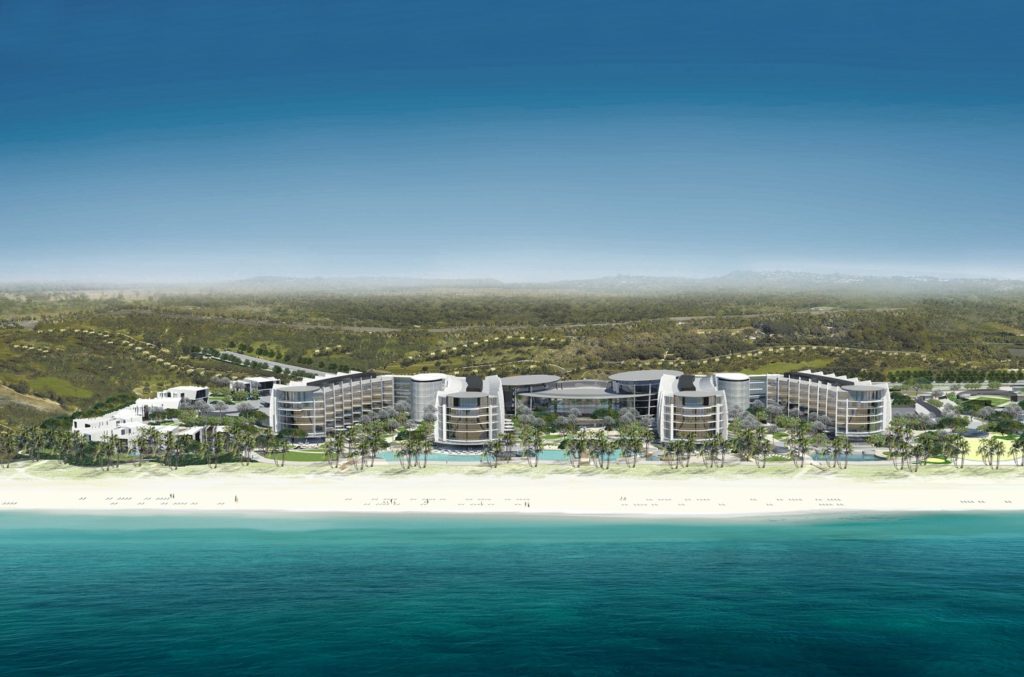 Announcing the opening date, general manager, Linda Griffin, Jumeirah at Saadiyat Island Resort, said: “This resort is a place like no other, located footsteps from one of the most beautiful protected beaches in the Arabian Gulf.

“This will be island life at its best.” – Linda Griffin, Jumeirah at Saadiyat Island Resort

“Every aspect of the resort’s design and intended guest experience has been influenced by the beauty of this location. Guests can embrace sunrise yoga, find a secluded spot to watch the sunset, or relax in one of three infinity swimming pools that merge into the sand dunes and, during the turtle nesting season, there will be a special opportunity to see the Hawksbill ‎turtles on the 9-km (5.6-mile) sweeping beachfront. This will be island life at its best.”

Set in a prime and strategic location, the luxury resort is a short 10-minute drive from downtown Abu Dhabi and 20 minutes away from the Abu Dhabi International Airport.

Jumeirah at Saadiyat Island Resort houses 293 rooms including eight villas with private pools; 64 suites, with 6 of them called ‘panoramic suites’ offering floor-to-ceiling glass walls; and a spa with 14 treatment rooms, hydrotherapy pools, a steam room, salt room, and a VIP couple’s spa with its own private entrance.

For marvellous eats, there are eight F&B outlets including a chic all-day dining restaurant, live cooking stations, authentic Italian food, Levantine-inspired cuisine, a coffee shop with patisseries, and a pool bar. MICE attendees won’t be left out as well, as it has a 600 sqm meeting space on the ground floor which can accommodate up to 350 seated guests.

The resort features modern architecture and throughout its interiors are marine-themed touches which blend seamlessly with the ocean life outside. It’s one of the most anticipated resorts on the island and the time has come for it to take on the massive flock of tourists from around the world.

“A place like no other”: Jumeirah opens its first eco-conscious luxury resort

Jumeirah Group adds another icon to the Saadiyat Island