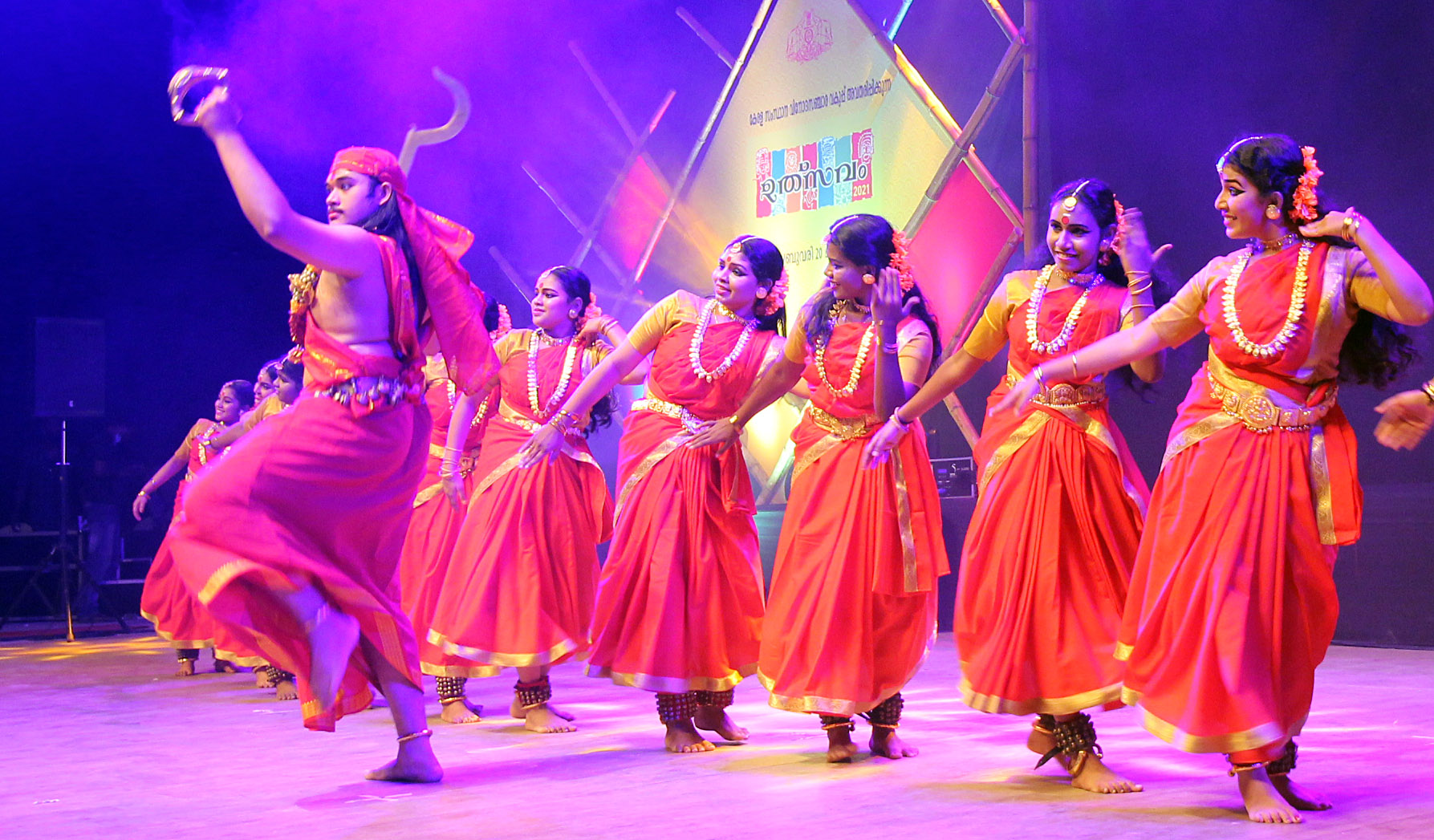 Showcasing the best of Kerala’s vibrant folk and ritualistic art traditions, the seven-day cultural festival ‘Utsavam 2021’ has got off to a colourful start, featuring hundreds of artistes in 30 venues across the state.

Leading folklore artists representing various traditions were honoured at the function with the Utsavam Puraskaram. The festival offers a venue for scores of performers representing a wide variety of folk, tribal and ethnic traditions that flourished in different parts of the state. This year, the event assumes added significance as it has come as a big support to artists hit by sweeping disruptions caused by the COVID-19 pandemic, which has had its grim impact on the cultural domain as well.

Inaugurating the event at Nishagandhi Auditorium, minister for tourism Kadakampally Surendran said the festival is aimed at preserving the rich and diverse art forms of Kerala.

“These folk art and cultural traditions are the tangible legacy of Kerala, handed down through generations. Many of them are now facing threat of sliding into oblivion. The Government considers it as its responsibility to preserve them by extending all support to artists, many of whom are struggling to keep these traditions alive,” the minister said.

The festival is being organised by Kerala Tourism together with Kerala Folklore Academy, Bharat Bhavan and District Tourism Promotion Councils.

The folk arts and ritualistic traditions are vital components of Kerala’s culture and conserving and promoting them would also contribute to the growth of tourism, said Rani George, principal secretary of tourism in the state.