Livn staffs up and expands into India & Asia with key appointments 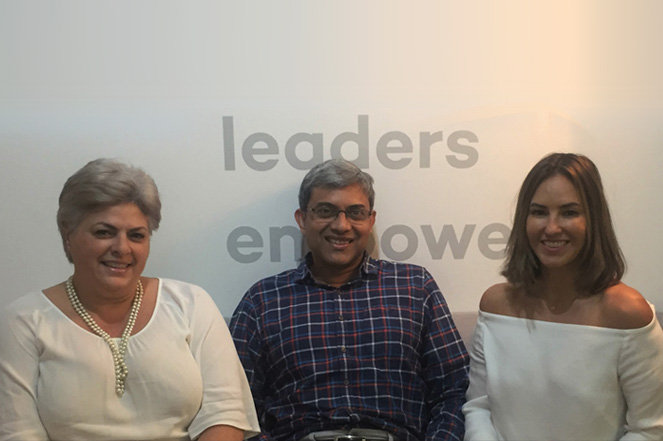 Asia-Pacific’s leading super aggregator of instantly bookable tour and activities product, today announced it is staffing up and expanding into India and Asia.

The Sydney company has appointed Raja Natesan (pictured above, centre) to lead sales and marketing in India. Raja joins Livn from Uniglobe South Asia, where he was CEO. He has also held COO roles at Yatra and Tui India.

“We are also seeking to appoint a similar calibre professional based in Singapore covering Southeast Asia opportunities,” said CEO Mark Rizzuto. In addition, Livn has strengthened its head office sales, marketing and reservations team adding seven staff already this year with plans to employ another four.

“After an initial focus on getting the technology right we are now moving strongly into the sales and marketing phase.” – Mark Rizzuto

They include Monna Sanner as business development director (pictured left, above). Monna has extensive travel industry experience across student accommodation, airlines, hotels, and hospitality.  Meanwhile, Lia Geraissate (pictured right, above) has been appointed as Livn’s first marketing manager. She brings unique insights from a career with leading tech companies including Sony, BlackBerry, and Wacom.

Mr Rizzuto believes the appointments represent a 50% increase in staff numbers, saying “After an initial focus on getting the technology right we are now moving strongly into the sales and marketing phase.” He says Livn has been growing strongly with the distribution platform now featuring more than 30,000 products across 3000 destinations and 196 countries, up from 22,000 products last September.

The Livn Platform sources its products via an API feed from the world’s leading tours and activities suppliers – everything from city tours and attractions to multi-day trips. Talks are well advanced with many more. On the distribution front, Livn is entirely focused on the travel trade, only servicing the B2B channel, piping its instantly bookable product to travel agents and online retailers via a single API.

“It’s extremely efficient, getting travel agents off the phone to wholesalers and operators, creating the same centralised efficiencies as the GDS have traditionally provided in air, car and hotel.” Mr Rizzuto  concluded.