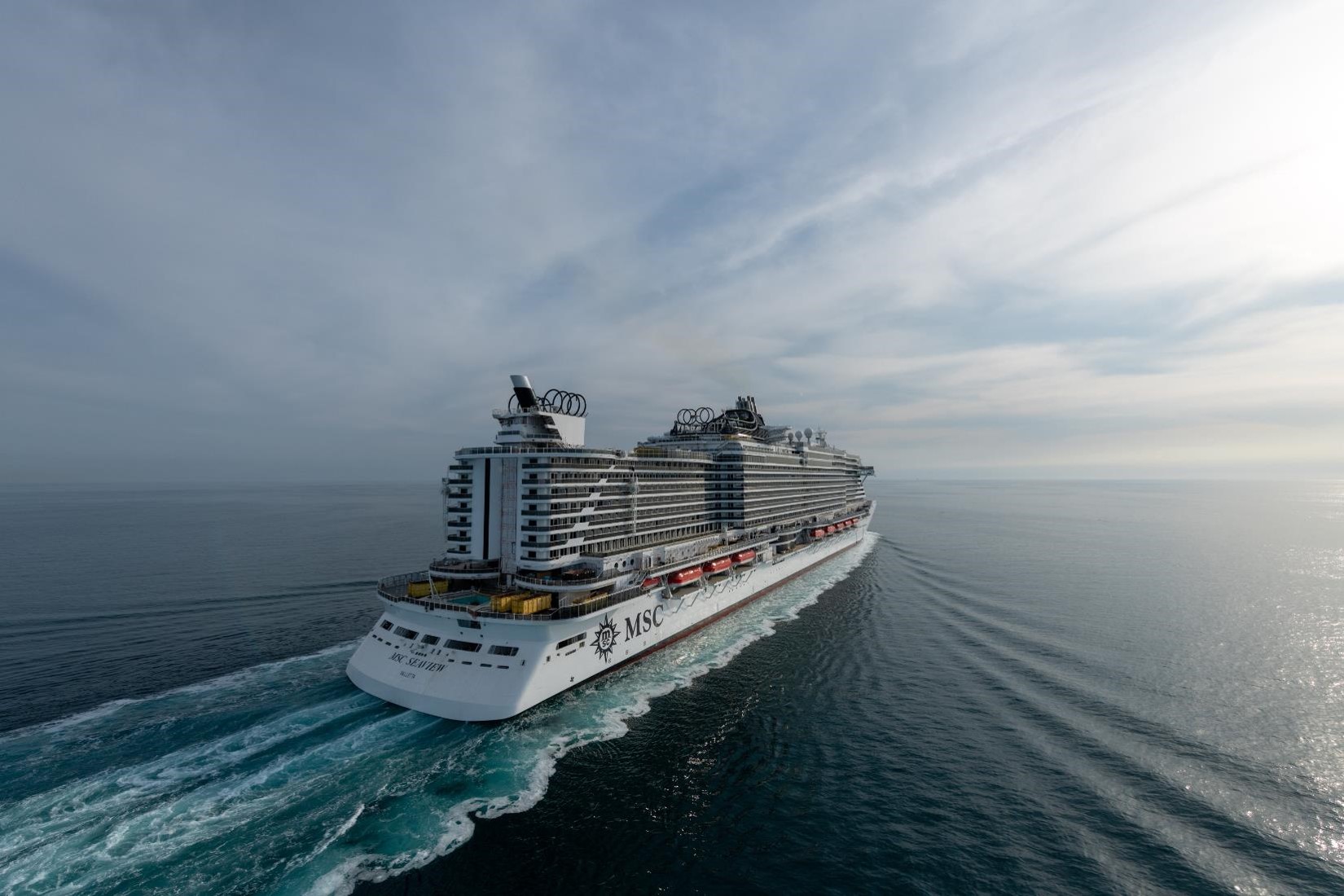 On the night of 9 June, the party featured live entertainment, fireworks, and a gala dinner – a slice of the grandeur to expect on the new ship.

The christening ceremony was hosted by Italian TV star, Swiss-born Michelle Hunziker. It was packed with celebrities such as Lorella Cuccarini, who hosted a special moment on stage; and Matteo Bocelli, the son of Andrea Bocelli, who sang during the officers’ parade, a tradition of honouring the crew from the ship. Bocelli also sang at the christening of MSC Seaside in Miami last December.

MSC Seaview was delivered to its home port about a week ago. It is the biggest ship ever built in Italy.

Also present at the ceremony was Ramon Freixa, a Spanish two Michelin-starred chef who has now extended his partnership with MSC Cruises to develop his first restaurant at sea onboard MSC Seaview. Pan-Asian chef Roy Yamaguchi attended his second MSC christening along with other stars such as Spanish model and actor Jon Kortajarena, Brazilian presenters and actors Giovanna Ewbank and French television personality Ariane Brodier.

The ship’s godmother Sophia Loren finished off the proceedings, cutting the ribbon and popping the bottle of champagne to name the 13th MSC Cruises ship. Also among the distinguished guests was Gianluigi Aponte, MSC Group’s founder and executive chairman, as well as the ship’s owner.

MSC Seaview was designed to enable guests to enjoy the Mediterranean Sea. It was created to enhance the open water and sunshine, and thus intended to cruise in warmer climates. While most cruise ships are planned and engineered to offer entertainment inside the ship, MSC Seaview is designed to bring guests outside of the ship to the open decks and walkways.

MSC Seaview is the 15th addition to the company’s fleet and the third ship to come into service just 12 months under the company’s €10.5 billion investment plan. It commenced on its maiden voyage from Genoa on 10 June 2018.