Outdoor activities along the Mitsuboshi Kaidou (Three-Star Road) in Japan

Spread across five cities and running through four prefectures, Three-Star Road cuts through the Japan Alps offering visitors a chance to experience a truly authentic Japan. The region boasts a wealth of adventure activities for visitors to enjoy from spring canyoning to summer hiking to winter skiing. Here we round up the top adventure activities to endure along the Three Star Road. 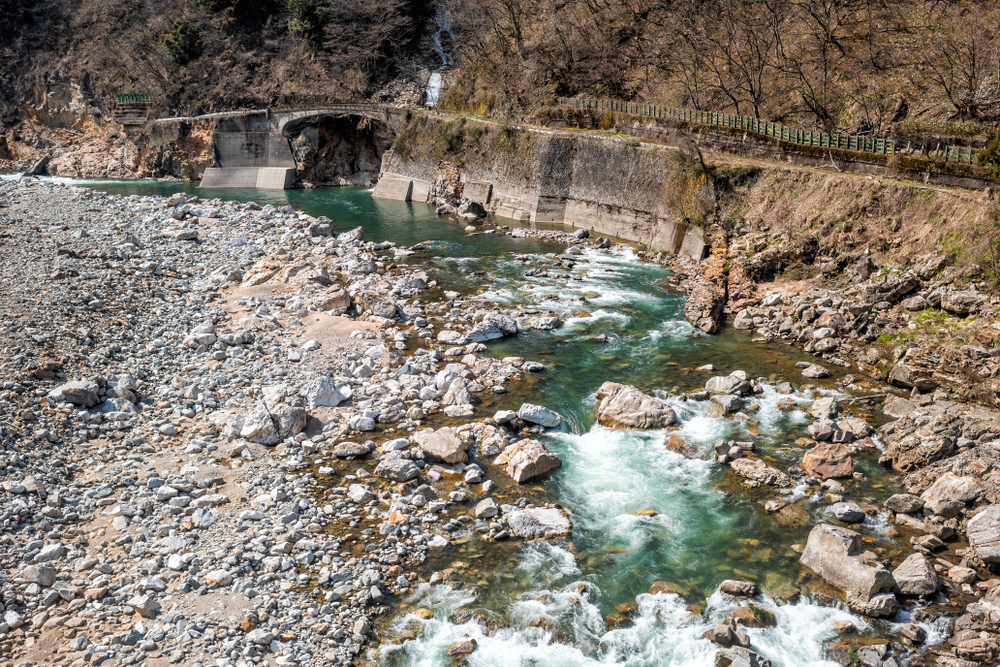 Canyoning in Japan is an exciting and exhilarating activity that is often done from May to October when the weather is warm in central Japan. Slide down waterfalls and splash in to deep pools that have been carved by millennia of fast-flowing water. Canyoning involves swimming, jumping, abseiling, using ropes and cascading down whitewater chutes.

Late spring and early summer have the highest water flow making this the best time to go in this region. There is some hiking involved to access the canyons, but about 80% of the time is spent in the water. Located along the Three-Star Road is the Jinzu River which can be accessed from Michinoeki Skydome Kamioka, located in Hida City close to Gifu’s border with Toyama. J-Wet offers a number of different tours from full-day canyon tours to half-day canyoning and half-day Rafting. 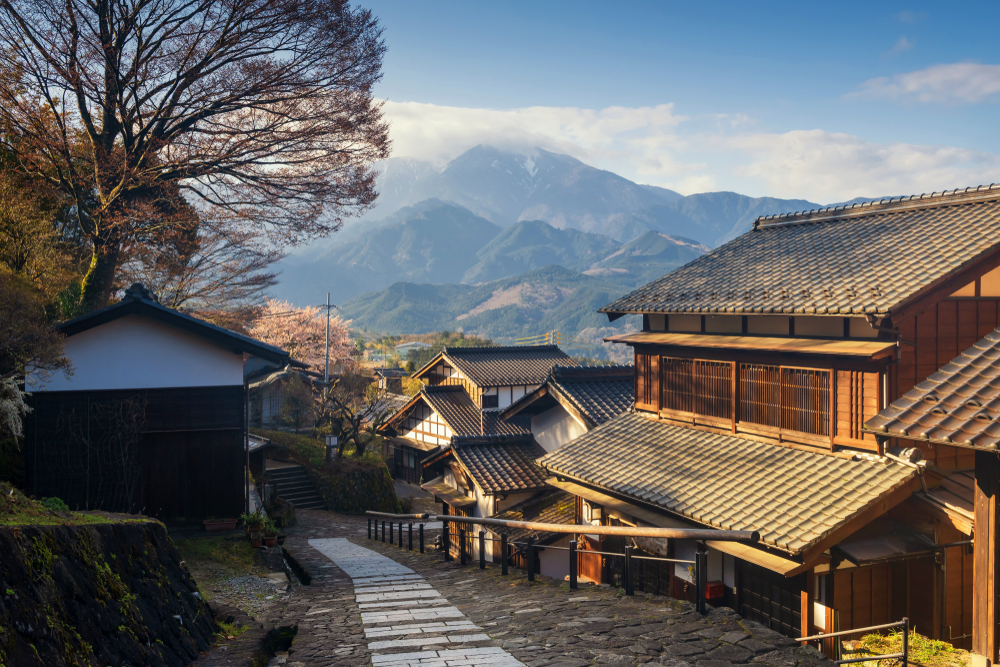 While most of the Nakasendo and its post towns have long ago succumbed to modern development, some portions of the Kisoji area remain almost untouched offering an up-close look at life in rural Nagano. Visitors can walk the entire length of the trail in four to five days, with many preferring to start in Magome at the valley’s southern entrance and proceed north, as most of the journey is downhill. The route passes a number of train stations along the way, so if trekkers tire of walking, they can always take the train to the next town. 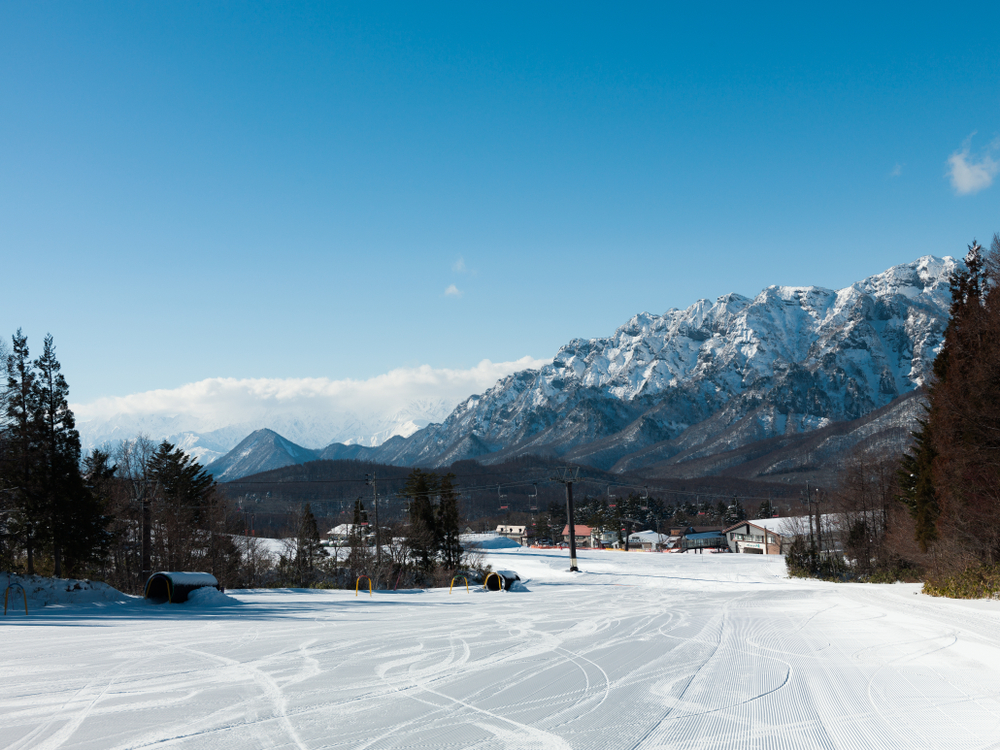 Nagano Prefecture is located in the Chubu region of Japan’s main island, Honshu. Most of the Northern Alps, Central Alps and Southern Alps are located within Nagano (along with neighbouring prefectures). Nagano has the second-highest number of ski and snowboard resorts in all of Japan which are spread around the whole prefecture.

Togakushi is located to the northwest of central Nagano city, its two main course areas are located on the southern slopes of Menosan and the north-western slopes of Kenashiyama. Well-balanced snow slopes with a total of 18 courses, all covered with the finest quality powder snow, lead skiers to the Togakushi Mountains. Visitors can also enjoy cross-country skiing and snowshoeing to walk around on the snow in the vicinity of the slopes. This field of snow will satisfy skiers of all levels, from beginners to experts, as well as those who don’t ski. 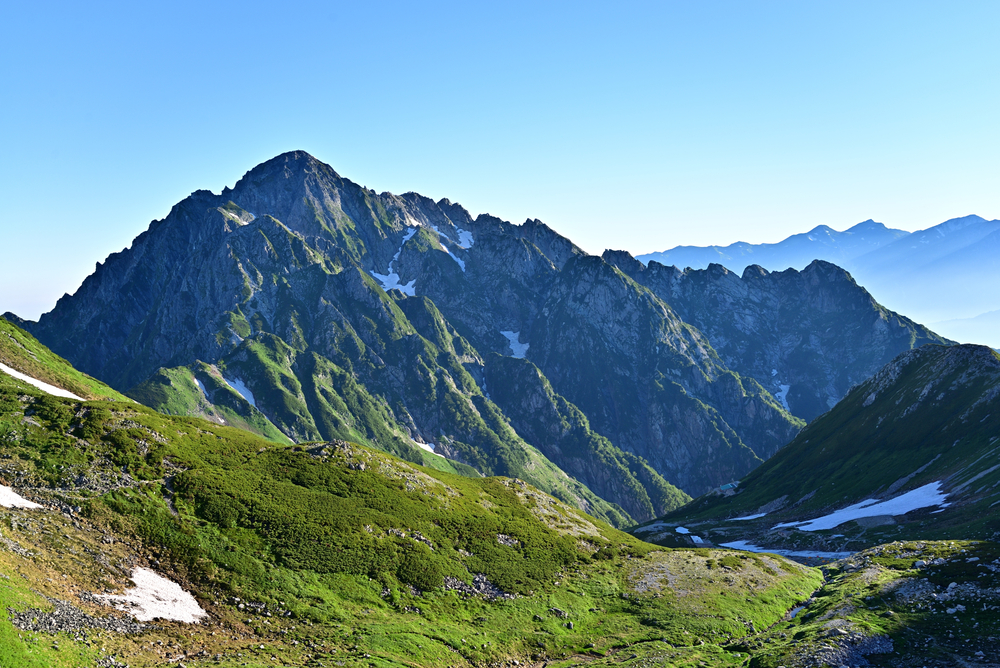 A gorgeous peak in the Northern Japan Alps, Mount Tsurugi makes for some fantastic rock climbing. The spectacular mountain is located in the eastern area of Toyama Prefecture, it is one of the tallest peaks in the Hida Mountains at 2,999 m. Mount Tsurugi is named as one of the 100 Famous Japanese Mountains and is known for being called “the most dangerous mountain” climbable in Japan. While the peak has a number of great ridges visitors can climb, the focus of this hike is the north ridge.

Consisting of several pitches, it takes a long time to scale. As a result, in order to prevent travellers from rushing, this trip is broken up into 2 days. This will ensure that you get to enjoy the entirety of the rock climbing experience. The climb begins at the Murodo Bus Terminal where climbers will make the short journey to the Tsurumi peak. Considered a challenging climb, it is important that participants are in good physical condition and have the correct equipment.