Pakistan adventure and heritage holidays on the rise

Pakistan is limbering up to become a tourist destination and will use the adventure and heritage holiday-maker markets as its starting point, officials have said.

“There’s a variety. You can have all these things which are not available in the rest of the world. We have many things on offer,” Fayyaz Ahmad, manager events and international tourism, for the Pakistan Tourism Development Corporation, told a seminar in Bangkok this week.

Pakistan does have things to offer travellers but concerns about security as well as the limits imposed by strict Muslim society mean it is unlikely to develop the tourist market that Thailand has.

“An appeal to the ‘Indiana Jones demographic”

Visitor numbers are low with the government estimating the industry attracted 1.1 million visitors in 2001, which contributed USD 351 million to the economy. Since then numbers have fallen by nearly to two-thirds to 400,000 in 2014 contributing USD 285 million. By contrast there are an estimated 50 million domestic tourists.

Adventure and heritage, with an emphasis on religion are the angles Pakistan thinks it can start to grow visitor arrivals. With seven UN World Heritage Sites it also has an appeal to the ‘Indiana Jones demographic’ but is looking to others first. “Religious tourism is now one of the major tourisms we are offering,” Ahmad said.

Though Pakistan is overwhelmingly Muslim there are sites appealing to Buddhists, Sikhs and Hindus, as Ahmad pointed out. Taxila an important archaeological site some twenty miles to the northwest of the Pakistani capital was a great seat of Buddhist learning and scholarship.

Another site of interests for Buddhists is likely to be the Lahore Museum where one of the most cherished exhibits is a striking Fasting Buddha statue. Other faiths are also catered to with Hindu Shrines and those for Sikhs, such as the birthplace of Guru Nanak who founded Sikhism, being widespread throughout Punjab.

Pakistan’s plans to target the international diaspora of these faiths though is not without problems. Firstly large markets exist in nextdoor India but fears of security and communal misgivings could stop them becoming a significant trade.

The other big issue is infrastructure particularly poor transport connections and the lack of hotels. Roads are not a problem giving government investment in them in recent years but rail is a problem, officials attending the seminar told Travel Daily. Those interested can invest in hotels but there are no particular fiscal incentives to do so, they added.

Pakistan is pressing on with its plans and some 200 monks have visited the Buddhist sites in hopes of encouraging other pilgrims to follow.

The other market Pakistan is pitching for is the outdoor sports and mountaineering market. Being the country where three mountain ranges – the Himalayas, the Hindu Kush and the Karakoram – converge, it has five of the world’s eight mountains above 8000 metres.“We have got some mountain climbing for you,” said Ahmad. 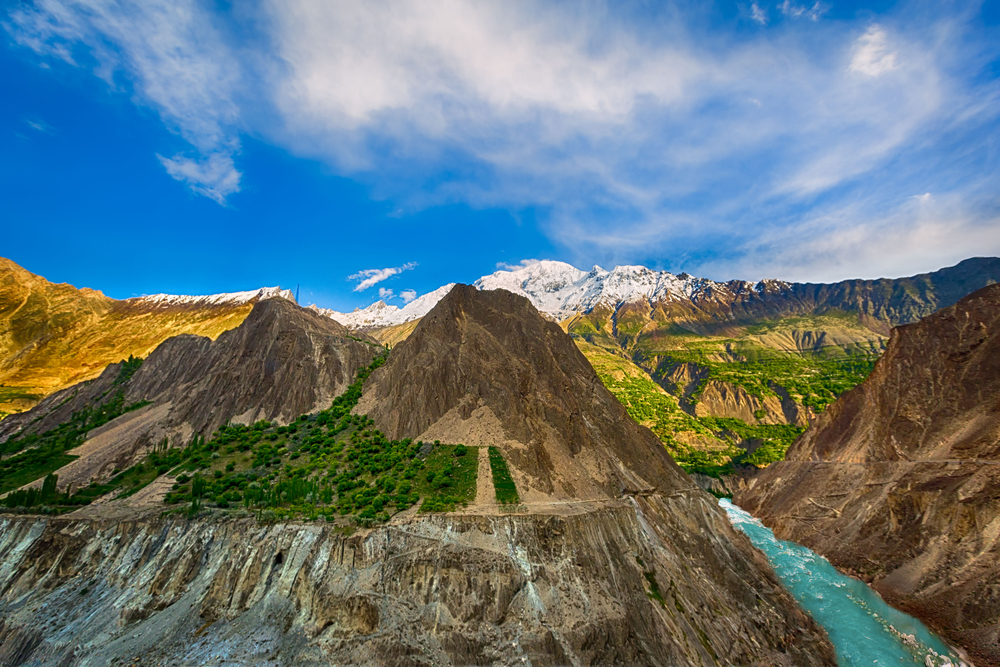 These mountains also give Pakistan a skiing industry as well as a serious potential for nature-lovers of all sorts, given the different types of flora and fauna living there.

The society’s tip was to “head north to the astonishing peaks of the Karakoram along the unforgettable Karakoram Highway, probably the world’s greatest roadtrip. It is beautiful, exciting and culturally interesting, and travellers are rewarded at the journey’s end-point with perhaps the most beautiful natural sight on earth, the Hunza Valley.”