Paws to manual and cross check 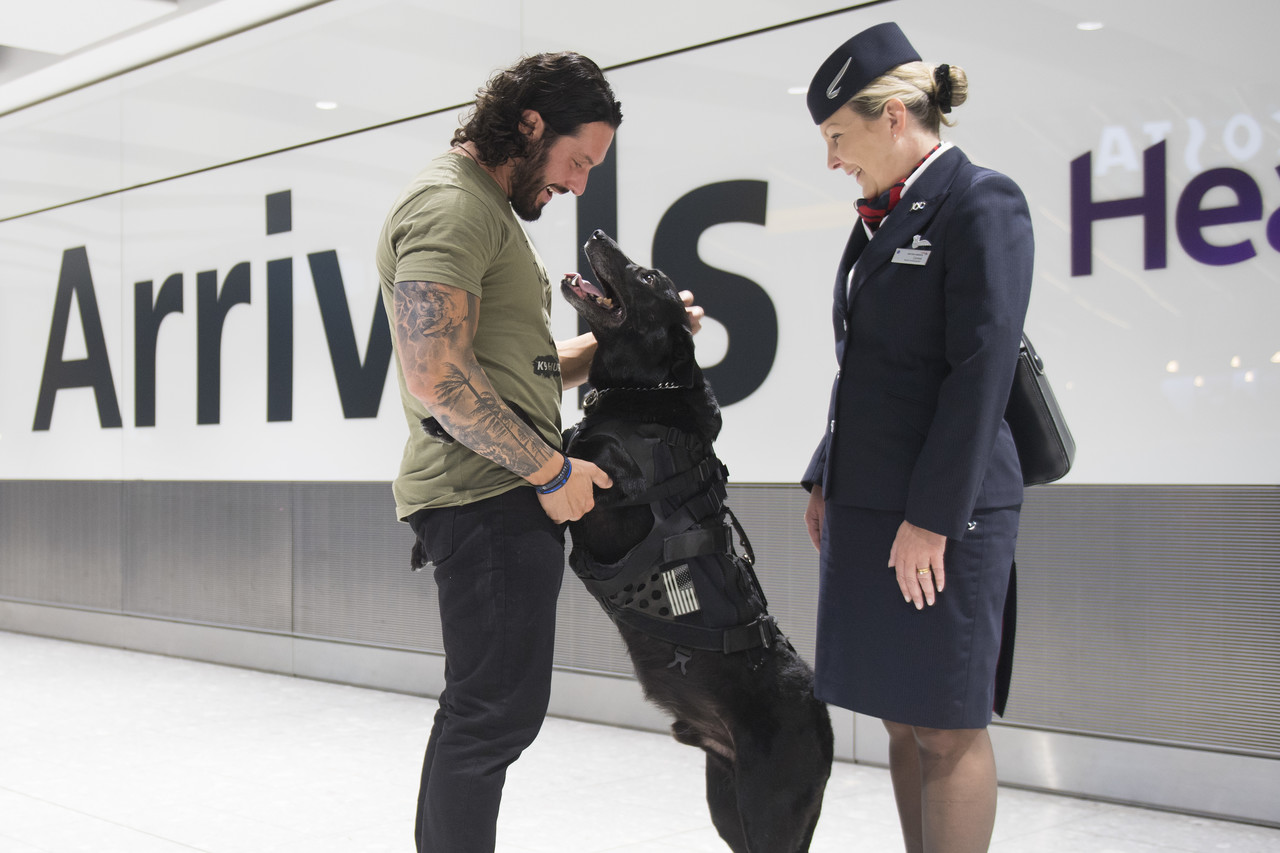 British Airways stepped in to fly a special four-legged friend to the UK to receive an ‘Animal OBE’. When the airline heard that ex-US Secret Service dog, Hurricane, had been awarded a People’s Dispensary for Sick Animals (PDSA) Order of Merit, it pulled out all the stops to fly him in style to the awards ceremony at The House of Lords.

Hurricane, commonly known as Cane, was awarded a medal for devotion to duty by the UK’s leading veterinary charity, PDSA, for protecting the then President Barack Obama and First Family from an intruder who attempted to gain access to The White House. He is the first international animal to receive the honour, which has been awarded to just 30 other recipients.

The airline ensured that the red carpet was rolled out for Cane’s big moment, picking him up in a limousine from his house and dropping him off at a VIP check-in desk at Washington Dulles Airport. Cane and his owner and handler Marshall were surprised by British Airways with Club World (business class) seats for their journey to London, as well as a number of other special touches such as a personalised bed and dog bowl on board.

Carolina Martinoli, director of brand and customer at British Airways said: “When we heard that Hurricane and his owner Marshall needed help getting to the UK to collect an award, we knew we had to step in. We were delighted to be able to fly them over in style and add a touch of magic to their special journey. We’ve never had a more photographed celebrity on board.”

Marshall Mirarchi, Hurricane’s former USSS (US Secret Service) handler and adoptive dad said: “Hurricane was such a legend within the Service. He loved working and his talent for the job impressed me every single day.”

Marshall and Cane’s journey to the UK is part of the airline’s commitment to mark its centenary year with 100 acts of kindness as part of its #BAMagic100 campaign. Since its launch in 2017, the campaign has seen the airline arranging surprise proposals, reuniting loved ones, arranging money-can’t-buy experiences and creating holidays of a lifetime.