Pipeline of female talent in aviation “simply not there,” says Flybe CEO 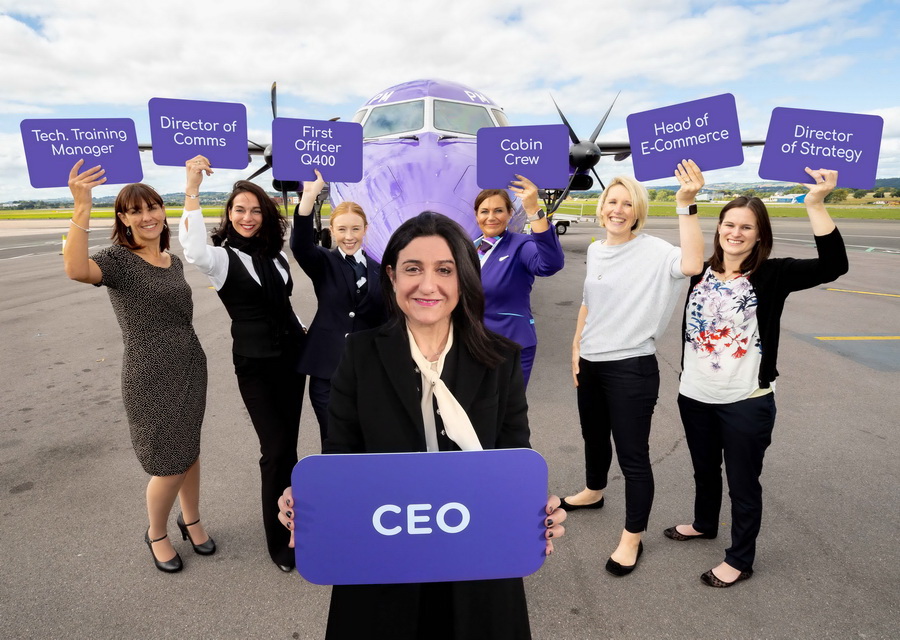 Following an online survey commissioned by Flybe, the UK based regional airline has announced it will be taking measures to combat the gender imbalance it perceives within the aviation industry.

The survey, from independent market research firm OnePoll, looked at the significance of gender had on 1,778 children aged between 6 to 17, when thinking about future careers. What it revealed, though not necessarily surprising, was none the less startling, with girls being “half as likely as boys to aspire to become an aviation engineer” and “four times less likely than boys to want to be a pilot.”

It’s not a sense of vertigo putting off girls from taking to the skies either as girls are also approximately three times more likely than boys to pursue a career as cabin crew when they grow up. These findings could be a huge problem for the future of aviation with analysts predicting that airlines will need another 637,000 new pilots to meet global demand by 2035.

Responding to the issue Christine Ourmières-Widener, CEO of Flybe, Europe’s largest regional has launched FlyShe, a new programme aimed at inspiring the next generation of young women to consider a wider variety of high trust career options when they grow up, such as becoming a pilot, engineer or a member of senior management.

“Aviation is still very much a male-dominated industry. There are many reasons for this gender imbalance, but the main one is that the pipeline of female talent in engineering and piloting is simply not there,” Ourmières-Widener, whose own career path began airline maintenance engineer before climbing the ladder to become the UK’s only female airline CEO.

Ourmières-Widener went on to say: “Forty-one per cent of Flybe’s workforce is now female with women in every role from apprenticeship to the boardroom.  Whilst the majority still comprises cabin crew, there are increasing numbers across all other areas of the business, including pilots and engineers.

“We cannot ignore the fact that the research indicated that nearly one in five girls believe there are jobs they cannot do and I firmly believe that young women cannot be what they cannot see. Through FlyShe, we are committed to showing women they can fly high – whatever it is they want to do.”