A lovey place to visit is Hawke’s Bay.

From Mahia in the north to Porangahau in the south, Hawke’s Bay’s 360 kilometres of coastline and beaches hugs the vast Pacific Ocean.

Located on the east coast of the North Island, Hawke’s Bay is famous for its wines, and the lovely art deco city of Napier. 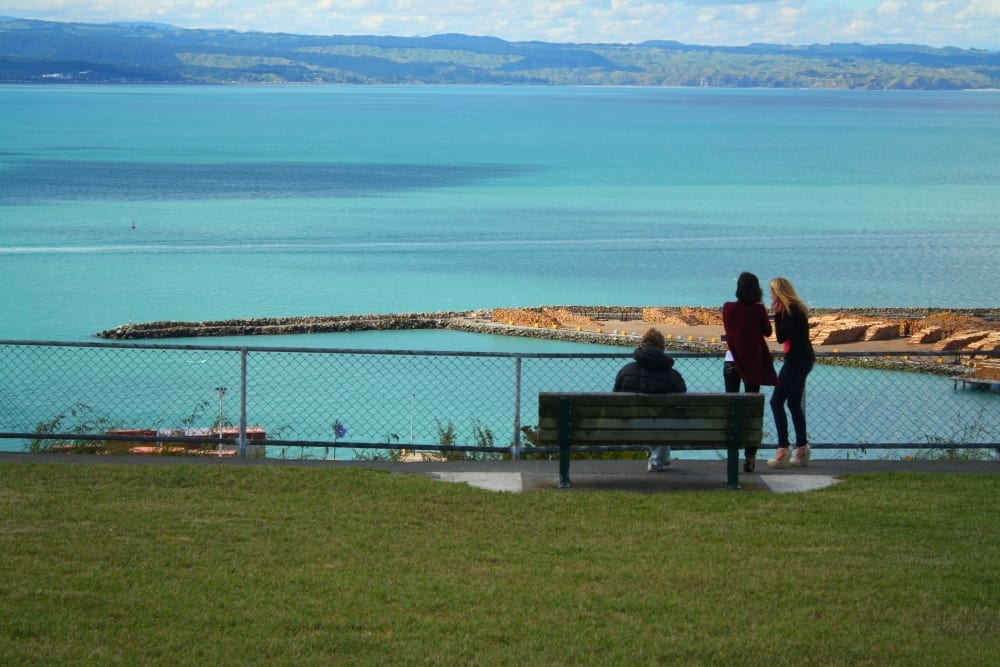 As it juts out into the Pacific Ocean, the folk in Hawke’s Bay boast that it is the first place in New Zealand to see the sunrise. Certainly, the region does allow some wonderful of the magnificent coastline, with stunning, craggy landscape of Cape Kidnappers at the southern boundary of the bay.  The Cape is just about a 30 minute drive from the two major towns of Hastings and Napier.

The name comes from an incident between Captain Cook, during his visit in 1769, and local Maoris, who kidnapped a Tahitian cabin boy.

One of New Zealand’s longest sandy beaches can also be found at Hawke Bay.  This is Waimarama Beach, which attracts many visitors during summer, and at other times of the year. One of the major attractions here is Hakikino, the remnants of an ancient Maori fortress, which still has great significance for the local indigenous people.

Watch out for place names here, because Hawke’s Bay has a hill which the Guinness Book of World Records says has the world’s longest name. It is a 57-letter Maori word Taumatawhakatangi­hangakoauauotamatea­turipukakapikimaunga­horonukupokaiwhen­uakitanatahu, which has the poetic meaning “The summit where Tamatea, the man with the big knees, the slider, climber of mountains, the land-swallower who travelled about, played his nose flute to his loved one”.

If you like to sample the juice of the grape, Hawke’s Bay is New Zealand’s oldest wine region and home to over 200 vineyards, 76 wineries and 38 cellar doors.  The most widely planted grape varieties are Chardonnay, as the conditions here are just right for producing good whites, and Merlot Cabernet blends.  This is because the area has a long ripening season, so is producing goods reds as well.

One of the most charming places that I have visited is the city of Napier, which owes a 7.8 magnitude earthquake that devastated the Hawke’s Bay region in February 1931, killing 256 and injuring thousands more for its emergence as a quite beautiful art deco city.

City landowners take pride in the beauty of their historic buildings, which have been painted in colours and hues that were popular in the age of art deco design.

The main reason why Art Deco was chosen was because it was fashionable and Napier wanted to be modern. Originating in Europe and most popular from 1920 to 1940, the Art Deco style was at its peak popularity for buildings in the early 1930s. Decorative themes include sunbursts and fountains, skyscraper shapes, symbols of speed, power and flight, geometric shapes and ancient cultures.

New Zealand has many regions which are blessed with magnificent scenery.  Hawke’s Bay may not be as dramatic as some of them.  It is, nonetheless, a beautiful region that is certainly worth being included as part of your itinerary.

Disclosure: The writer explored Hawke’s Bay as part of a private holiday