Facing the Straits of Malacca, Penang was one of the great trading ports in South East Asia.  Once part of the Sultanate of Kedah, it was ceded to the British East India Company on the strength of a lie in 1786.

The British may have been the administrators, but it was the Chinese who controlled the business. The British built the imposing public buildings, whilst the Chinese built their shophouses and mansions on a mangrove swamp near the main port. 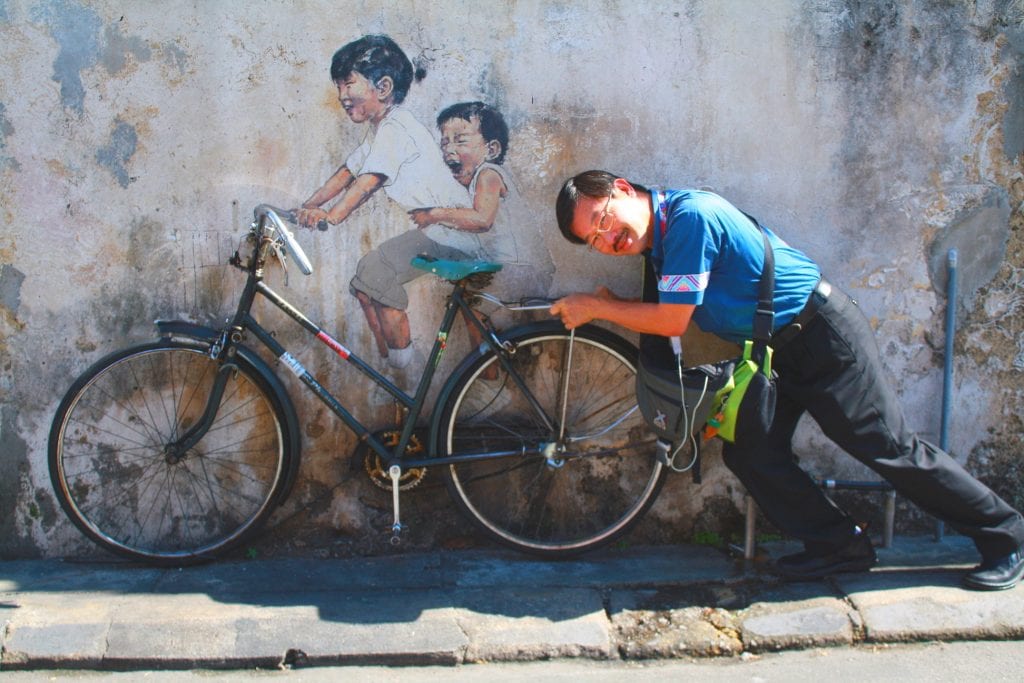 St George’s Church in George Town is a beautifully restored building that is the oldest Anglican Church in South East Asia.  Its imposing set of exterior columns were built to withstand at least a metre of snow on the roof, a fate unlikely in a city that is barely three degrees north of the Equator.

Nevertheless, St George’s is certainly worth visiting and, by law, has to open for at least one hour each day.  The interior is bright and breezy featuring teak altar and pulpit, with wooden louvered windows and doors down both sides to facilitate air movements.

Once outside and a few paces up Jalan Masjid Kapitan Keling and you are well into the narrow streets of Chinatown.

This part of George Town has recently been declared a UNSECO World Heritage Site, but such an honour came with conditions.

One condition was that buildings in a state of bad repair had to be renovated using traditional methods.  For instance, they couldn’t use modern paints because they don’t breathe.  Traditional paints do breathe, and as the town is built on a former swamp the walls need to breathe to rid themselves of rising moisture.

The heritage area does give you an impression of what Georgetown was like is during its earl days, and is still part of a very vibrant city.  Here, businesses of all types operate from tiny shops which line the bustling streets cheek by jowl.

Getting around is easy. There are free buses which can take you into the heritage area.

However, for the visitor, I believe that the best way to experience the streets is to walk them. This part of Georgetown is flat, so strolling is easy.

One very good reason to see the area by foot is to enjoy the amazing street art, which can be found in the most surprising areas.

For me, discovering the street art was pure joy.  It is not gaudy nor garish, but just appears.  Sometimes the art is thought provoking, at other times it is humorous.  The art does not dominate the streets, but becomes very much a part of it.

For instance, a painting of Bruce Lee on a wall that has lost some of its plaster.  The bare bricks are untouched, so Bruce has bits missing where the plaster should be.

There are also dozens of wrought iron caricatures which have anecdotal descriptions of the streets they adorn.  These are very whimsical, and a great way to introduce you to the main trade of the street.

The house where famed shoe designer Jimmy Choo began his apprenticeship has a comic adornment.  On Muntri Street the rich merchants once housed their mistresses, hence its alternate name of `Love Lane’.  Here there is a caricature of a large, near naked man climbing out of a window.

To understand the lifestyle afforded the wealthy, a visit to Pinang Peranakan Mansion on Church Street is a must.

By the way, the spellings of Pinang and Penang seem to be interchangeable, one being a relic of the Portuguese, the other of the British.

I was fortunate to be shown around the impressively decorated Pinang Peranakan Mansion by Lillian Tong, who is the Museum Director. What a brilliant hostess she was as she vividly re-enacted vignettes from the elegant mansion’s history and told its story with mesmerising enthusiasm.

The Peranakans, who were also known as Babas and Nyonyas consisted of Chinese men who married women who were not Chinese, but who were either locals or were from nearby Thailand and Indonesia.  These women, and their children, developed their own culture, and Lillian wore traditional Peranakan clothes.

Originally the home of Kapitan Cina Chung Keng Kwee, it was a typical Chinese courtyard mansion featuring lots of carved-wood panels, with British influences such as Scottish ironworks and English tiles.

Now a museum it is filled with over 1,000 antiques and collectibles.  Within each room is either ornate furniture, period clothing, precious jewellery plus plenty of crockery and glassware of all types.

It is a local tradition for engaged couples to have their official photos taken at the mansion prior to their wedding, and I saw two brides preparing for their photo shoot.

The mansion is much larger inside than it looks from the outside, and I discovered quite a good, and reasonably-priced, jewellery store in one of the rooms.

The Heritage Area of George Town is well worth visiting as it is no relic, but still a thriving commercial and residential centre.

From the wooden clan jetties, where many people live on pylons about the harbour’s edge (a little tip – go at high tide when the odour is less vile), to the shophouses, mansions, temple’s and street art of inner Georgetown, Penang is definitely a great place to visit. 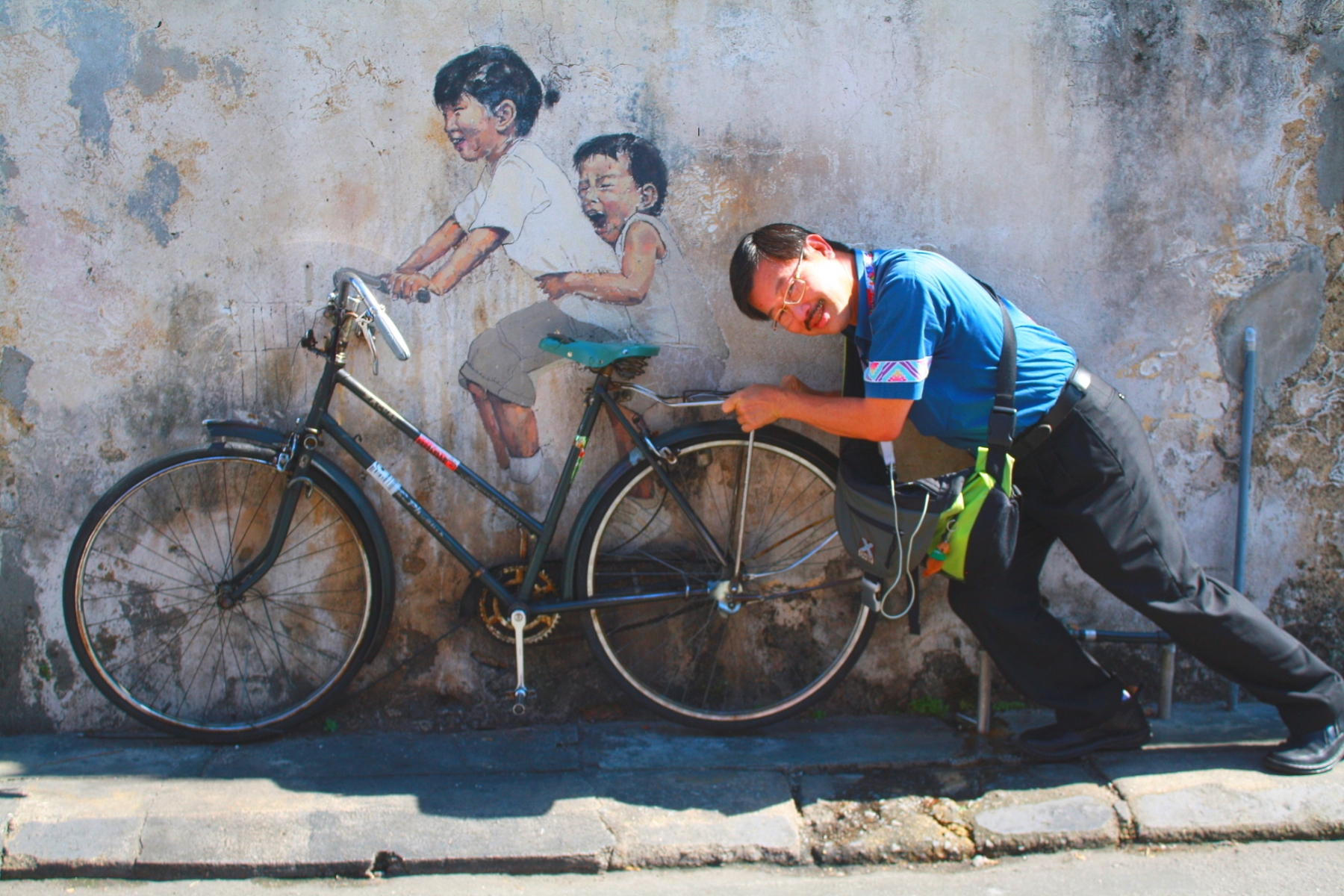 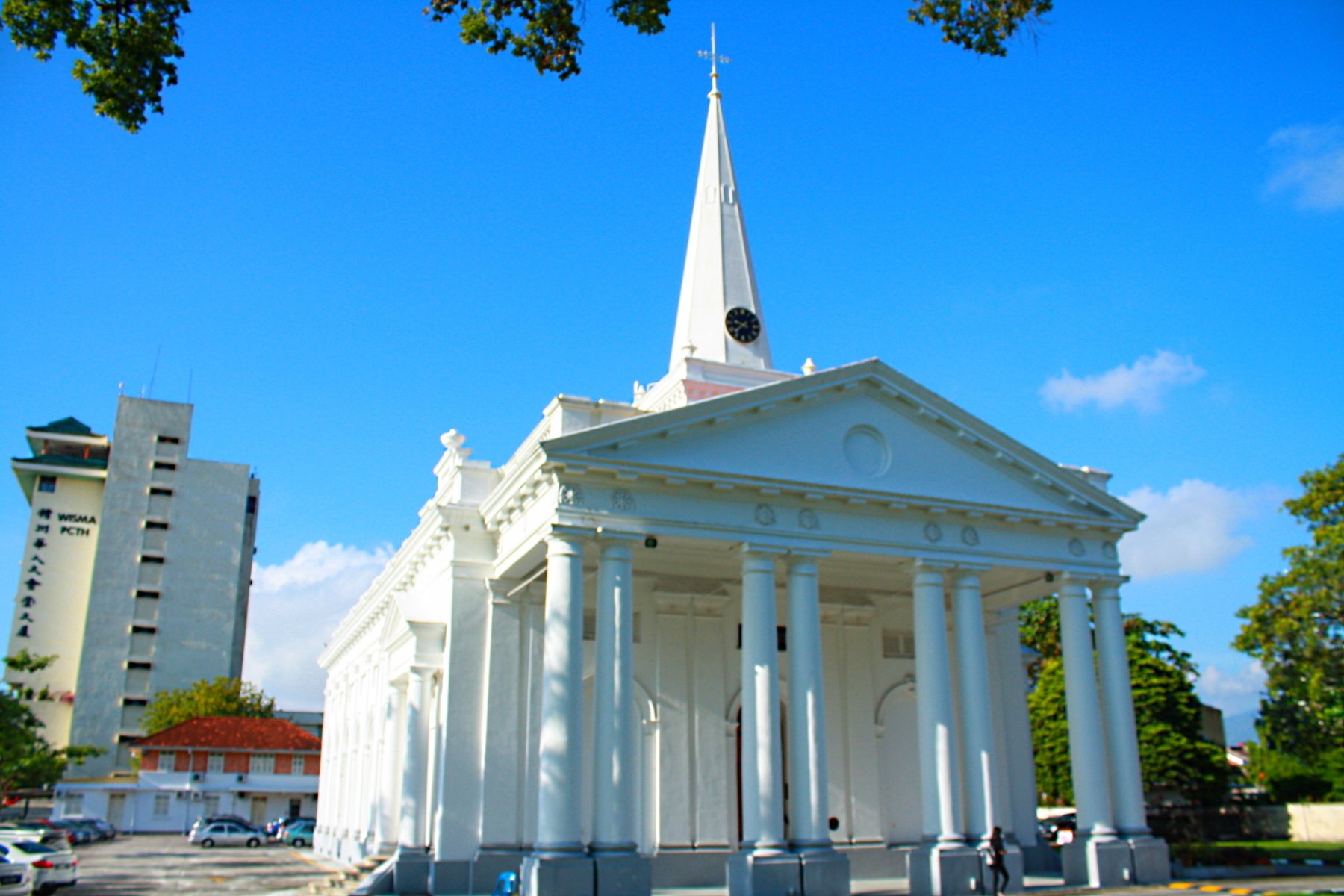 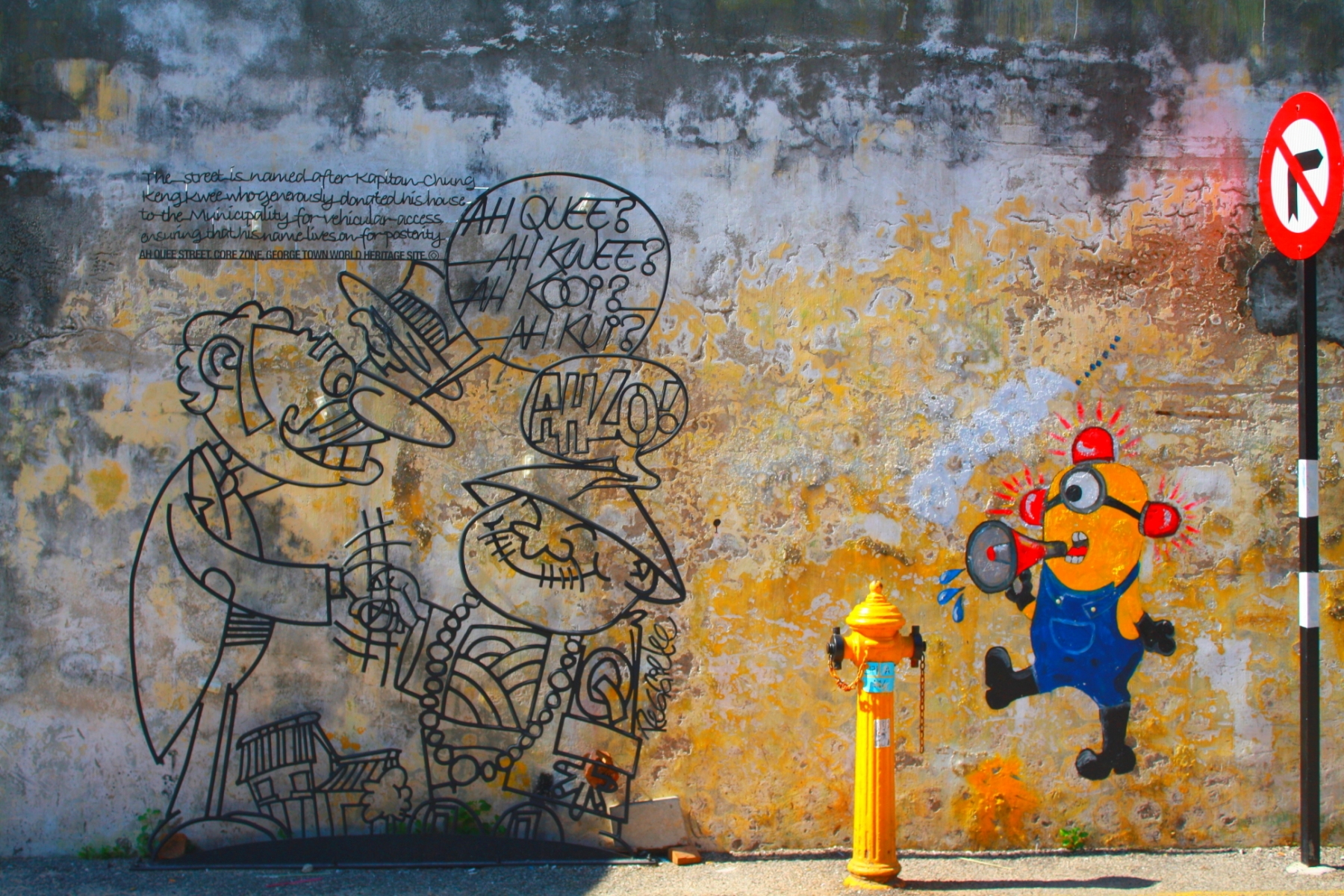 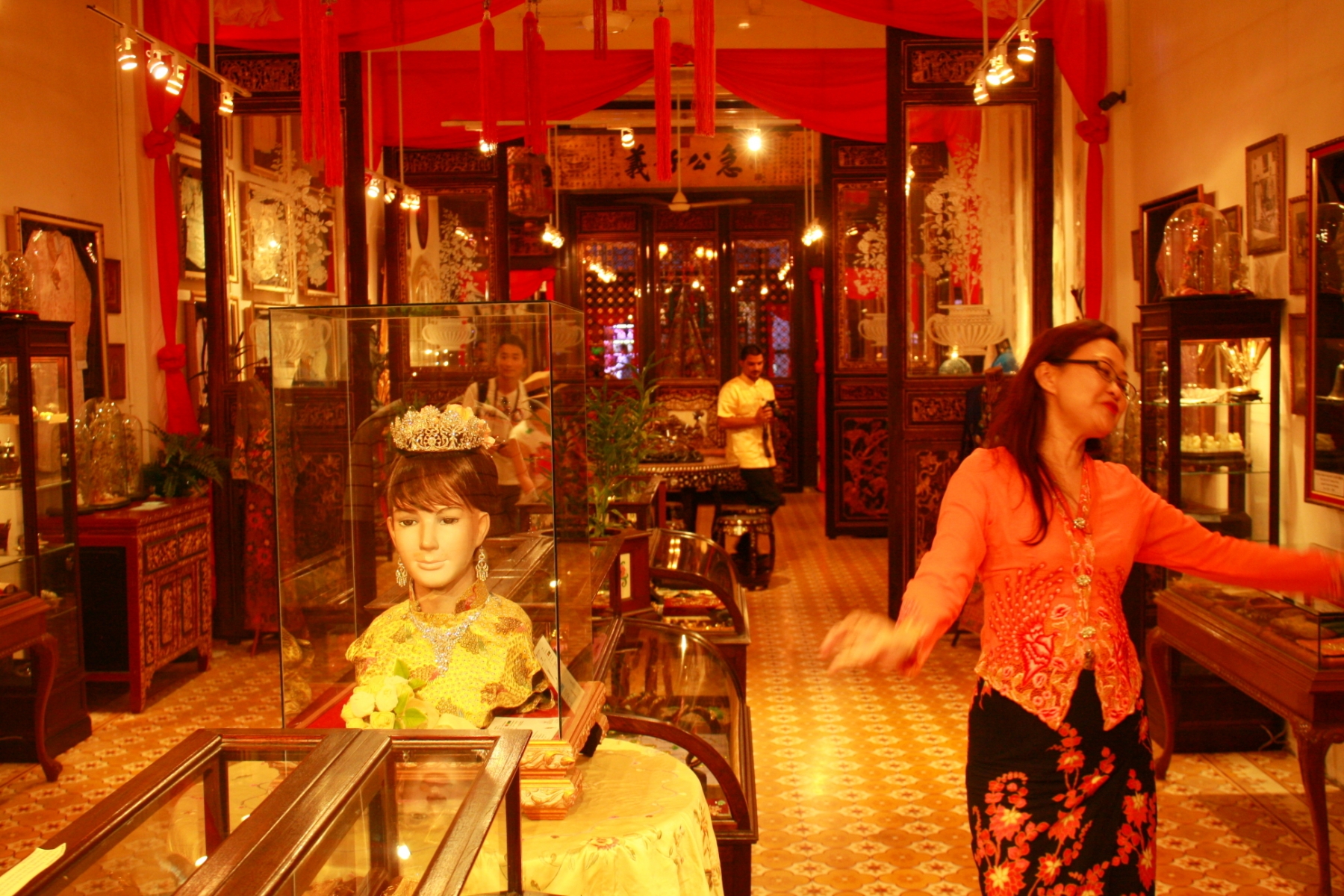