Sumatra is the second largest (after Borneo) of the Greater Sunda Islands, in the Malay Archipelago. It is separated in the northeast from the Malay Peninsula by the Strait of Malacca and in the south from Java by the Sunda Strait. 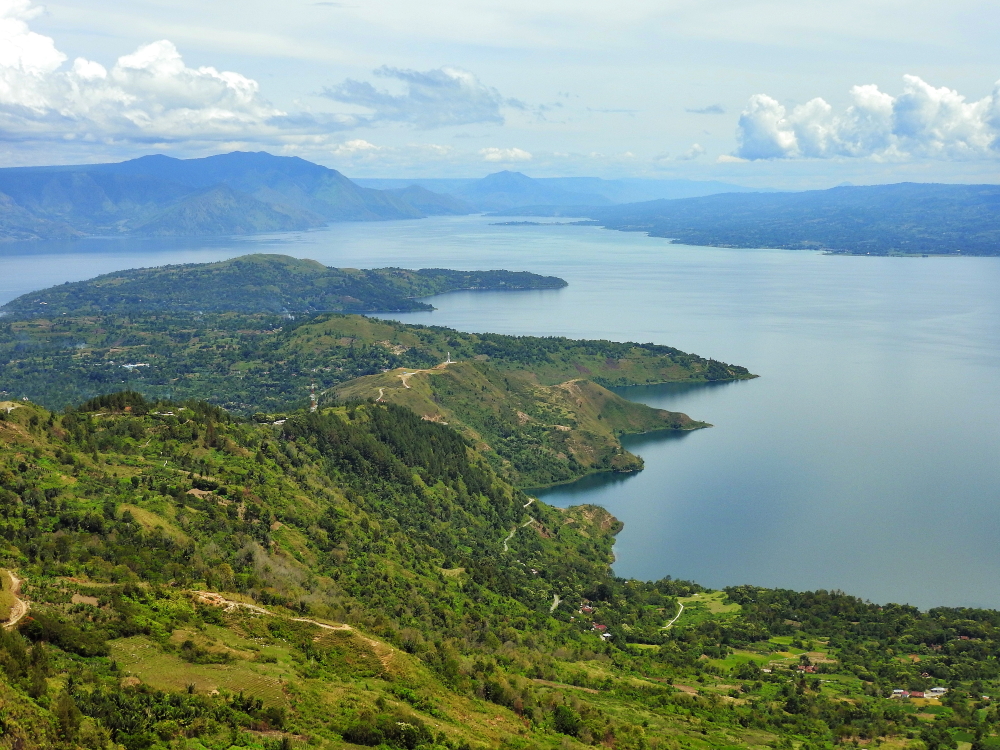 Sumatra is an island of extraordinary beauty where there’s a wealth of exotic and challenging experiences for intrepid travellers.

Much of the island has been shaped by volcanos, earthquakes and tsunamis, although the locals seem to take all of that in their stride. There’s a lot of everything here, big cities, brilliant beaches, dense jungles, raging rivers and extraordinary scenery.

On this remarkable island, you’ll discover a variety of unique as well as common rainforest fauna. You can spot not only red-haired orangutans, but also all sorts of monkeys that swing on treetops, in addition to Sumatran tigers, rhinoceroses, and elephants.

Travelling to and around Sumatra

Given Sumatra’s size, the most convenient way to travel around the island is to fly.  There is an extensive road network, but distances can be long and traffic is often heavy. Transport on Sumatra is an adventure in itself. The roads are bad and even short distances take forever. I’m a large westerner, and Sumatran buses are designed for much smaller Indonesians, so long-distance bus travel can be uncomfortable. Then again, if you are a smaller person, you may be perfectly comfortable. However, one advantage of bus travel is that you will experience some wonderful scenery from the road.

This is an unbelievable experience.  The lake itself is huge, Samosir Island, a 50 km-long island within the lake, is fascinating.  The people here are Bataks and you can experience their fascinating culture. You’ll keep finding yourself yelling out “Horas!” which is a Batak greeting, a wish for good health and their way of saying goodbye. Cruise along the lake, visit numerous waterfalls, and stay in the village of TukTuk for a fully immersive Lake Toba experience.

This is a traditional Batak Village on Samosir Island and it truly is a wonderful experience.  You are welcomed into the village by donning some traditional headwear and joining the local in a dance. The village identifies the family or clan as its residents that in this case is the Siallagan Clan. The Siallagans are descendants of King Naimbaton who follow the line of King Isumbaon, second son of the King of Batak. The village is surrounded by a sturdy stone wall. Inside is a number of traditional Bolon and Sopo houses in which families live and share with their animals. Visitors are told about the history and customs of the village, and are also invited to watch how spies from other villages were executed. Fascinating!

My son did this, and loved it. Bukit Lawang, a small village northwest of Medan, is the base for jungle trekking in Gunung Leuser National Park, listed by UNESCO as one of the most significant biodiverse conservation areas in the world. Visitors may see semi-wild orangutans that have been reintroduced back into nature. My son said that his guide led them deeper into the jungle where they did see wild orangutans.

Gunung Sibayak is one of several volcanoes in Sumatra although it is classified as dormant and is one of the easiest volcanoes to climb if you are in the area. Located close to the town of Berastagi, Gunung Sibayak still has gas and smoke erupting from the crater from time to time and you will also find some soothing hot springs on the side of the volcano. The hike to the top of Gunung Sibayak is around 7 kilometres long so depending on your fitness levels it should take around three hours to get to the summit.

Stop off in Palembang

Palembang is the capital city of the province of South Sumatra and also has a fascinating history as is it one of the oldest inhabited parts of Indonesia. It occupies a pretty spot on the majestic Musi River. This river is one of the main reasons to visit Palembang as the waterfront is dotted with small boats that also serve as restaurants. On these boats you will find delicious plates of local delicacies as you enjoy the river views.

Durian is the most divisive of fruits.  Some say that it smells like a decomposing body, whilst others think that its aroma is a combination of “turpentine and onions, garnished with a gym sock”. Then again others (including me) love it! Durian Ucok Restaurant in Medan is sheer bedlam, particularly when you turn up for a feed at 10:30 pm at night. This place bustles, and the only thing they sell in durian, and there are piles of the fruit everywhere. The waiters slice it open with a sharp machete, and you tuck in. Eating durian is messy. It is very sweet, pungent and has the viscosity of runny snot. There are no table manners, you just slurp it up. Fabulous!