Qantas takes off from Golden Gate to Sunshine state 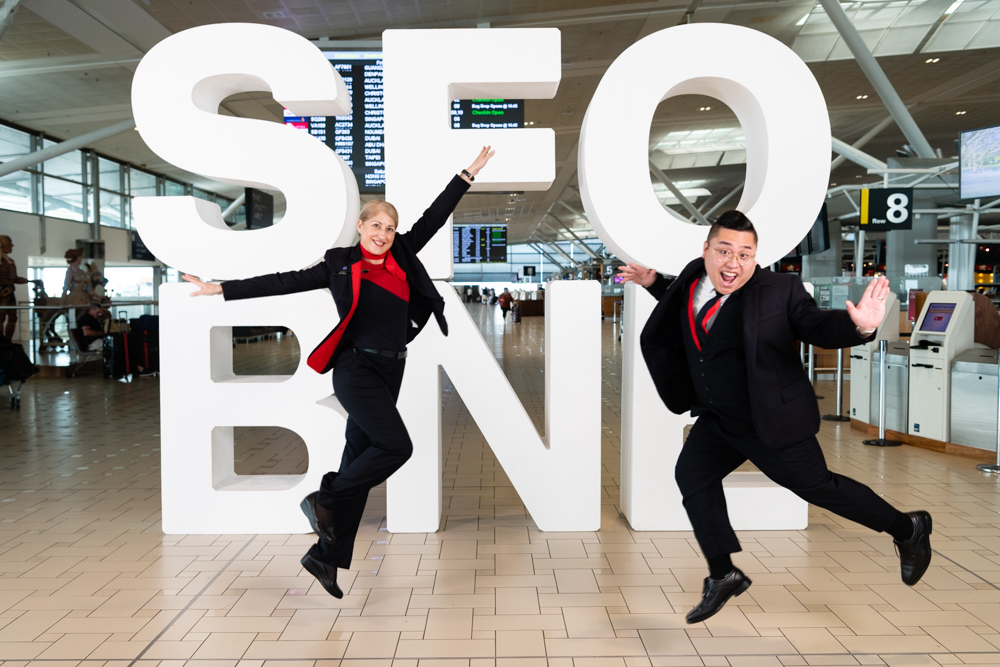 San Franciscans flew direct from San Francisco to Brisbane for the first time, with Qantas operating a new Boeing 787-9 Dreamliner on a brand-new route. The 13-hour 45 minute, 11,367km service marks the first time the Bay City and the River City have been linked by non-stop flights.

In April, the airline will start flying from Chicago to Brisbane as it adds another unique route to its network using the Dreamliner. Tino La Spina, CEO of Qantas said: “These new services will link Australian corporate and leisure travellers with two lynchpin capitals of commerce and culture in the US. Customers will save around four hours travel time compared to the one-stop options currently on offer. These direct routes put some of Australia’s most popular destinations like the Whitsundays just a one-stop flight away from a foggy San Francisco morning or a chilly Chicago day, and that’s great news for Queensland and Australian tourism.”

The carrier will continue to promote Queensland destinations in the US market throughout the year to encourage American visitors to Australia, highlighting many iconic Aussie destinations like the Great Barrier Reef, the famous Gold Coast beaches, and the Daintree Rainforest which were not impacted by the heavily reported bushfires. The timing of the new Qantas flights is complemented by both American and Alaska Airlines’ domestic network feeding in Chicago and San Francisco from across the US.