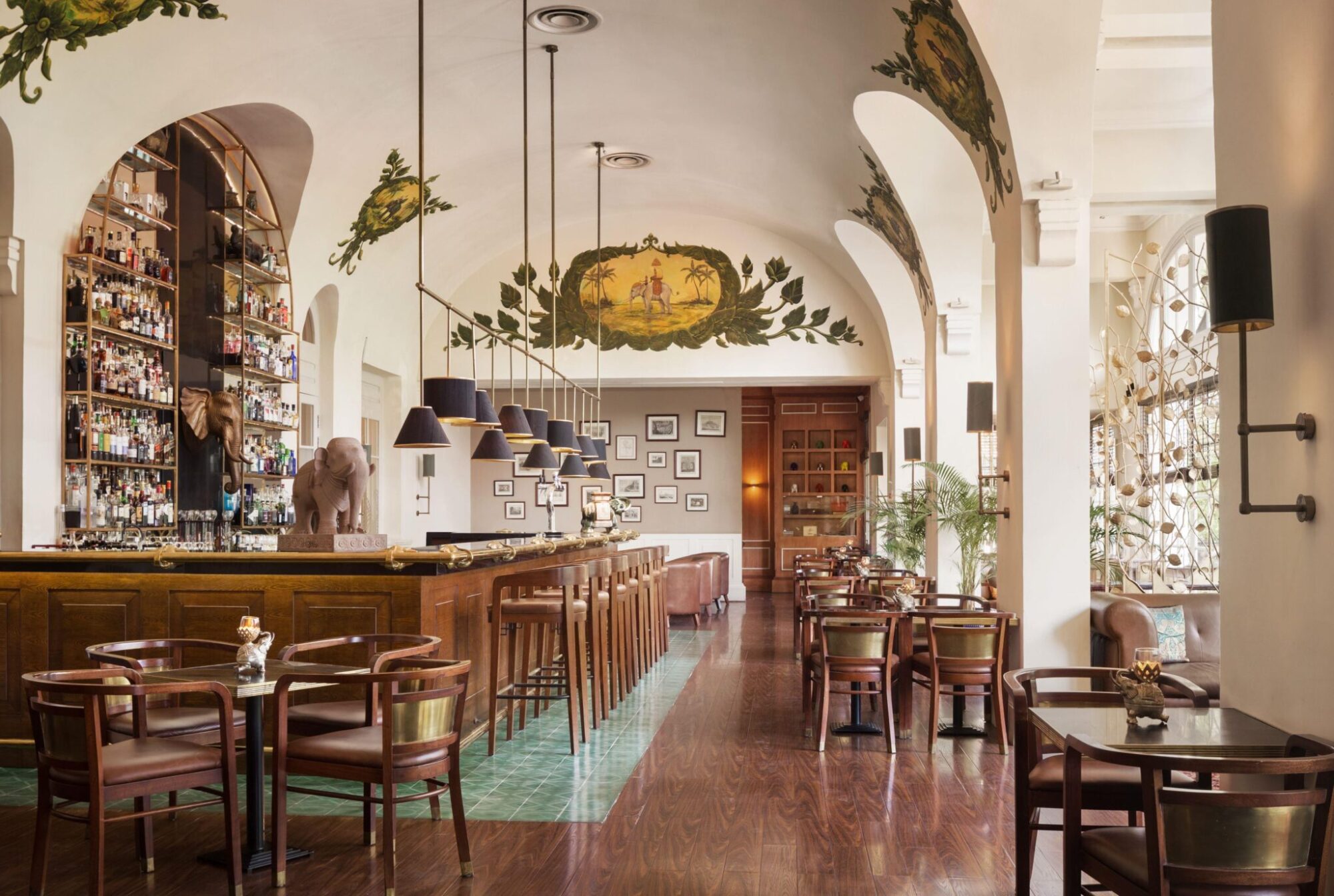 Raffles Hotel Le Royal, celebrated for more than 90 years as one of the “Grandes Dames” of Southeast Asia, has reopened its northern wing as an ASQ (alternative state quarantine), offering an elegant option to inbound travellers.

“Guests will be accommodated in a stand-alone wing of the hotel, with stringent health and safety protocols,” said hotel manager Dennis de Groot. “We are dedicated to offering a sanctuary of unparalleled comfort for those undertaking the mandated 14-day quarantine.”

The move comes at a time when Cambodia has been widely praised for its handling of the pandemic and its efficient vaccine program. It also exemplifies Le Royal’s place in the country’s history, not only as an oasis of serenity, but as a safe haven, a role the hotel famously played in the turbulent 1970s when it was transformed temporarily into a Red Cross facility.

Designed by architect Ernest Hébrard in French colonial style, Le Royal originally launched in November 1929 with an opening ceremony that was attended by the King of Cambodia and included an orchestra. It was an era when daring couples danced the Charleston, and the sight of an automobile in the dusty streets of Phnom Penh would bring children running. Lured by tales of the exotic East and the mysteries of Angkor, many international tourists and adventurers began to set sail for Indochina around this time.

Among the celebrities who would be spotted basking in the wicker chairs and leather sofas of the hotel’s chic Elephant Bar were Charlie Chaplin and his entourage; novelists André Malraux and Somerset Maugham; French President Charles de Gaulle; and in the 1960s, former US First Lady Jacqueline Kennedy. In 1997, at the invitation of Cambodia’s King Sihanouk, the Raffles group was invited to take over Le Royal, along with its sister heritage property, the Grand Hotel d’Angkor, in Siem Reap.

Each of the 175 rooms and suites at Raffles Hotel Le Royal underwent a full refurbishment as part of a meticulous one-year restoration project in 2019. Returning guests will immediately notice lighter and brighter interiors, accentuated by spotlights. Segafredo coffee machines, USB charging stations, and Simmons pillow-top mattresses are among the new features that add modern appeal.

Traditionalists will be relieved to know that the heart and soul of this vintage landmark hotel has been lovingly maintained. The hardwood floors have been polished to a squeak; the age-old ceiling fans still whirl; and the old brass rotary telephones continue to ring.

All bathrooms have been extensively renovated with Italian tiling and rain showers, though some retain their much-loved claw-foot bathtubs. Bathroom amenities will henceforth be supplied by Sodashi, an Australian brand of high-performance skincare products created with the purest botanical extracts.

The courtyard remains the centerpiece of the property, its two swimming pools surrounded by tropical gardens of frangipani, and shaded by giant century-old trees.

Raffles has gone the extra mile to ensure that visitors arriving from abroad are afforded a variety of contactless in-room options: “virtual” classes for children; birthday parties; masterclasses such as cocktail-making; and family cinema evenings are all part of the ASQ itinerary.