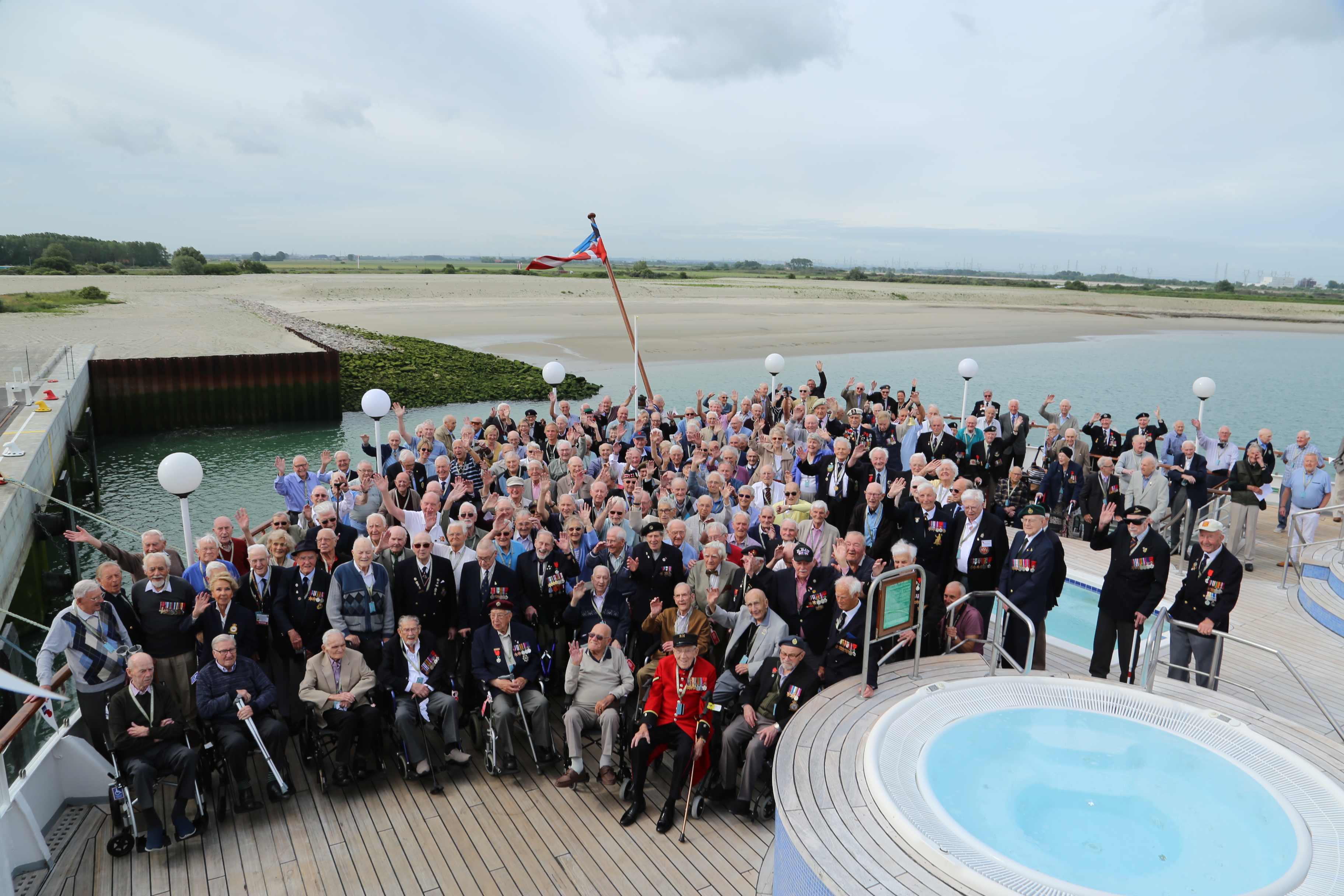 UK-based, Norwegian-owned cruise shipping line Fred. Olsen Cruise Lines hosted 250 D-Day veterans along with their caretakers and companions on a poignant pilgrimage around the UK and Normandy, France on The Royal British Legion’s ‘D-Day 75 Voyage of Remembrance’ aboard Boudicca, from 2-9 June 2019.

Fred. Olsen’s Boudicca set sail from Dover on 2 June 2019, taking the veterans to Dunkirk, Poole, Portsmouth and Le Havre, where they attended a series of commemorative events to mark the 75th anniversary of the Normandy Landings on 6 June 1944.

Suffolk-based travel specialists, Arena Travel, partnered with The Royal British Legion on the historic voyage – with whom they have been an official travel partner since 2013 – and contacted local Suffolk cruise line Fred. Olsen, due to the number of veterans to be transported and the high costs and lack of availability of hotels in and around Normandy.

Mike Rodwell, managing director of Fred. Olsen Cruise Lines, who joined Boudicca for the Voyage, said: “The Royal British Legion’s commemorations of the 75th anniversary of the D-Day Landings and the Battle of Normandy has been a very moving and emotional experience for all concerned, and our staff have thoroughly enjoyed having these courageous D-Day veterans on board.”

Steve Goodenough, managing director of Arena Travel, said: “This momentous Voyage took 250 D-Day veterans and their travelling companions to international commemorations in Southsea and in Normandy. The logistics of organising national coach travel for 500 people to join the cruise and arrangements whilst ashore, as well as managing the onboard programme, was a big challenge.”

The ‘D-Day 75 Voyage of Remembrance’ was one of the most poignant and moving journeys that Fred. Olsen’s Boudicca has ever undertaken.

The Royal British Legion’s ‘D-Day 75 Voyage of Remembrance’ was offered free of charge to D-Day veterans and their companions, funded by the UK Government’s grant, in conjunction with the Ministry of Defence.

Cruise news: ‘Theme park at sea’ to debut in Barcelona and more