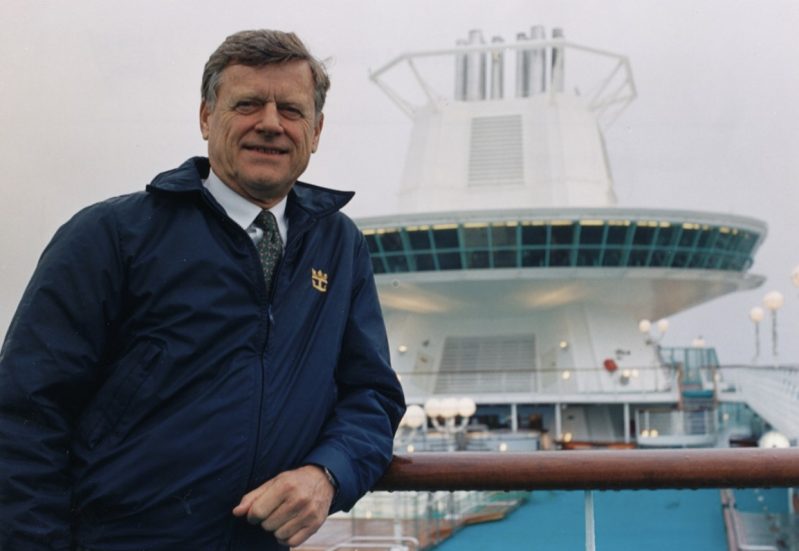 Arne Wilhelmsen, a founder of Royal Caribbean Cruises, has died. He was 90 years old.

In a statement, Royal Caribbean said that Wilhelmsen died on Saturday in Palma, Spain, but did not divulge the cause of death. He was succeeded on the Royal Caribbean board by his son Alex in 2003.

Wilhelmsen earned his MBA at Harvard Business School and worked as a chartering assistant for Norway’s EB Lund & Co. and later as a shipbroker in New York. He joined his family business — Anders Wilhelmsen & Co AS — in 1954, before succeeding as its president in 1961. The Royal Caribbean International was founded in 1968.

The company’s Chief Executive Officer Richard Fain called Wilhelmsen a visionary of the modern cruise industry, who saw the potential for cruising to become the fastest-growing segment in the vacation business.

“At a time when the rest of the world thought cruising was a niche use for old transatlantic liners, Arne was already seeing glimmers of the growth that was possible. He had a vision of the modern cruise industry when the ‘industry’ might have been a dozen used ships, total,” Fain said.