The 21st century and the rise of the internet and social media has made the world more connected, and, on many occasions, a lot more judgemental. Whereas it once took a natural disaster to necessitate a crisis management command centre, in 2018 a crisis is just as likely to be an errant tweet or misjudged soundbite.

This is where SimpliFlying comes in. Shashank Nigam, CEO and founder of the aviation marketing consulting firm, explained: “The scope of crisis communications has expanded dramatically. It is no longer limited to just accidents and aeroplane disasters, it’s also about the extent of social media whether that is the loss of a dog, rogue Instagrammers or a celebrity being unhappy [with their flight] – all of that takes the form of a crisis for an airline.

Traditional crisis management processes are not prepared for something like this. So in the last couple of years SimpliFlying has implemented a number of command centres for airlines which offer an integrated view and allow an airline to handle these modern crises.

Sounds complex, how difficult was this to set up?

We realised there were three main challenges in installing crises management operations; number one, it required a lot of human resources, in terms of training and in managing the operation; number two, such a project requires the buy-in of IT and procurement of the right tools for the task, for example the large display screens that are needed to keep up to date on the unfolding drama.

The third and biggest challenge was the timeline; once an airline has designed a command centre it can take anywhere from nine to 16 months for it to go live.

Why we don’t launch an “on-demand” command centre as a service?

This is where we thought, why we don’t launch an “on-demand” command centre as a service in which an airline can literally turn it on and immediately have access to a fully operational centre able to monitor, respond to and escalate any situation. 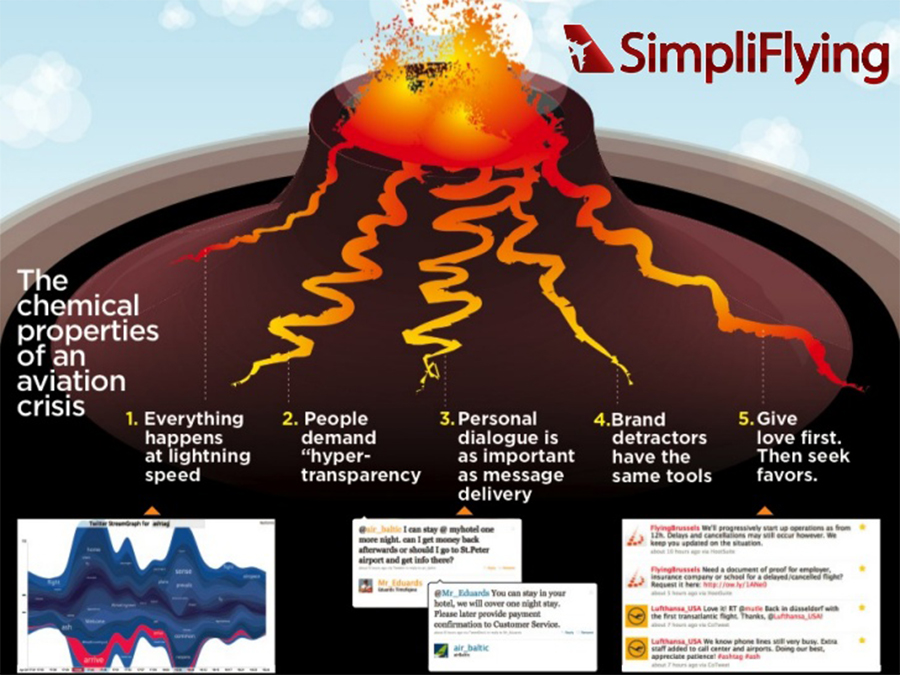 When you say escalation, how does that work?

Many airlines do not have an escalation procedure in place for non-serious accidents, so when something goes wrong how do you quickly escalate to an executive who can actually make a decision on how to respond?

American Airlines has this internal standard operating procedure and have managed to avoid major social media disasters. On the other hand, we know how viral videos have hurt the likes of United Airlines. 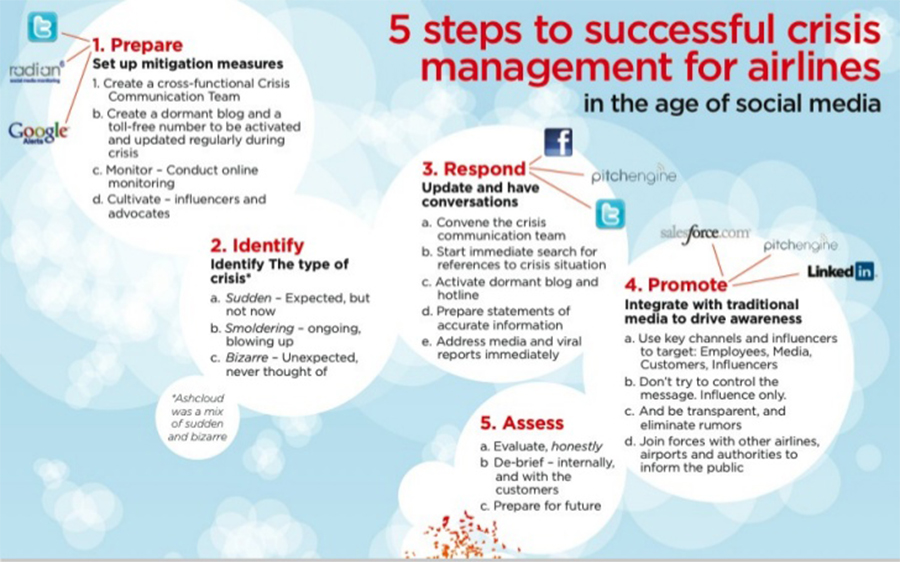 Which airlines have you worked with during  crisis?

If you remember, there was a major earthquake in Mexico recently. We had just finished installing Volaris’ [Mexican LCC] command centre in Cancun, which had gone live a week earlier, so all the processes we had put in place were tested right there and then. I am proud to say the team at Volaris coped extremely well.

Also, SimpliFlying worked alongside Cebu Pacific after the hurricane in the Philippines to draft tweets and media responses to ensure passengers were informed and helped. And, at our newest airline in the Middle East, Flyadeal, we ensured that the airline started on the right footing by setting up a command centre that went live on day one.

Say I was an airline, and I gave you a call and said I wanted your service. What happens next?

Well, we would have a quick assessment of what tools you’re using right now, and how you operate this set-up, a process which takes about a week. Then we would recommend what specifics you need, to match your airline’s requirements, to get started. Two weeks later you’re up and running.

In regards to equipment, we do usually expect an airline to have some sort of screen or monitors; they are often lying in storage somewhere. We then customise them and plug them in with the best of class dashboards. This is all done with our partner, HappyMarketer, which already has access to these tools.

Our vision is to ensure that an airline has the ability to respond to a crisis, as and when they need it, on a platform of their choice.

What is the benefit of using your subscription service instead of just pressing ahead and installing their own?

There is zero wait time; you can turn it on right away and have access. There are also minimal start-up fees, it is going to cost a fraction of the money of a modern command centre which can be anywhere between US$50,000 – $100,000 to get going.

The most important part of this service is that, following some training from our team, airlines are fully set up and ready to act within a couple of weeks instead of 16 months. And guess what?  If, after giving it shot for a couple of months, the airline doesn’t like it, they can just change the tool or even turn it off. It’s a good way to trial it without going through IT and procurement etc.

Our vision is to ensure that an airline has the ability to respond to a crisis, as and when they need it, on a platform of their choice.

One flight at a time: Cebu Pacific resumes 20 domestic routes