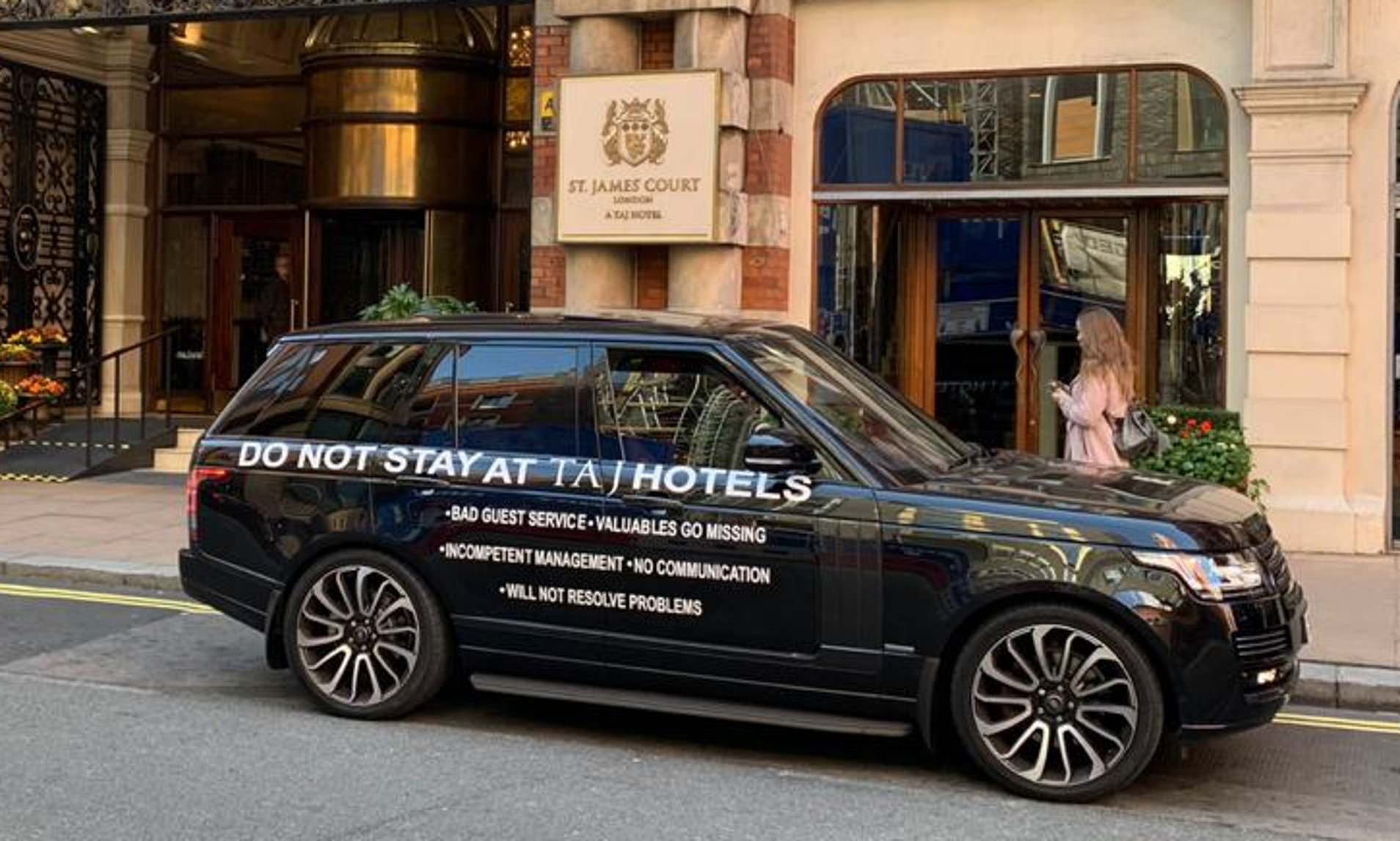 A car believed to be owned by a disgruntled customer was parked outside a luxury hotel with a sign complaining about ‘bad guest service’ and ‘incompetent management’. The black Range Rover was spotted by a passer-by daubed with the large white lettering as it waited outside the five star St James Court, owned by the Taj Hotels group, near Buckingham Palace.

The sign plastered on the side of the vehicle read: ‘Do not stay at Taj Hotels’ and listed a number of complaints. Statements written below included ‘bad guest service’, ‘incompetent management’, ‘no communication’ and ‘will not resolve problems’.

It is unclear who is behind the stunt that is believed to have been carried out outside the hotel. An almost identical protest was held outside a Taj Hotel in South Africa last year, after a banner with the same wording was erected nearby.

The hotel, which is GBP 300 (USD 366.93) a night for the cheapest room, has an ‘excellent’ rating on TripAdvisor out of nearly 5000 reviews. It has been praised for its ‘wonderful’ accommodation, ‘polite and courteous’ staff and ‘beautiful interior’.