Swimming with Mantas in the Maldives 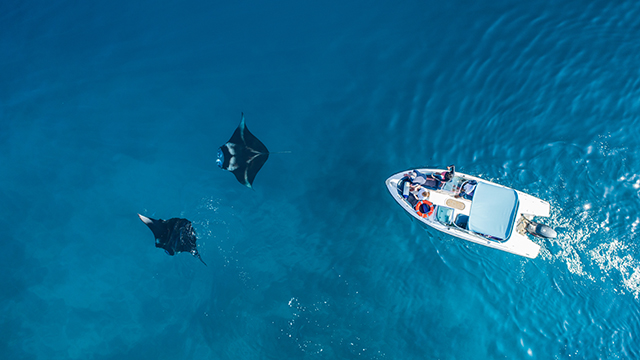 The Maldives is home to the largest known population of manta rays in the world, and while these beautiful creatures swim in the Indian Ocean throughout the year, knowing which atoll to visit can be the difference between seeing one or a squadron. At this time of the year the lunar tide pushes against the Indian Ocean’s southwestern monsoon current, a suction effect pulls tropical krill and other plankton from deep water up to the surface. Reef manta rays migrate across the archipelago according to the shifting monsoons and the cycles of zooplankton distribution.

Have you ever seen a manta Ray leaping up out of the water, as though trying to fly like a kite? In the Maldives, the collective name for underwater rays is ‘Madi’ which is the same word they use for kites. 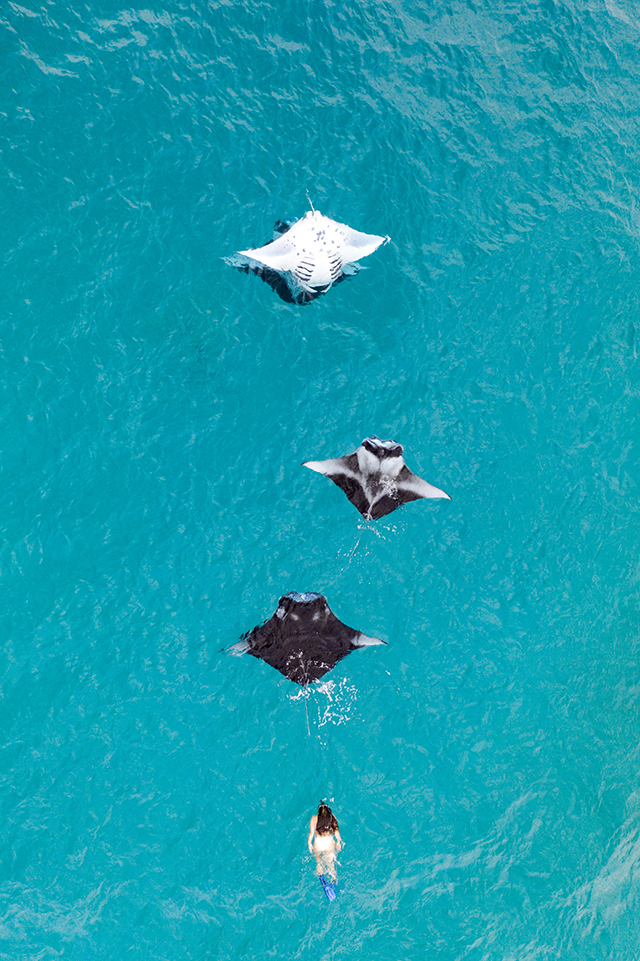 Best places to swim with the Mantas

Located in the Baa Atoll, Hanifaru Bay is a UNESCO Biosphere Reserve and the feeding hotspot for manta rays Here you can swim or snorkel among these gentle giants and get up close and personal with the world’s biggest fish, the whale shark.

North Male’ Atoll is home to the famous ‘Lankan Manta Point’ where divers can encounter manta rays between May to November.  If you are not keen on diving, snorkelers can have this amazing experience in Rasfari North, a shallow reef regularly visited by the gentle rays.

Addu Atoll is an exceptional scuba diving spot where you can spot almost everything from manta rays to eagle rays to turtles and more.

Every manta ray has a unique spot pattern on its belly that can be used to identify it, similar to a human fingerprint. Manta rays are truly colossal, with some individuals reaching seven meters wide and weighing up to two tonnes. Mantas have the largest brain of all fish, and their intelligence and curiosity make encounters with these animals a truly magical experience. Mantas never stay still – they belong to the group of fish that must keep moving in order to keep breathing. As they glide through the water oxygen-rich water is pushed through their gills to keep them breathing.

Sundaram: Tourism in 2023, both globally and for the Maldives, looks promising

Four reasons for a family vacation in Maldives and Mauritius