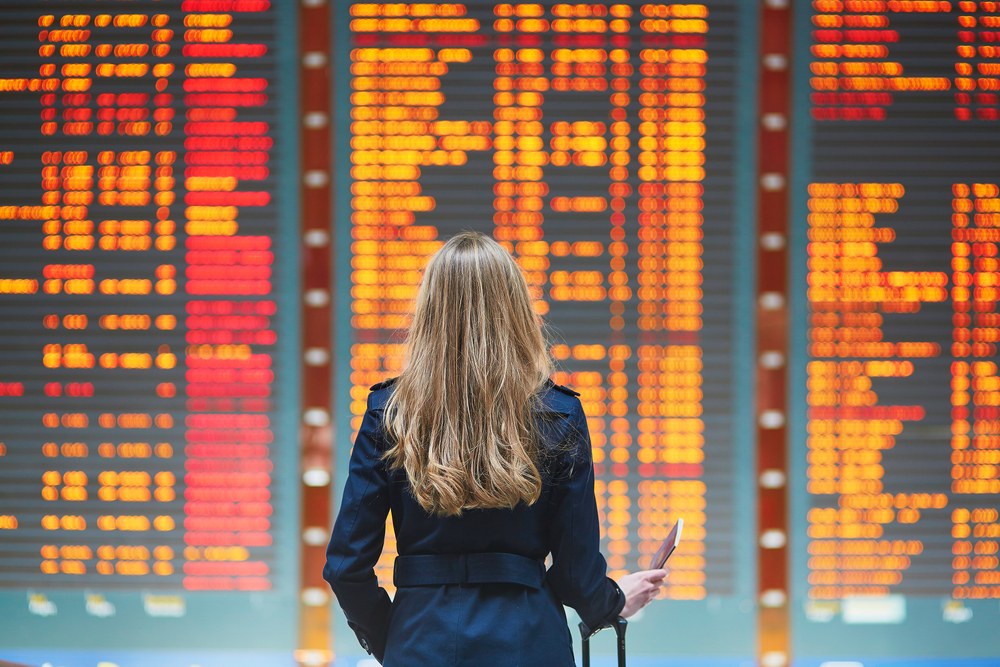 Sydney Airport was a ghost town yesterday morning as more than 90 flights arriving in the city have been cancelled today.

The stack of flight cancellations has sent school holiday travel plans into disarray after states and territories slammed their borders shut to Sydneysiders yesterday, as the Bondi cluster grew to 31.

The border measures prevent Sydneysiders from entering all states and territories, unless for limited exemptions or in some cases if they undertake quarantine.

The last flight from Sydney left for Brisbane at 9:45 pm last night. While the final flight departed for Melbourne at 9 pm.

WA authorities yesterday announced its hard border with NSW was already in effect and had been for 18 minutes about 11:15 am local time.

Premier Mark McGowan admitted the strict border measures would cause inconvenience but stood firm that it was necessary.

The state’s 14-day isolation measures will also apply to all travellers who have been in NSW since 12:01 am, June 11.

The last-minute change was a hard pill to swallow for arrivals yesterday, many of whom were devastated.

“We came out and we had the police stopping us and just informing you either had to fly straight home or quarantine for 14 days,” one traveller told 9News.

Victoria’s Department of Health declared seven Sydney LGAs red zones on Tuesday night, meaning only Victorian residents can enter the state and they must quarantine at home for 14 days.

The state’s Chief Health Officer Professor Brett Sutton warned travellers they would be hit with fines if they tried to breach travel restrictions and enter Victoria without a valid permit.

People who attempted to enter via an airport or seaport unlawfully would also have to stay in hotel quarantine until their return transport is arranged.

“I know this is a difficult time, but my priority is always the health and safety of Queenslanders,” Dr Young said.

Western Australia and South Australia have put in place border restrictions for the entire state.