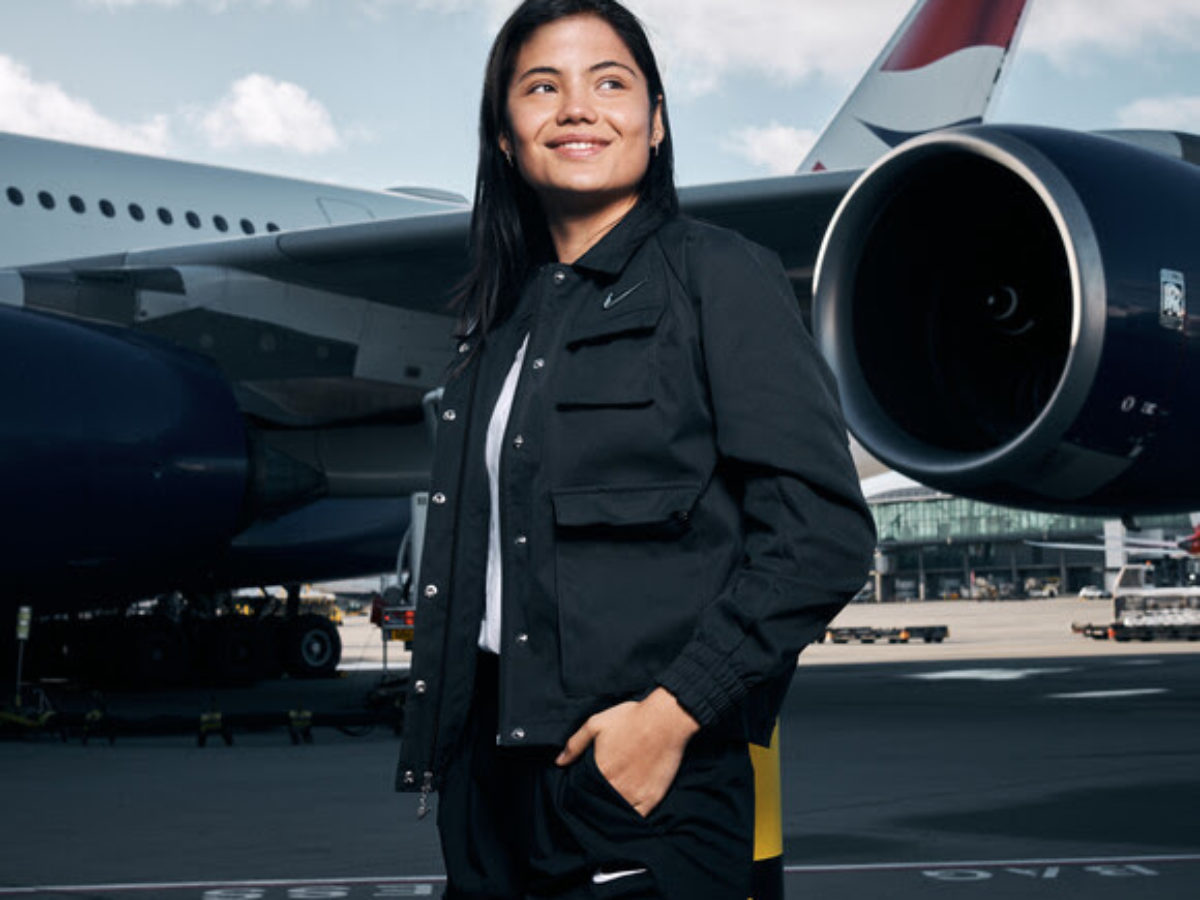 British Airways has named tennis superstar, Emma Raducanu, as its latest global brand ambassador. The airline, which prides itself on connecting Britain with the world and the world with Britain, will support the British star as she represents the nation globally.

The airline will fly Emma to tournaments and training around the world, including next year’s French and US Opens and the Masters’ events in California and Rome, as Emma embarks on the next stage of her worldwide tennis career.

The news follows Emma’s triumph at the US Open in September 2021, making her the first British woman to win a Grand Slam title since 1977. The airline proudly carried both Emma and her team home from the win, warmly welcoming her back to the UK to be reunited with her family.

As well as tennis, Emma has a passion for aviation, which the airline hopes to bring to life with various activations through its long term partnership, reaching and inspiring women and younger audiences to consider a career in the industry. The UK’s flag carrier, who has a long-standing history in supporting national sporting events and teams, will be Emma’s first British brand partner.

Tom Stevens, British Airways’ Director of Brand and Customer Experience, said: “As we look ahead to the world opening up again, we’re excited to be supporting the very best of British talent, Emma Raducanu. We couldn’t have been prouder as a nation than when Emma won the US Open. Sport has the power to inspire and unite people all across the globe, so we are delighted to be supporting Emma as she represents Britain and takes on the world.”

Emma Raducanu, British professional tennis player, said “British Airways has taken such good care of my team and I ever since the US Open and I have felt their support everywhere I have flown. To be partnering with such an iconic British brand that can play a big role in my performance makes a lot of sense to me. I’m fascinated by aviation and we have some interesting projects planned together.”

British Airways has been the proud airline partner to Team GB and Paralympics GB since 2008 and is currently the Principal Partner to Twickenham Stadium, Official Airline Partner to England Rugby. The airline also flew the British & Irish Lions to and from South Africa this year.