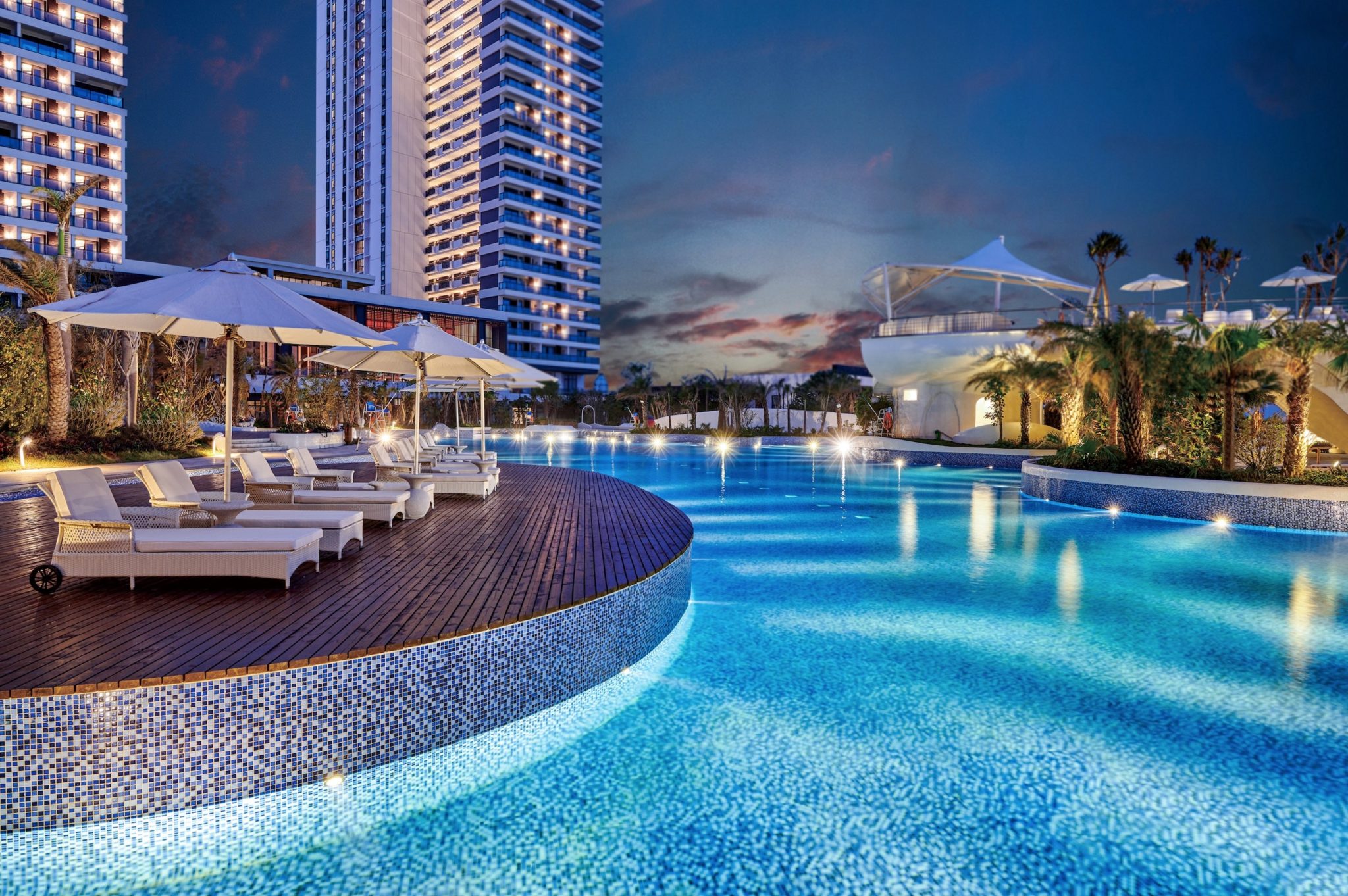 Comprising 350 well-appointed rooms and suites set within a 30-storey tower, the beachfront resort is set to become a major lifestyle hub. It features seven different restaurants, a 1,150 square metre ballroom, eight multi-function meeting rooms, a fully equipped gym, a kids’ club, an archery range, a cinema, and other recreational facilities.

This family-friendly resort also features an extensive outdoor water facility with four different swimming pools, including a grand swimming pool, a boat-shaped pool, a children’s pool, and an infinity pool overlooking the sea. The skyline pool on the 30th floor, meanwhile, provides a tranquil retreat for guests to swim and soak up views of the impressive mountainous landscape. 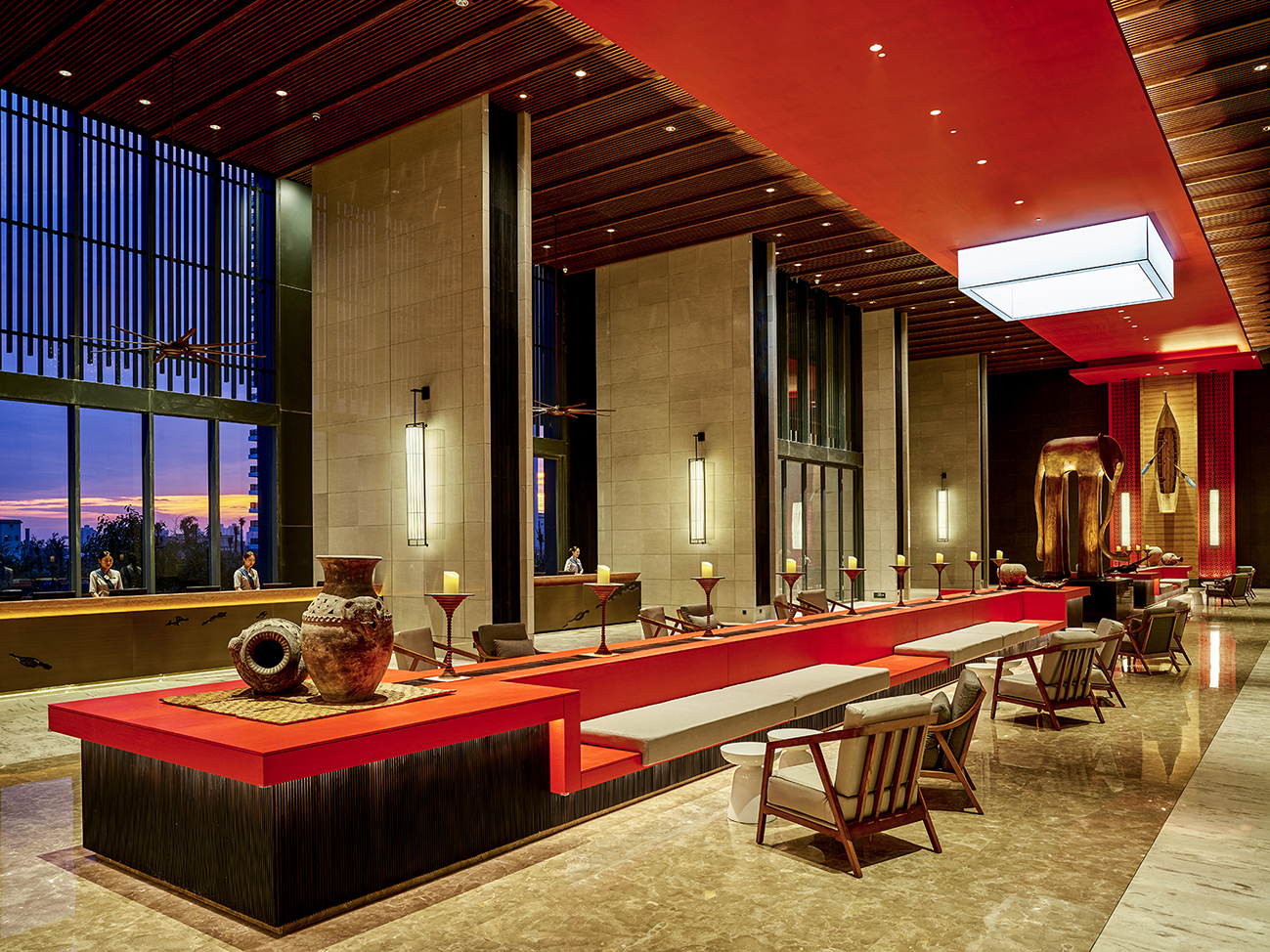 Well-known for its pure white sands and crystal clear water, Shuangyue Bay is a popular retreat for travellers seeking a relaxing break from inner-city life. Shenzhen and Huizhou city centre are only two hours away by car, while Guangzhou, the capital of Guangdong province, can be reached in three hours. Huizhou Airport and the high-speed train station are just a 90-minute drive away.

Visitors to Shuangyue Bay can also explore the architectural and historical wonders of Pinghai Ancient City, known as a ‘living fossil’ of culture, which was built in the Ming dynasty more than 600 years ago.