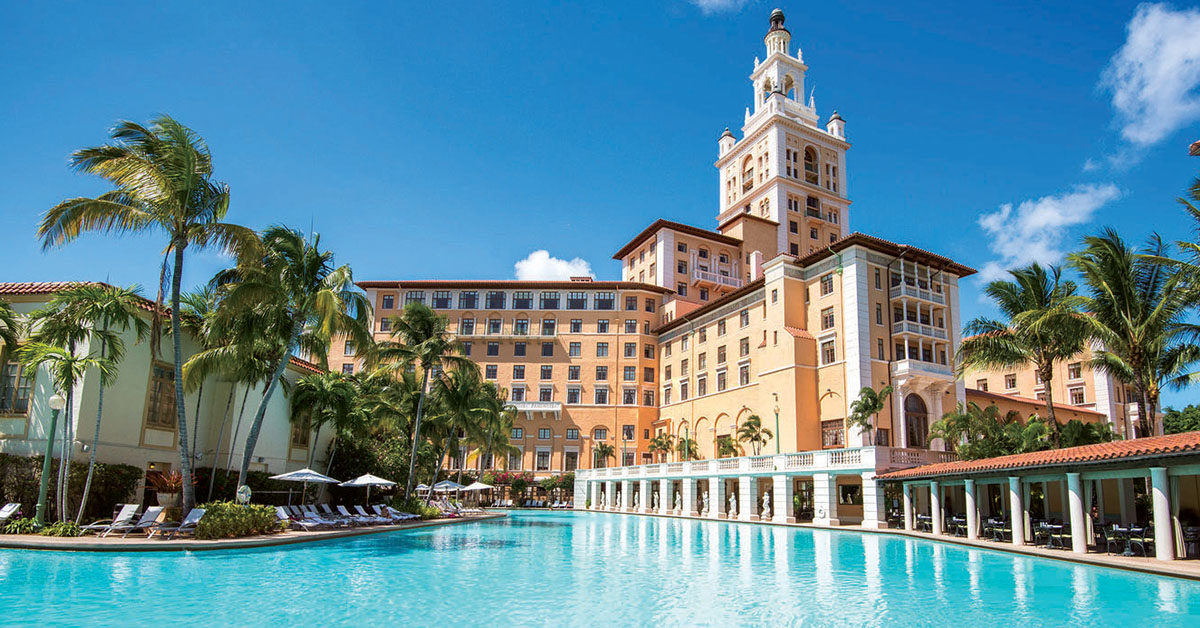 The Biltmore Hotel, a historic landmark in the City of Coral Gables, has announced the completion date of its hotel and golf course renovation.

The Biltmore Hotel, a 275-room resort with a championship golf course, announced a restoration project worth over USD 25 million to further cement its stature as an iconic luxury hotel in the heart of Coral Gables in Florida. The project, which began in 2017, will redesign and restore its rooms, suites, corridors, and Donald Ross signature golf course.

Gene Prescott, president and CEO of the Biltmore Hotel, commented: “This historic landmark is a treasure of the City of Coral Gables, and the newly redesigned elements allow us to highlight the hotel’s old-world feel while exceeding today’s modern-day standards of hospitality and golf offerings. We remain committed to the property’s success while maintaining its status as a first-rate, world-class destination.”

The relaunch of the rooms will feature a fresh take on the hotel’s rich history and old-world glamour. Its designers, D’Shakil Designs and Studio 5 Design + Architecture, are adding royal hues, luxurious materials and elegant furniture pieces – a theme that will transpire throughout the hotel.

“A new era to the guestrooms and suites”

“We are honoured to have partnered with the Biltmore Hotel to bring a new era to the guestrooms and suites of this elegant and truly historic property,” said Dee Malone, principal at D’Shakil Designs.

So far, the hotel has already completed the renovation of its main lobby, a 930 square metre gym with new equipment, and a new retail space within its spa. The resort will remain open during construction and finish by the end of the year.

The golf course at the property is only one of nine Donald Ross-designed golf courses in the top 100 golf courses in the US. The renovation will be overseen by veteran golf course architect, Brian Silva, who will add new Bermuda grass on the existing tees, fairways and greens; incorporate new bunkers; enhance the short-game practice as well as separate range areas; establish challenging signature holes, and extend the overall course length making it worthy of championship level play.

According to Silva: “Reacting to this movement, the more accomplished players can take the risky route to shorten the distance from tee to green; which is the ultimate litmus test for a good golf course. And, while such a course will maintain the playing interest of the accomplished player it will also still being entirely manageable for the leisurely player to enjoy.”