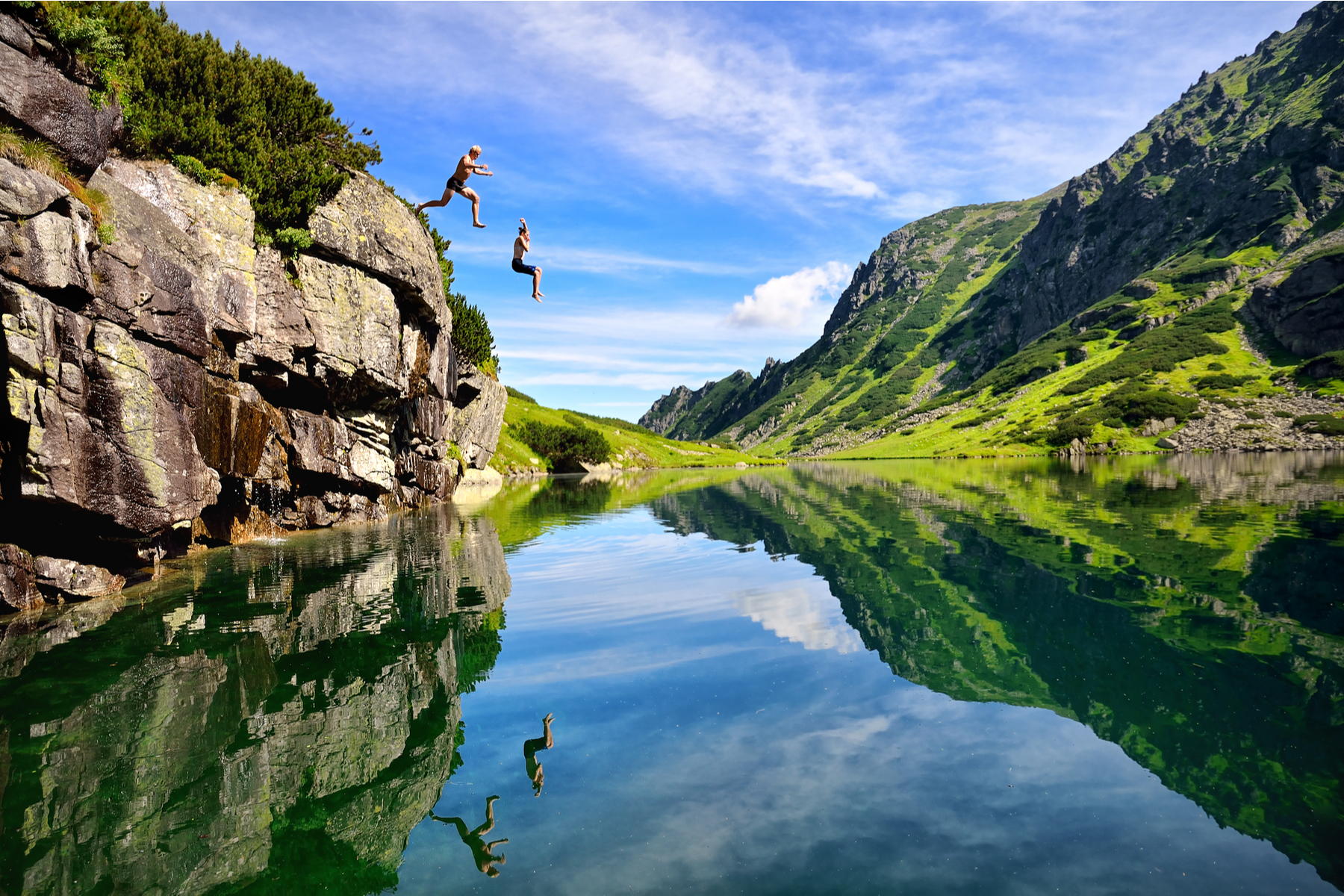 Millions of Brits are ditching a bath and slippers in favour of high-octane activities to unwind. A poll of 2,000 adults found in the event of extreme stress, nearly one in five will do something active outdoors.

Half go so far as to say playing a sport or being active is a ‘real release’ from the pressures of everyday life. Among the thrilling ways Brits release the pressure valve of their life are skiing, mountain biking or throwing punches in a boxing ring.

The study, by the Heathrow Airport, also found one in four adults have had times when they’ve been so stressed, they’ve booked a holiday to have something to look forward to, with 14% planning a trip designed to get their adrenaline racing. One in 10 have booked a skiing trip, while others have taken holidays to locations where they are able to try hang gliding, water skiing or surfing.

A spokesperson for Heathrow, which commissioned the research to mark the launch of a new ski route, said: “We could all do with making sure we deal with our stress – and doing something exciting can help. An activity or trip that takes you out of your comfort zone can help to focus the mind on the task at hand, rather than dwelling on potentially stressful thoughts or anxieties.”

The study also found three quarters of Brits describe their lives as generally stressful, and 76% believe they’ve also got more susceptible to stress as they’ve aged. But more than a fifth feel ‘completely free’ when they’re doing something that gets their blood pumping. And a third say it makes them feel ‘alive’.

And even though millions love nothing more than pushing past their own limitations and getting out of their comfort zone, 42% still prefer a beach holiday with minimal activity. But four in 10 believe if they go on holiday and there’s nothing much to do, their mind wanders too much, making it hard to relax.