The hunt for COVID-19 vaccine could be over 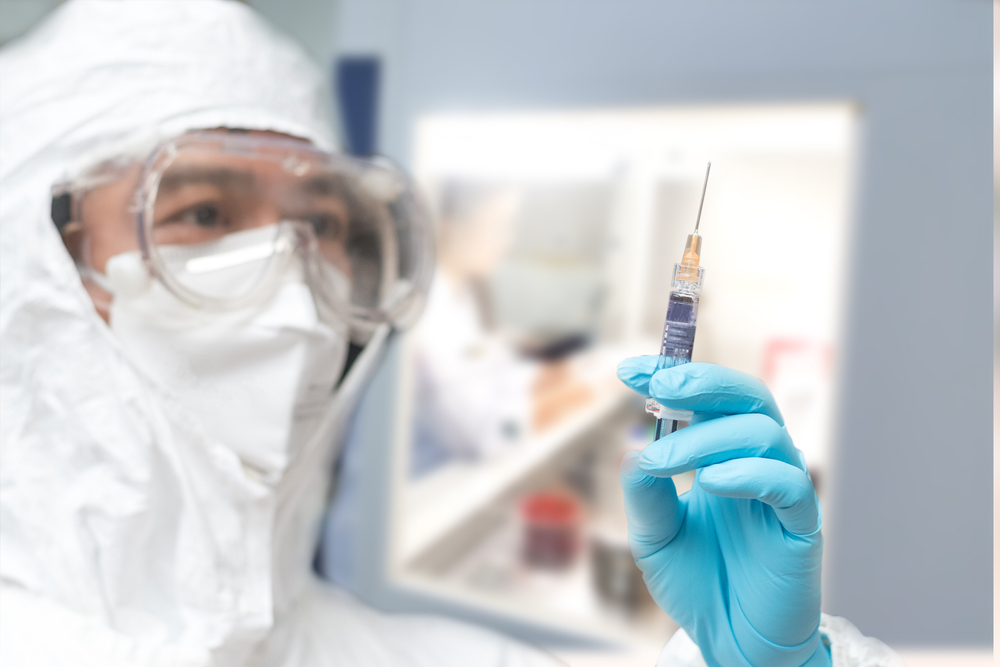 The first patient has received COVID-19 vaccine as part of the clinical trial for possible cure of the pandemic.

Scientists at the Kaiser Permanente Washington Research Institute in Seattle began the much-awaited trial of the potential COVID-19 vaccine. The first participant of the study is an operations manager at a small tech company who anxiously received the injection in an exam room.

Jennifer Haller, 43, said that her children were so proud of her joining the study, according to the Associated Press. Three others were next in line for a test that will ultimately give 45 volunteers two doses, a month apart.

The vaccine is called mRNA-1273 and was developed by NIAID scientists and Massachusetts-based biotechnology company Moderna Inc. The study will use different doses of the experimental COVID-19 vaccine for safety and effectiveness in participants.

First tested on animals, the mRNA-1273 vaccine has “shown promise,” and this is the first trial to examine it in humans, according to the National Institutes of Health.

This milestone marked the beginning of a series of studies to prove that the shots are safe. However, even if the clinical trial is successful, the COVID-19 vaccine will not be available for the next 12-18 months.

At a news conference, US President Donald Trump praised the rapid progress of the research. It has been 65 days since the Chinese scientists shared the virus’ genetic sequence.

mRNA-1273 is not the only COVID-19 treatment that is undergoing trial. Dozens of companies are rushing in a worldwide hunt for “cure” as the pandemic surges.

Another company fast-tracking its trials is Inovio Pharmaceuticals and is expected to begin its own safety study next month in the US, China and South Korea.

Meanwhile, Sanofi and Regeneron Pharmaceuticals Inc. will soon begin evaluating an experimental treatment in patients hospitalized with severe Covid-19, according to Bloomberg. The companies initiated a later-stage clinical trial in up to 400 patients for Kevzara, a fully-human monoclonal antibody that inhibits the so-called interleukin-6 (IL-6) pathway. Kevzara is already approved to treat adults with rheumatoid arthritis.

Regeneron will be leading the trials in 16 sites in the United States including New York, which is one of the epicentres in domestic transmission. Sanofi, on the other hand, will lead the trials outside the US, including the countries hit by the outbreak the hardest like Italy.

Another huge pharmaceutical company Pfizer has announced that it is also developing a vaccine for the new coronavirus patient. The company is in discussions with its existing partner BioNTech to create a potential mRNA COVID-19 vaccine.

The European Commission offered up to EUR 80 million of financial support to CureVac to scale up development and production of a COVID-19 vaccine in Europe.

The pledge came after a report in Reuters claimed that the Trump administration was looking into how it could gain access to a potential vaccine being developed by the unlisted German firm and sparked a backlash in Berlin.

The support takes the form of an EU guarantee of a loan from the European Investment Bank that is currently being assessed.