Ranging from one to seven metres tall, the boldly coloured inflatables, inspired by the nearby water, span the length of the first phase of the cultural linear park, which is free for the public to view from 5-14 July 2019. The ‘I Can Taste You On a Rainy Day’ installation appears as part of Turning Tides Festival, a free cultural festival including live music, art, film, holistic wellness activities and feasts, taking place over the weekends of 5-7 and 12-14 July 2019 to celebrate the opening of The Tide.

There is also a pop-up cinema with food and drinks served by Stevie Parle’s CRAFT London.

“The Tide is for everyone and brings to London a bold 3D landscape that is entirely unique,” commented Kerri Sibson, director of Greenwich Peninsula. “Set amongst pine trees and wild grasses lining the Thames, GERONIMO’S water droplets create a magical futuristic environment. The Tide’s combination of art, nature and world-class design and engineering encapsulates all that the emerging Peninsula is and will become.” 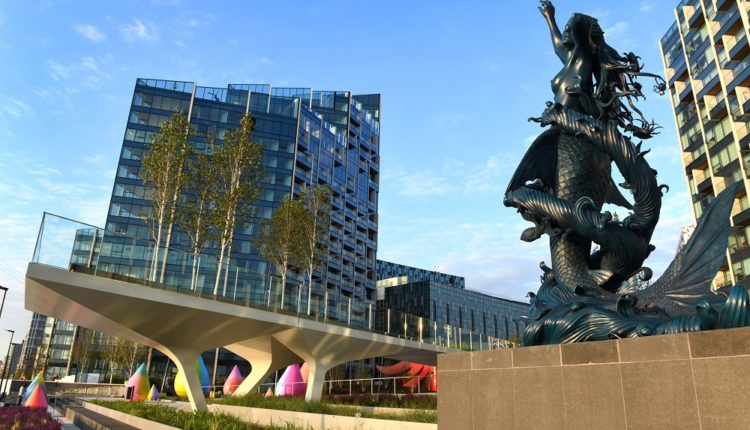 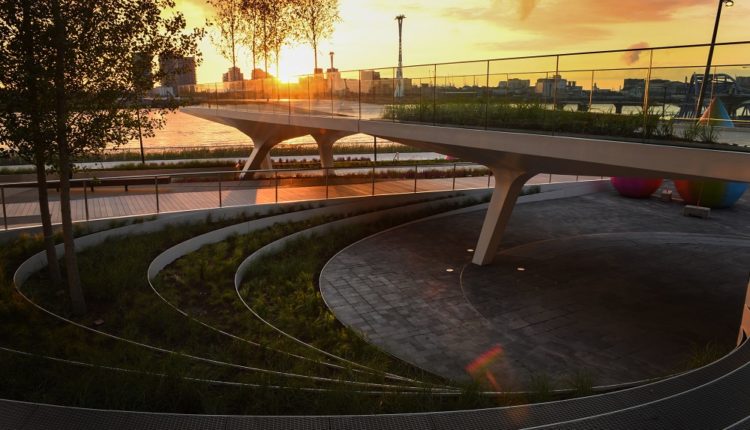 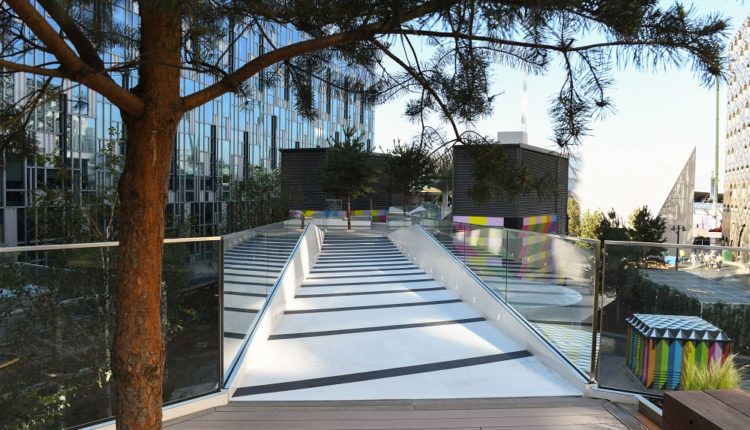 The Tide Greenwich Peninsula @Jeff Moore
Prev 1 of 3 Next

Open and accessible to all, The Tide also features monumental artworks and design curiosities to explore. The first pieces land this summer – two sculptures from iconic British artist Damien Hirst’s Treasures from the Wreck of the Unbelievable; British pop-artist Allen Jones’ 8-metre artwork Head in the Wind; and Siblings – a large scale illusionary patterned work by Morag Myerscough.