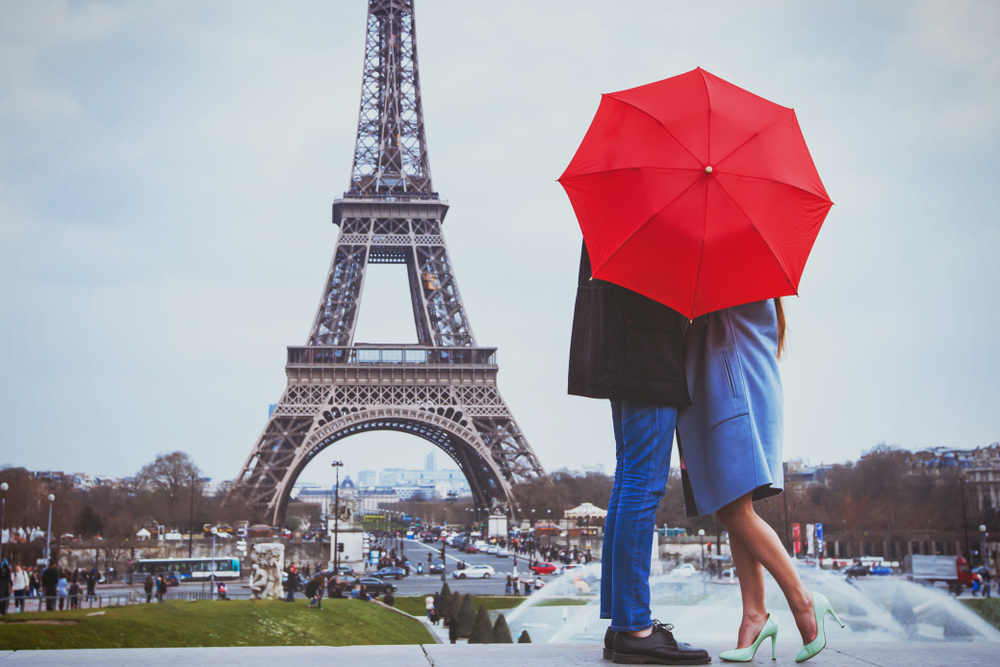 From famous attractions, breathtaking landscapes and ancient ruins, there are so many places worth travelling to, making it difficult to narrow down which locations you should have at the top of your bucket list. 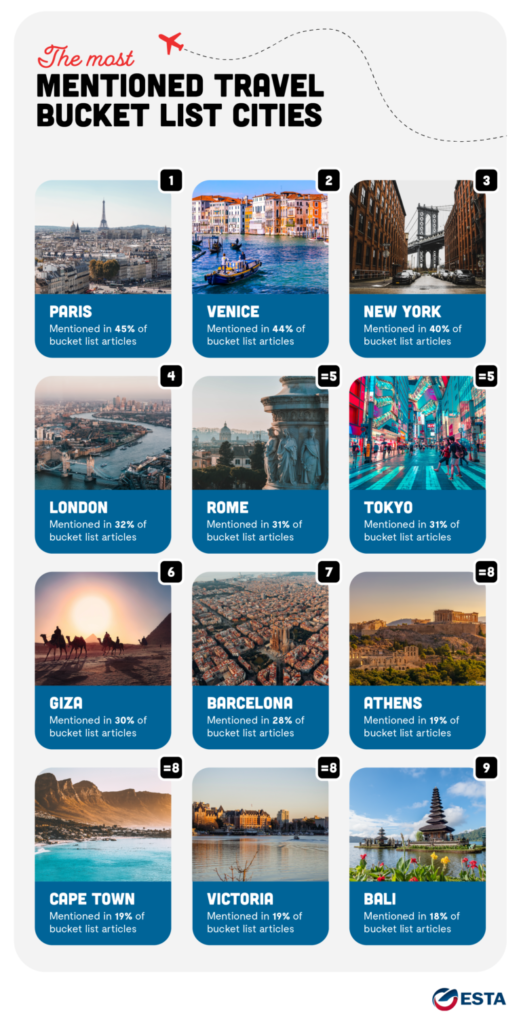 Renowned for its Roman history, Italy is mentioned the most across bucket lists appearing in 67% of the articles analysed, unsurprisingly with everything from beauty, history, delicious food and culture.

Similarly, with a lot to offer, the USA is the second most featured country to appear in bucket list articles, being mentioned in just over half of the articles analysed (56%). Travellers have plenty of things to add to their bucket lists with the national parks to explore, the iconic Route 66, the treasures of Hawaii or a party in Las Vegas.

Coming up third is the UK, which features in 55% of bucket list articles. Tourists can take the opportunity to visit Buckingham Palace, the breathtaking views in the Lake District or see a play in Shakespeare’s birthplace, Stratford-Upon-Avon.

Commonly known as the city of love, Paris, is the most mentioned city in travel bucket lists, appearing in 45% of them. Famous for its grand sites like the Eiffel Tower and the Arc De Triomphe it’s no wonder it’s so popular.

Rich in history, Venice spans over 400 islands with 35o gondolas and 417 bridges and is the second most popular city to appear in online bucket lists, featuring in 44% of those researched.

New York is the third most popular city, being mentioned in 4 out of 10 bucket lists. With the possibility of exploring Central park, seeing a show on Broadway or grabbing a slice of pizza, the concrete jungle is full of bucket-list worthy things to do.