Tourism: Key to the rise of new-age Asian tigers

While 2019 has begun with a global market slump and amidst geopolitical uncertainties, all eyes are on Asia and Africa and their respective hunger for growth. Graham Robinson, director of Global Construction Perspectives said that by 2025, 41% of global construction activity will be happening in today’s emerging Asian economies – including powerhouse economies of China and India, but also Indonesia, Vietnam, Thailand, Philippines, Malaysia, Singapore, South Korea and others.

High-growth economies of Hong Kong, Singapore, South Korea and Taiwan embraced exports and rapid industrialisation since the 1960s to join the ranks of the world’s richest nations and rightfully earn the sobriquet – Asian Tigers.

But the former Asian tigers have had to constantly reinvent themselves and their economic moves to stay on top of the game. Taiwan is currently lagging behind its peers due to its inability to develop global brands. And at the same time, there is a surge in participation in the infamous race by manufacturing and labour-rich economies like Vietnam, Bangladesh, the Philippines and Indonesia.

Fortunately, they are not solely relying on the industrial and export sectors. A recent report by Mastercard explores how strategic investments in inbound tourism growth, in turn, deliver a higher standard of living for residents in the said economies, create greater financial inclusion and jump-start economic development.

A key contributor to the impressive economic growth of Southeast Asia over the last decade is the even faster growth in inbound travel spend, driven both by major tourist destinations as well as by lesser-known locales.

Rupert Naylor, senior vice president of Mastercard Advisors in Asia Pacific, said: “Inbound tourism also has the potential to spur increased economic development for countries with lower GDP growth, bringing in revenue and generating employment. Countries where there is a particular opportunity to capitalise on inbound traveller expenditure to foster greater GDP growth include the Philippines, Singapore and Indonesia.”

For example, while Bangkok, Singapore and Kuala Lumpur continue to top the list for most international arrivals, Vietnamese cities Hanoi and Ho Chi Minh have risen rapidly and cracked the top 10 list this year. Phuket, Pattaya, and Chiang Mai in Thailand have also grown in popularity, suggesting travellers are becoming more experiential and open to trying new destinations.

There is a growing volume of visitors to lesser-known destinations thus motivating governments to invest in up-and-coming destinations so as to more equitably spread the benefits (and strains) of tourism throughout the country.

Naylor added: “Vietnam has already invested in infrastructure enhancements to improve the traveller experience — such as free wireless internet access for tourists — and continues to innovate to keep drawing tourists back, as well as attracting new ones”.

As e-buses, metros and bike sharing strive to ease navigation in smaller Asian cities (where language may still be a challenge), opportunities remain for ongoing innovation in areas such as crowd management and traveller experience to draw in new and repeat tourists. These initiatives will help to create new jobs, improve standards of living for residents and ultimately drive economic growth. 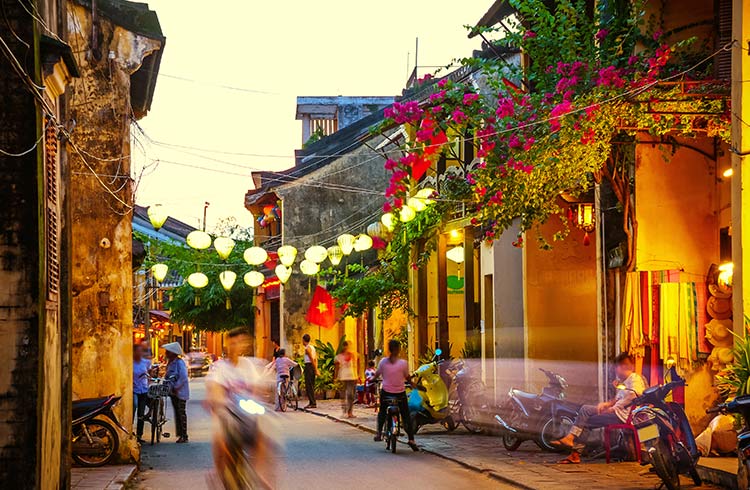 While the leading travel destinations in Southeast Asia have remained largely unchanged over the past 10 years, with Bangkok, Singapore and Kuala Lumpur – three globally renowned travel spots – topping the list for most international arrivals, the following five cities – Banten, Yangon, Phuket, Lombok and Hanoi – will be the ones to watch over the next decade as they lead by growth in international arrivals.

*Boracay has been excluded from this list due to the fact that the area was closed to tourists between 26 April 2018 and 26 October 2018. It has been included in the above table to show the high growth rate of the destination in the past decade.

Mastercard transaction insights show that one reason for this growth is spillover from more popular tourist stops such as Bali in Indonesia, Manila in the Philippines and Bangkok in Thailand.

Recognising this trend, last year, President Joko Widodo announced “10 New Balis” – a tourism growth strategy that aims to replicate the economic effects of tourism in Bali nationally. This includes the upgrading of airports and construction of new amenities in the “new Balis”. Two of the destinations that the Indonesian Ministry of Tourism has earmarked under the 10 New Balis plan for further development is Tanjung Lesung, Banten and Mandalika, West Nusa Tenggara – both destinations are already experiencing high growth in tourist arrivals.

The UN predicted that nearly 70% of the world’s population will live in urban areas by 2050, and 90% of this increase in the urban population will be in Asia and Africa. 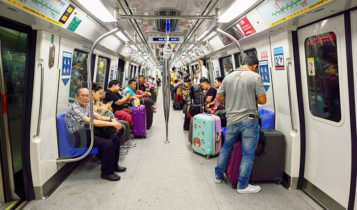 For the first time in history, more people are living in cities than in rural areas. With increased urbanisation, cities in Southeast Asia are flourishing. Yet, these growing populations are accompanied by rising demand for new jobs and resources, along with local improvements to the healthcare, education and transportation systems. This urban vibrancy creates new opportunities for governments and city planners to improve the quality of life for all of their inhabitants — and one key area in which they can invest to jump-start greater economic development is tourism.

Higher demand for goods and services as well as increases in tourism-related inbound income, in turn, leads to a rise in GDP, as seen in Vietnam, Malaysia, and others in the region. But, urbanisation can be a double-edged sword as it places increased pressure on healthcare, education and transportation systems.

Naylor believes one of the ways that cities achieve this growth is through technology and apps. Singapore which is the most popular tourism and economic tiger in the region, heavily relies on tech. Their MyTransport.SG app makes travel easy for tourists and helps users plan their trips, whether by bus, train, car, taxi, or bike. Visitors to Singapore can easily arrange to travel by taxi, easily paying for services through a digital wallet. 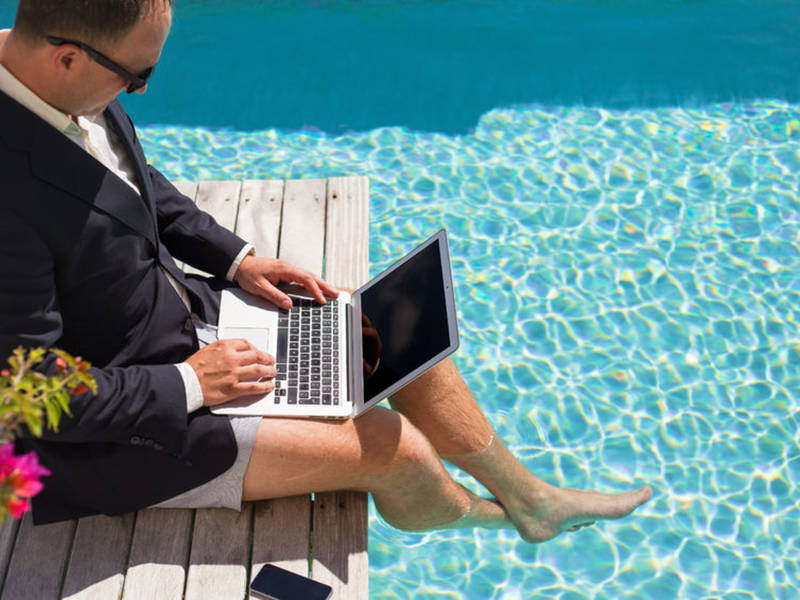 Business travel has been growing rapidly in several Southeast Asian countries and has outperformed the overall travel market in the region over the past three years, according to the Mastercard report. The top 10 Southeast Asian cities that attract the most business travellers have all experienced double-digit growth in corporate expenditure, with Vietnamese cities Da Nang, Hanoi and Ho Chi Minh City occupying three of the top 10 spots.

Another key tourist segment for the region is students. While Singapore remains the region’s education hub, Vietnam’s recent boom in online education is catching on.

“The Vietnamese cities of Da Nang, Hanoi and Ho Chi Minh City show the highest corporate traveller spend growth, in line with Vietnam’s growing overall popularity with travellers. At the same time, Khanh Hoa, Hanoi and Ho Chi Minh City have experienced the highest growth in student expenditure, reflective of the country’s recent boom in online education. This is due to the fact that many online education merchants are located in these cities, and transactions at these merchants are rising both online and offline, as students typically pay fees offshore before they arrive,” said Naylor.

But as inbound tourism grows, cities need to ensure they are making the right infrastructure investments – such as public transportation, cleanup of public spaces, and solutions for airport overcrowding – to support this growth. 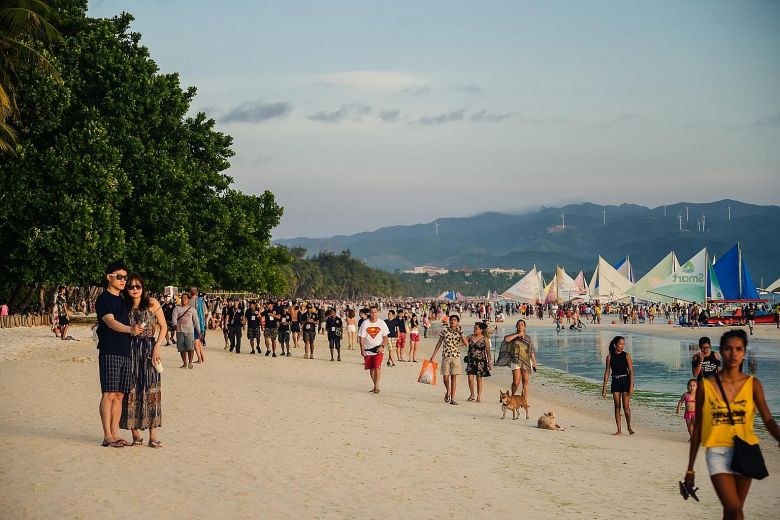 One example of unsustainable development is in the Philippines. Boracay, a popular beach destination, was temporarily closed to tourists from April till October 2018 due to its inability to provide the infrastructure support needed to sustainably drive tourism growth, resulting in a loss of valuable inbound traveller expenditure.

Naylor said: “The development of powerful analytical capabilities is what will enable them to do so. Specifically, these capabilities will allow them to develop a holistic view of their current tourist segments as well as better understand the needs of the segments they most want to attract, ultimately enabling them to deliver the greatest value to inbound travellers. This will empower them to optimise their investments and enable them to allocate resources to new infrastructure projects in the right manner.”

It is thus necessary for these emerging Asian tigers to tread carefully in the tourism space and prioritise the conservation of the environment along with the hunger for progress.