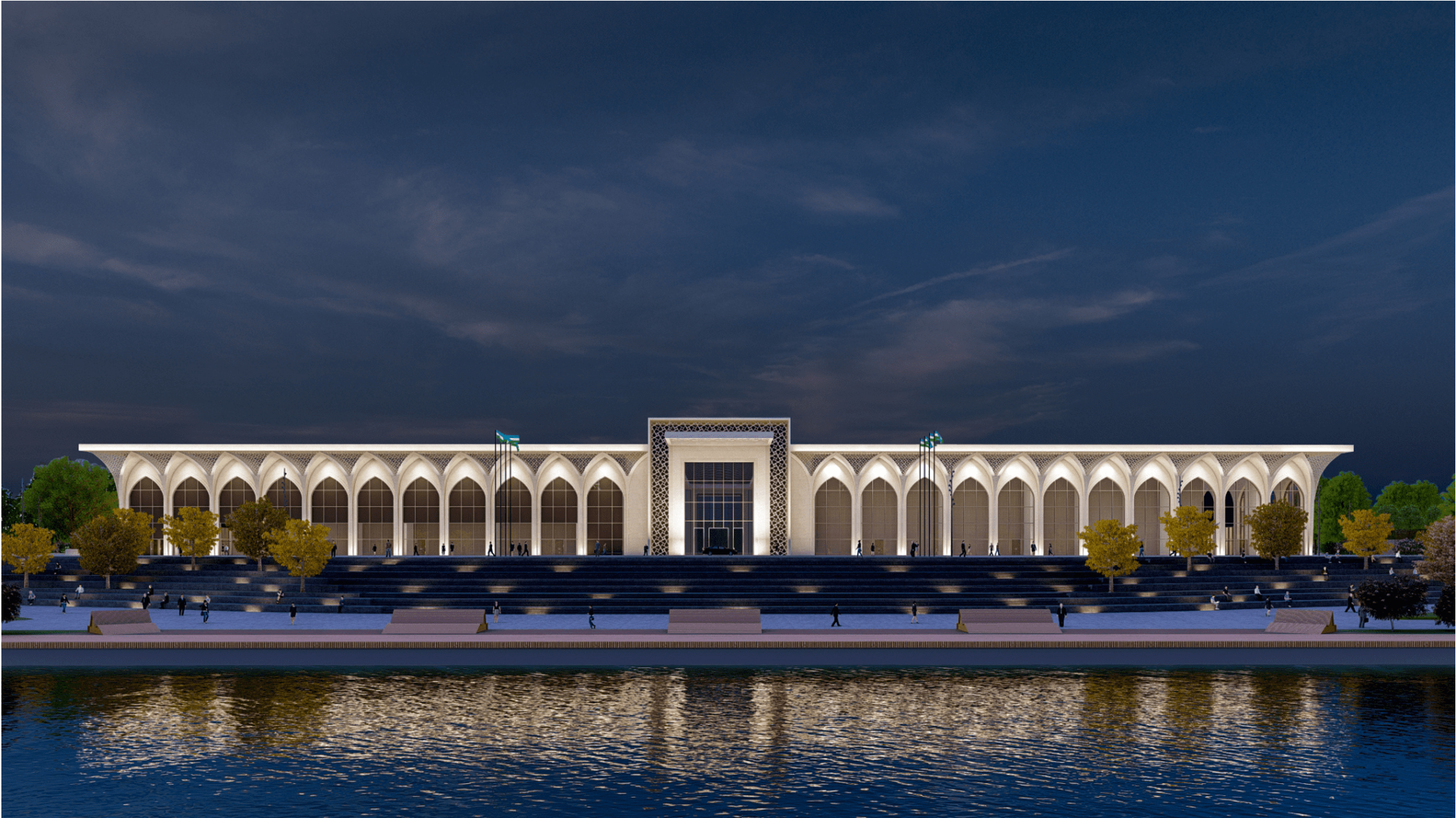 In 2022, Silk Road Samarkand, a multifunctional tourist complex designed to become a modern attraction not only of the city of Samarkand, but also of the entire Central Asia, will be opened for visitors. The complex will combine cultural, gastro, medical and business tourism facilities.

The new complex will house world-class hotels, specialized boutique hotels, contemporary public spaces, parks, recreation and sports areas, authentic restaurants, cafes and bars, as well as an international congress hall and sites of cultural interest. The state-of-the-art project developed by an international team of architects and engineers will allow for combining various thematic zones into a balanced architectural ensemble without parallel in the entire region of Central Asia.

The scale and significance of Silk Road Samarkand are to make it a well-deserved follow-up to the sublime monuments of the past and a driver of tourism development in the region. The name of the center was selected deliberately: the routes of the Great Silk Road passed through the territory of current-day Uzbekistan from the II century BC until the XV century, and ancient Samarkand was one of the most important stops for trade caravans.

The new complex is located in the eastern part of the city and covers an area of about 260 hectares. It centres around the affluent waterway of the Samarkand rowing canal, which in Soviet times served as a training base for the USSR national team and a venue for All-Union competitions.

The complex includes multiple various zones. To the north of the rowing canal is a business cluster, including a congress hall and four upscale hotels with beautified territories. The Southern Cluster includes four boutique hotels, each operating in their own medical and sanatorium area of activity, as well as an eco-village, the Eternal City historical and ethnographic complex, and some shopping areas.

Silk Road Samarkand has eight hotels, four each on the northern and southern banks of the rowing canal. They will provide for a total of about 1,200 rooms. To the left of the congress hall, a 22-storey five-star Samarkand Regency Hotel with 234 rooms, including executive suites and two presidential suites, will be put up.

At the international congress hall, a multifunctional hall, presidential and VIP halls, rooms for delegations and meeting rooms, as well as banqueting room and exhibition hall will be available.

The medical cluster of Marakanda Park Hotels will be situated to the south of the rowing canal. Each of the four boutique hotels specializes in a certain type of medical services: preventive medicine, detox, joint and spine treatment, and pulmonary medicine.

Over more than 10 hectares, the image of an ancient city has been recreated, inviting guests of the resort to experience the history and traditions of the lands and peoples of Uzbekistan. Artists, artisans and craftsmen will &quot;settle&quot; on the narrow streets. Visitors to the city will be offered to try national cuisine from different eras and regions of the country and watch authentic street performances. The Eternal City will provide guests with an exceptional opportunity to find themselves at the borderline of Parthian, Hellenistic and Islamic cultures, and observe the diversity of the bygone centuries&#39; heritage with their own eyes. The author and curator of the project is the famous modern Uzbek artist Bobur Ismoilov.

“Samarkand was a major stop on the Great Silk Road, a place where entire civilizations crossed. We believe that Silk Road Samarkand will become a center of international tourism, where residents of the city, tourists, travelers and businessmen from all over the world will be able to spend time with pleasure and benefit. I am sure that the opening of the complex will launch a new era in the history of tourism in Samarkand,” said Artiom V. Egikian, CEO of the managing company of Silk Road Samarkand.