Victorian ‘policeman’ in line up for national tourism award 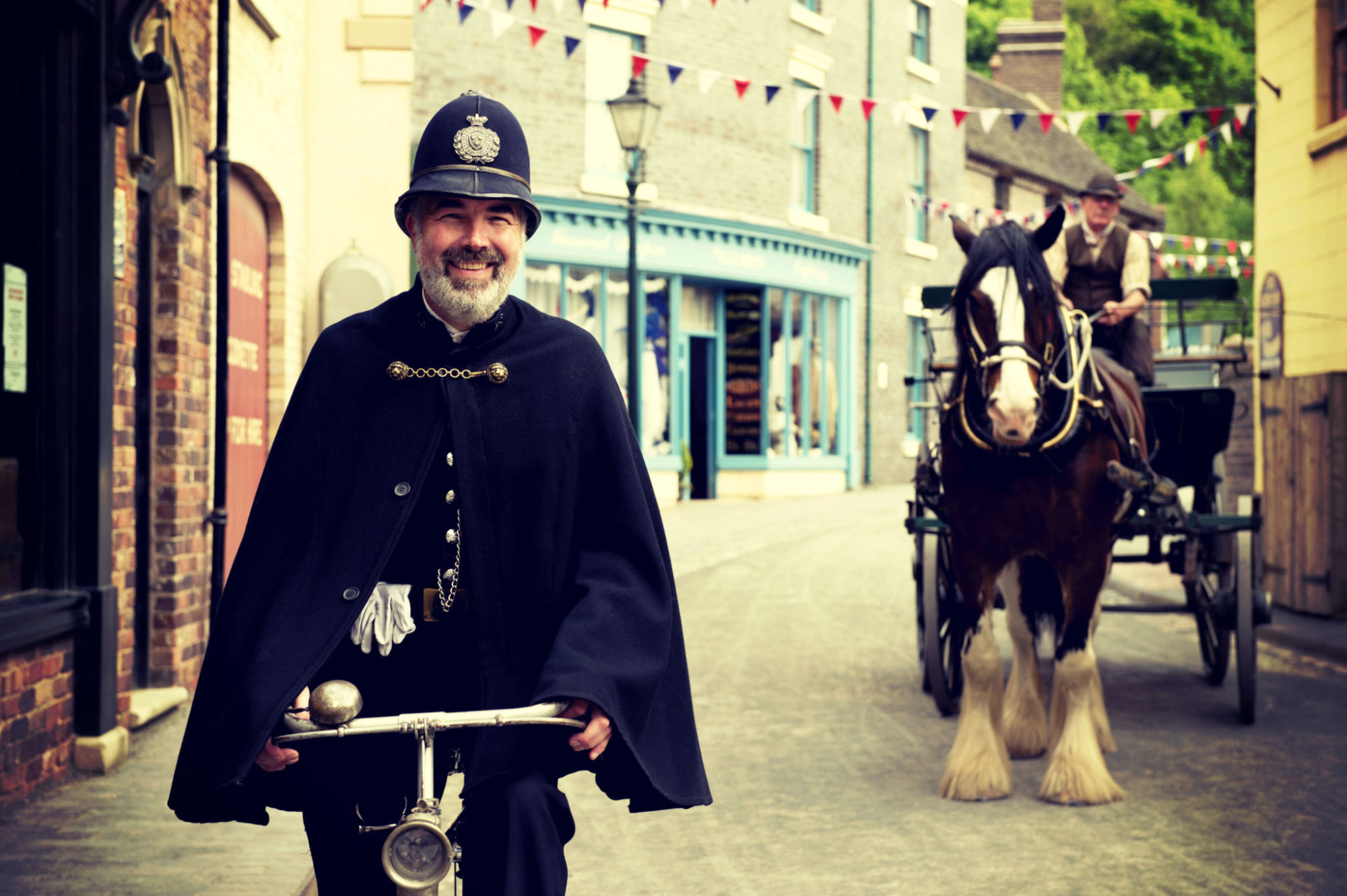 A Victorian singing policeman is in the frame to be top of the cops after being named as one of 10 finalists in with a chance of winning Visit England’s annual Tourism Superstar competition. The ‘police constable’ Guy Rowland has been nominated by the tourist board for the area, Discover Shropshire & Telford, which aims to grow tourism in the region over the next 10 years.

While in the ‘line of duty’, Guy takes over 250,000 people each year way back to the 1900s at the renowned tourist destination Blists Hill Victorian Town in Ironbridge, playing a number of roles including school teacher, drunken soldier and priest but, most popularly, the policeman. He is also famed for playing songs on the piano and singing a merry tune at the attraction’s The New Inn Pub.

The VisitEngland Tourism Superstar awards recognises unsung heroes who go above and beyond to ensure visitors in their area have an unforgettable experience. Discover Shropshire & Telford are now preparing for the ‘People’s Vote’ and have called on the nation to ‘Vote for Guy’ and make him England’s tourism superstar.

The winner will be announced on 25 April during English Tourism Week, a week which showcases the quality, range and value of English tourism and raises awareness of the enormous contribution it makes to the UK economy.