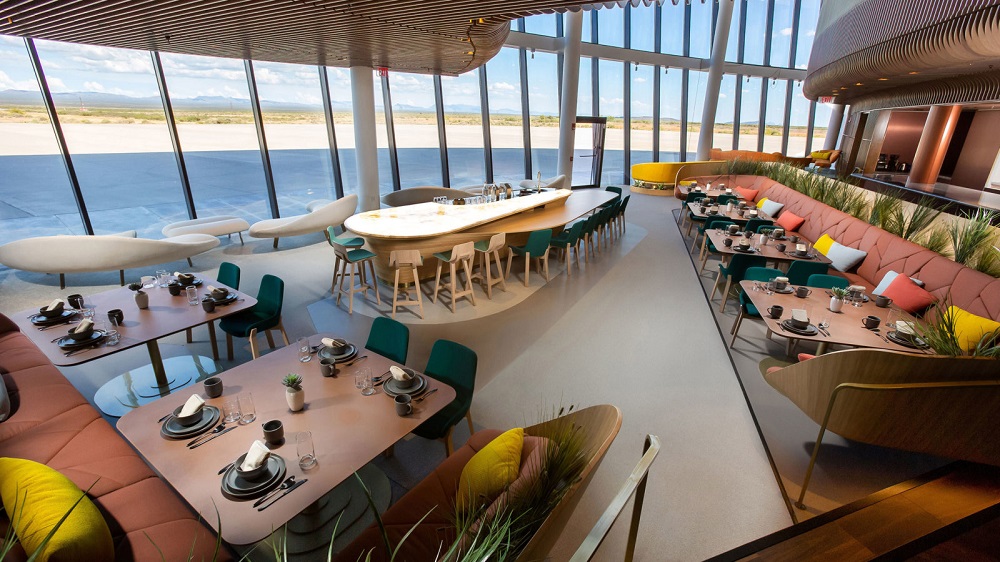 As part of its endeavour to bring humankind closer to space, Virgin Galactic moved to the Spaceport America facility in New Mexico, USA earlier in May to create the spaceport called Gateway to Space.

Today, the facility looks straight out of a sci-fi movie, featuring two floors of communal space designed for spaceflight operations. The futuristic lounge, created for Virgin Galactic’s customers as well as their families and friends, aims to provide “an unparalleled experience as its customers prepare for journeys of a lifetime”.

George Whitesides, CEO at Virgin Galactic, commented: “Spaceport America is the first dedicated spaceport and it’s just incredibly exciting that we have now made it to this point where we’re unveiling operational readiness. The distinction of operationally ready means that we are graduating the facility into commercial service.”

The two floors, named Gaia and Cirrus, each has distinctive design and purpose. Focused on our home planet, Gaia represents the point of departure and return, while Cirrus on the second floor is home to Mission Control and the rest of the team. In the middle of the building is a hangar which can accommodate two carrier aircraft along with five SpaceShipTwo vehicles. The Gateway to Space hangar is already home to VMS Eve.

Virgin Galactic’s Gateway to Space is now operational and currently hosting the remaining portion of the company’s test flight programme.