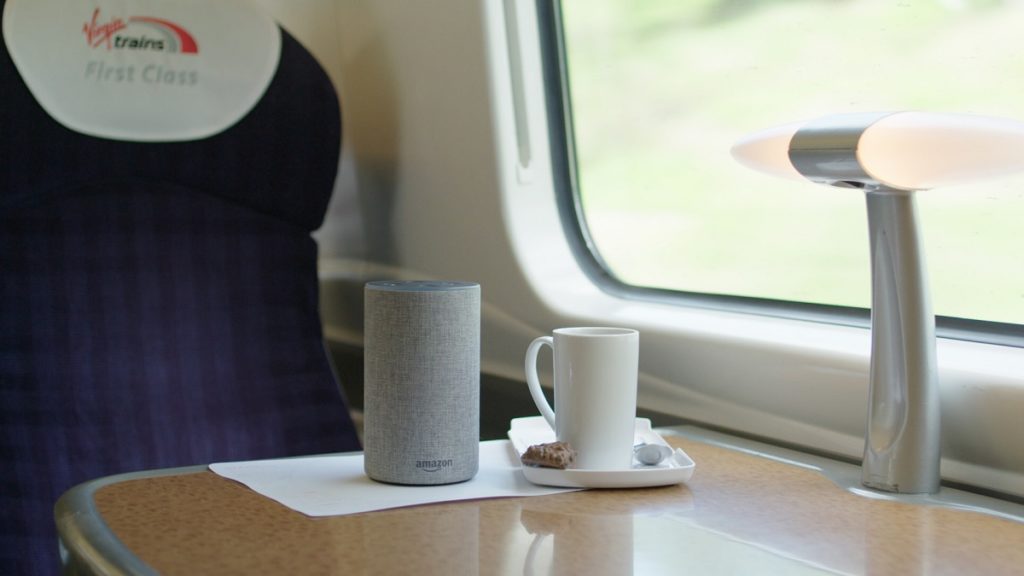 Virgin Trains has become the first travel operator to sell tickets through Amazon Alexa. To celebrate the moment, the company is offering free first-class upgrades to anyone named Alexa.

Richard Branson is back at it again with another world’s first – and a quirky marketing plan. Starting on 3 May, customers with an Amazon Echo device can book Virgin Trains Advance Single tickets via Alexa using the Amazon Pay service. Plus, as part of its marketing strategy, Virgin Trains on the West Coast has decided to give free first-class upgrades to anyone named Alexa until 15 June 2018.

The new ‘skill’ by Alexa was developed together with SilverRail, a digital infrastructure provider for the rail industry. It ensures that the flow of data into the rail system is consistent and accurate and the booking reservation is fulfilled.

The new functionality enables users to book tickets with one simple voice-based transaction. John Sullivan, Virgin Trains CIO said: “We’re very excited to be the first travel company in the world to sell tickets for both Virgin Trains on the East Coast and West Coast through Amazon Alexa; it’s just another example of Virgin Trains leading the way in digital innovation within the rail industry.”

“From finding train times online to arriving at your destination, we want to make every journey with Virgin Trains amazing, and our collaboration with Amazon is a great example of this commitment to putting the customer first.”

The upgrade follows the unveiling of a new skill for Alexa in November last year, which allows customers to inquire about rail info by asking Alexa. It’s all part of Virgin’s ambition to work in a digital railway and is only one of a range of innovations introduced by the brand.

These include industry firsts such as mobile ticketing, automatic compensation for delays, and a free on-demand entertainment app called BEAM.

“With Alexa and Amazon Pay, Virgin Trains customers can now search, select, and buy train tickets entirely through voice. This is a first-of-a-kind service that will make it easier than ever to find and book the ticket you want, even when you’re busy doing something else—all you need to do is ask Alexa.”

Both East Coast and West Coast customers who book train travel via the Virgin Trains skill for Amazon Echo between 3 May and 23 May will also be entered into a prize draw to win an all-inclusive Virgin Holiday for four in Antigua.