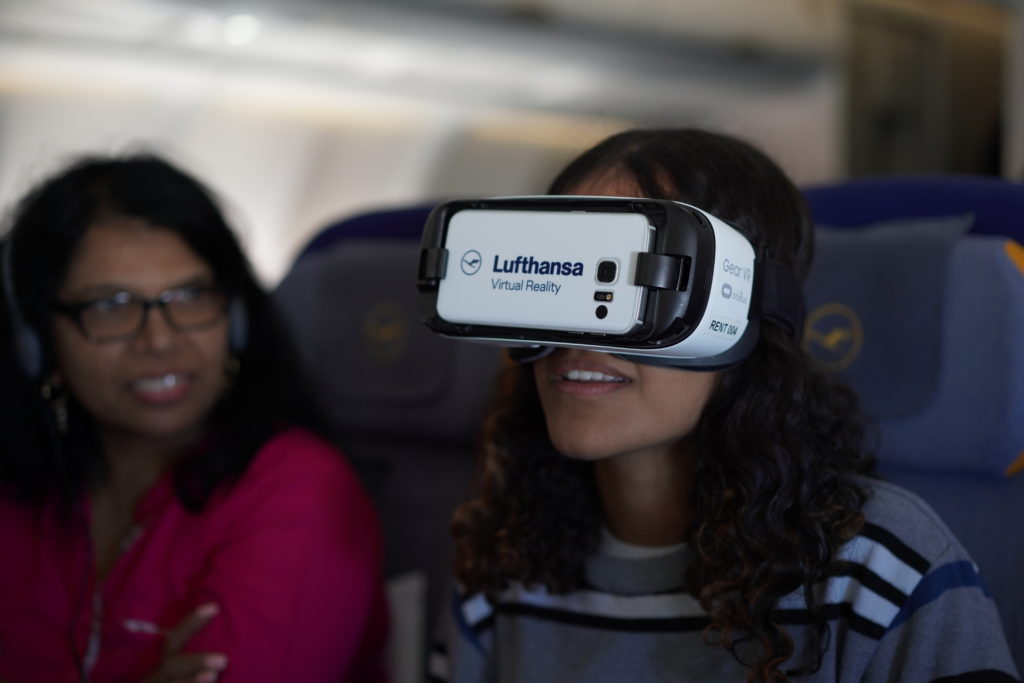 Lufthansa passengers to the UAE were in for a tech treat when the airline trialled its new in-flight VR prototype aboard flight LH630, from Frankfurt to Dubai last week.

Given access to the next generation of inflight entertainment, passengers were not only able to experience an interactive three dimensional model of the real life map unfurling below them but could, if they so wished, participate in “360° virtual excursions” too.

For example, as the carrier’s Airbus A330 passed over Vienna, fliers were able to “virtually” ride the city’s famous Prater Ferris Wheel.

“Inspire our passengers while they were in the sky”

Paul Schön, passenger experience designer for Lufthansa said: “VR is a growing trend for destination experiences and we wanted to help inspire our passengers while they were in the sky. The Frankfurt to Dubai flight was a first-time test for our new VR prototype, which was designed to further enhance the passenger experience.  I’m pleased to say this virtual exploration trip was very positively received by the participating passengers.”

The prototype was developed by Lufthansa in cooperation with 3spin, Lufthansa’s lead agency for virtual and augmented reality.

“Gazing out of the window, I have often thought to myself: Where are we and what is going on down there. Our idea is based on that thought. In order to help passengers experience the world below we have developed the VR Moving Map in collaboration with the Lufthansa customer experience team.” said Thomas Hoger of 3spin.

Previously, this VR technology was offered to customers on the ground. By giving passengers on this flight the chance to enjoy 30 minutes of virtual reality content, the airline aims to understand passenger interest in this topic and gather their feedback on the trial.

“The airline will continue testing various possible applications of VR and AR with customers to evaluate together with relevant stakeholders which prototypes could be developed further.”