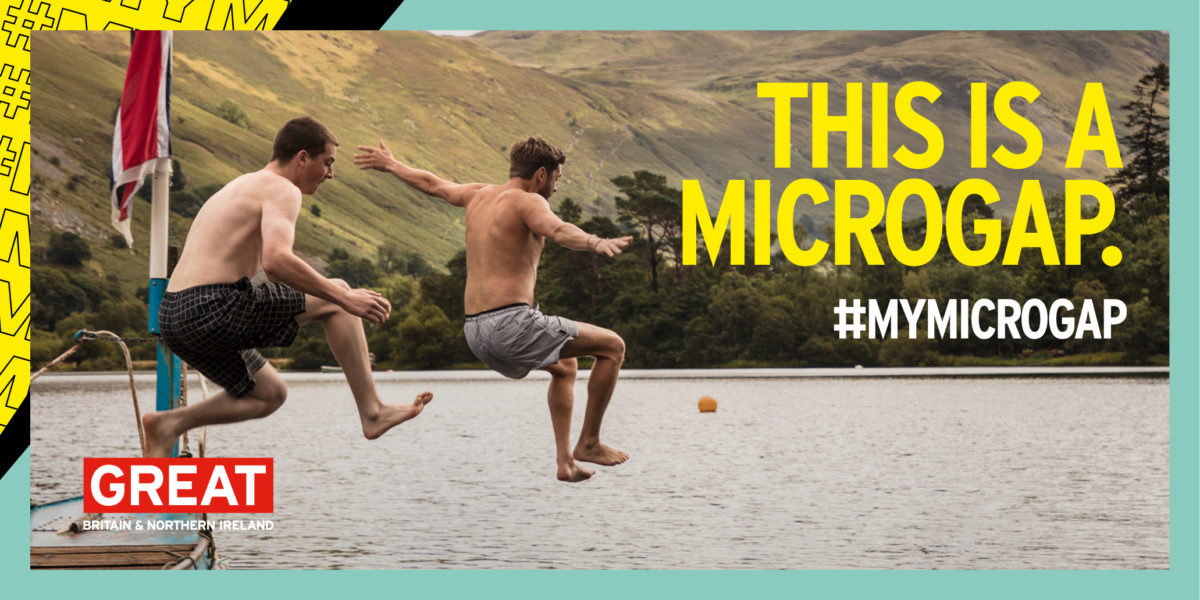 VisitEngland has launched the next phase of its campaign to get more young Brits to take a short break at home with a series of new short films and images.

The new content targets young people with experiences and activities typically taken during a gap year that can be condensed into what the tourism board has termed a ‘Microgap,’ described as ‘the best bits of a gap year in a few days in the UK’.

The series of five 10-second clips and 10 images urge young Brits to ‘go wild,’ ‘learn more,’ ‘switch off’ and ‘give back’ and are displayed on digital billboards at sites across England, Northern Ireland, Scotland and Wales. Longer 30-second clips are also being used across online channels including social media, digital display and ‘on demand’ television adverts during the six-week campaign that runs until the end of October.

VisitEngland statistics show that 16-to-34 year olds had the lowest growth across all age groups for taking holidays at home during the last decade, 2008 to 2018.

Clare Mullin, director of marketing at VisitBritain and VisitEngland said: “We want more young Brits to get out and experience the amazing destinations and activities on our doorstep whether learning how to paddle-board in London, switching off in a log cabin in the Cairngorms in Scotland  or tackling cliff camping in Anglesey, Wales, trying your hand at street art in Manchester or contemplating the wonder of nature at the Dark Hedges, Ballymoney in Northern Ireland.”

By working with destinations and tourism businesses, the Microgap campaign is igniting the passion for domestic travel in young people right now and building a habit that will last a lifetime, boosting growth from tourism and spreading its economic benefits across more of the year,” Mullin added.

The MyMicrogap campaign, now in its second year, follows research by VisitEngland into the travel habits of young Brits which showed that less than a quarter (24%) of 18-to-34 year olds were likely to take a career break to travel in the next three years.

Welcome To Another Side! VisitBritain unveils global campaign to drive inbound travel…

Cities and countries with the most eco-conscious travellers

Prev Next 1 of 4,734
Subscribe to our newsletter
Sign up here to get the latest news, updates and special offers delivered directly to your inbox.
You can unsubscribe at any time
Close
Sign in