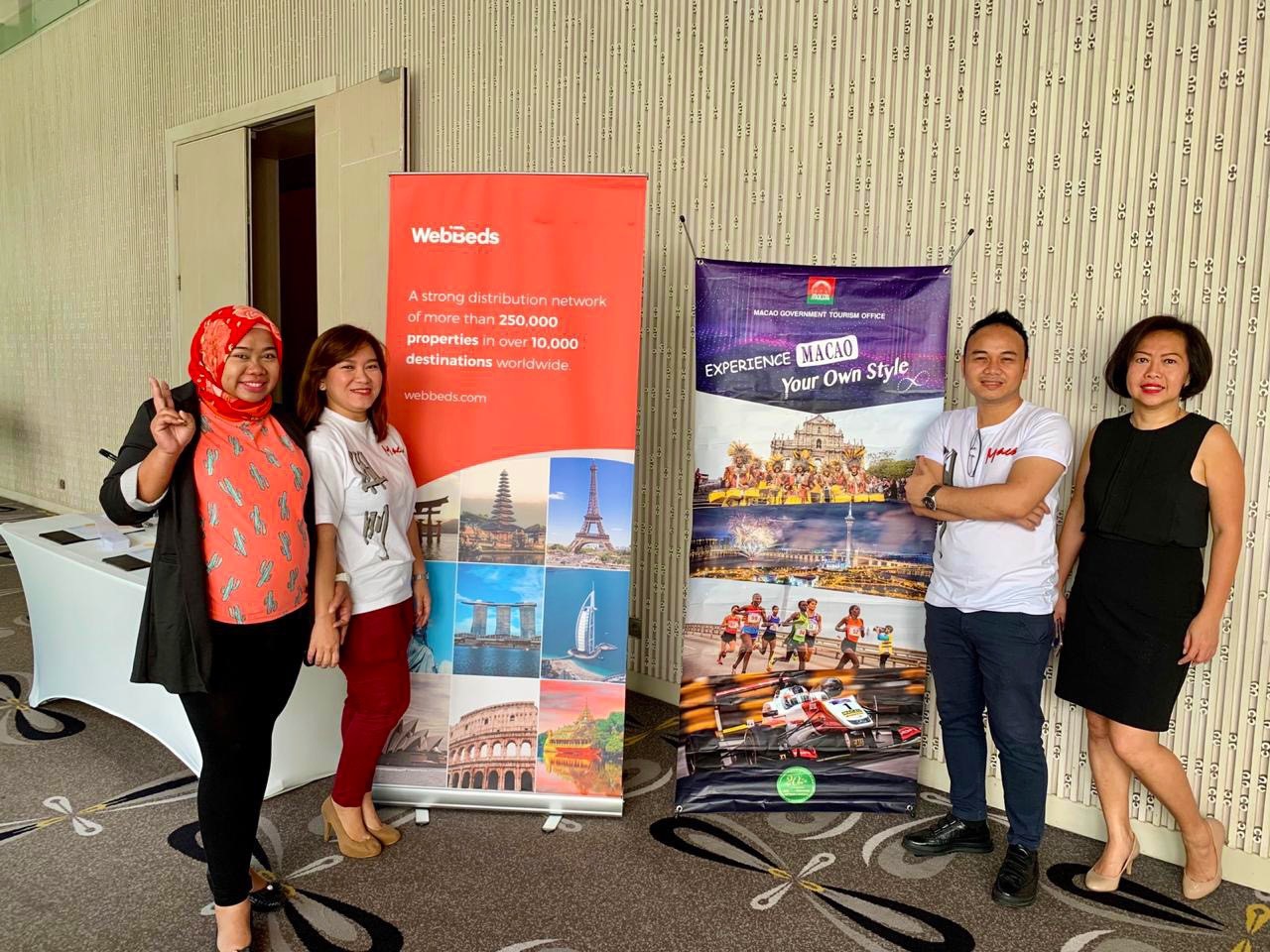 WebBeds, B2B accommodation provider, has penned a major new agreement to promote Macao to the travel trade in Indonesia, as part of the Macao Government Tourism Office’s (MGTO) efforts to attract more visitor arrivals from the country.

Under this exclusive new partnership, WebBeds and the MGTO will embark on a nationwide promotional campaign till 31 December 2019. The campaign began with a workshop hosted by WebBeds for its clients in Indonesia. Held at DoubleTree by Hilton Hotel Jakarta – Diponegoro, this event enabled representatives from the MGTO to meet with local travel agencies and showcase everything Macao has to offer to Indonesian travellers.

WebBeds has also partnered with several prominent hotels in Macao, including MGM Cotai and Hotel Lisboa, which are extending exclusive rates for this campaign.

“Macao is one of Asia’s most dynamic cities with a compelling collection of drawcards for all visitors, from the city’s UNESCO World Heritage-listed heart to the glittering show theatres of the Cotai Strip. We look forward to raising awareness of Macao’s many highlights among our Indonesian clientele, and boosting visitor arrivals from this key Southeast Asian source market,” said Daryl Lee, CEO of APAC at WebBeds.