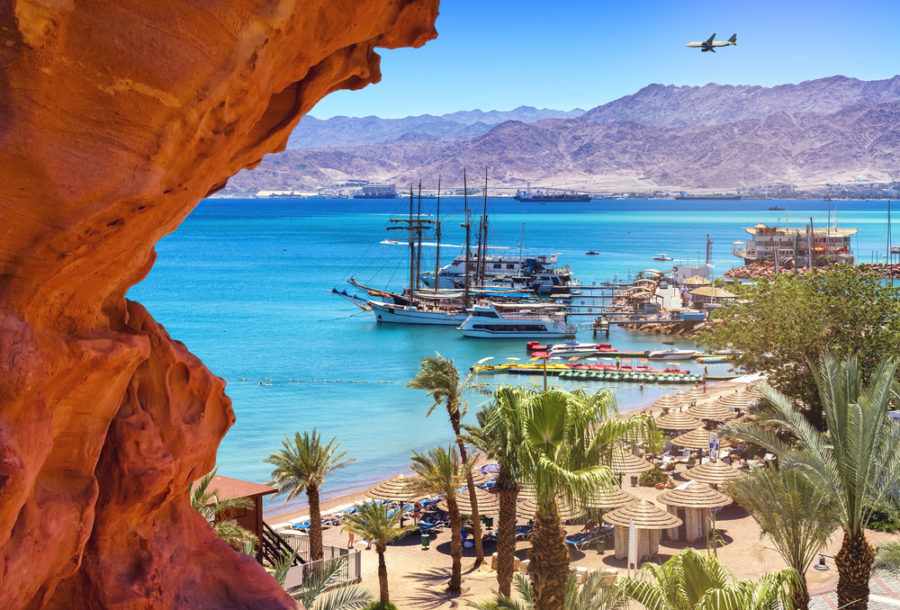 Back in February of 2017 low cost carrier Wizz Air announced it had begun operations of a new direct from London Luton Airport to Eilat, in Israel. Now the Hungarian airline has increased service frequency on the route with a new direct flight – boosting ops from four to five flights a week.

The additional flight is slated to begin flying as of 28 October of this year.

Discussing the new non-stop journey Yariv Levin, Israel’s minister of tourism said “We are delighted that Wizz Air has decided to launch a second route from the UK, its primary route has been from London Luton to Tel Aviv. This is a very exciting time for travel to Israel, with the launch of many new carriers and routes from across the globe. With more carriers flying to Israel it is clear that there is an ever-increasing demand to visit Israel”.

The original service began last year in order to take advantage of the growing interest in travel to the region from British holiday makers – indeed tourism from UK to Israel increased by 10% in 2017, compared with 2016.

As Levin highlighted as he continued his comments “The announcement of Wizz Air’s new route between Tel Aviv and London Luton highlights the growing demand for travel to Israel. Last year, we were pleased to announce that tourism from the UK to Israel has increased by 10% and this is a great indication that we have the support of Wizz Air to help bolster our efforts within the market.”

Eilat is unique for visitors to Israel, offering all the benefits of a modern, vibrant city alongside all the comforts of a luxury resort. Sharon E. Bershadsky, director of the IGTO for UK and Ireland said “Eilat benefits from the warm and dry desert climate all year round whilst sitting on the edge of the amazing Red Sea and surrounded by beautiful mountain scenery – it makes Eilat the perfect winter sun destination”.